‘Proning’ Covid Patients Seems to Save Lives. But How Many? 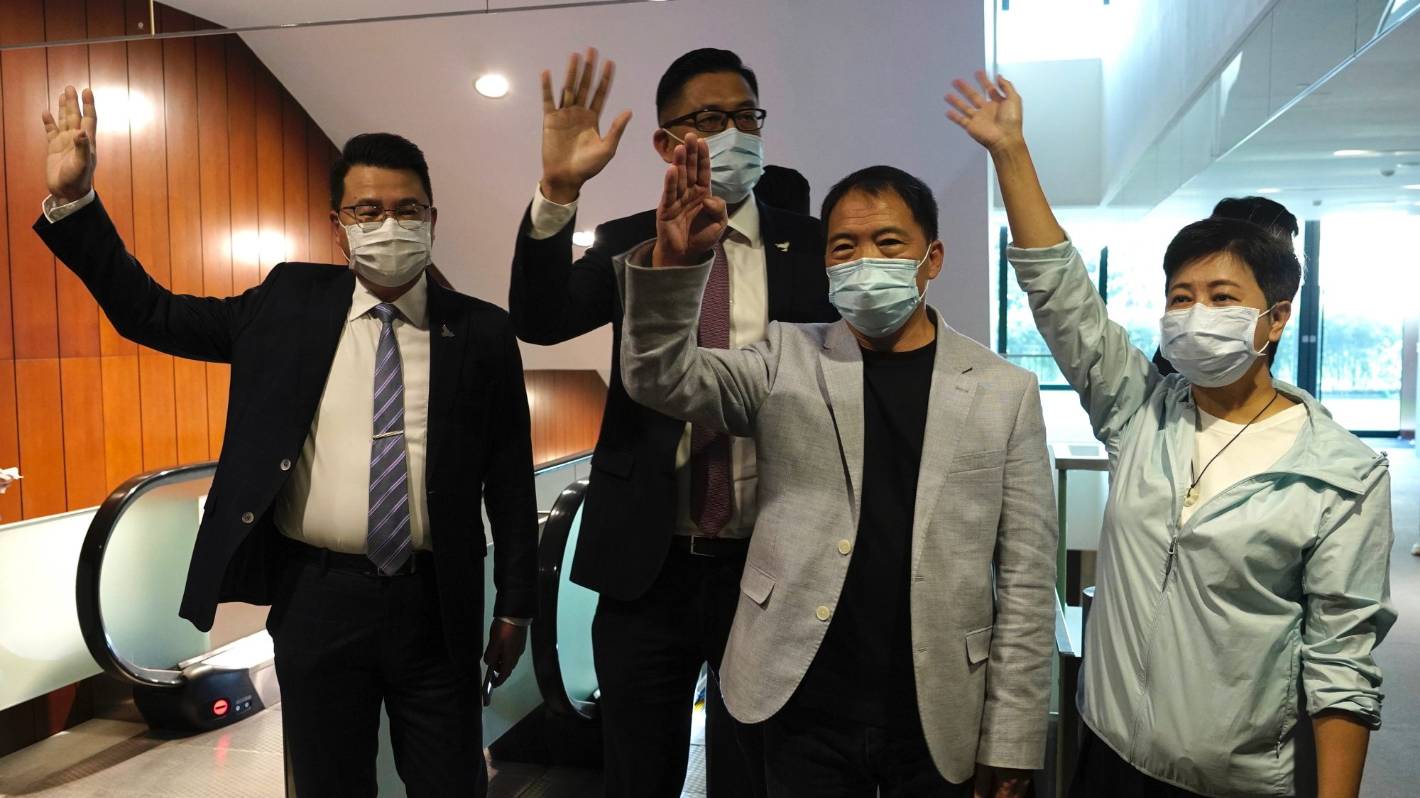 The 15 remaining members of the bloc have said they will resign en masse in a show of solidarity after China’s central government in Beijing passed a resolution this week that led to the four lawmakers’ disqualification.

Most of the 15 did not attend a regular session of the legislature on Thursday, and some later handed in resignation letters at the Legislative Council’s secretariat.

China sharply criticised the move. Its Hong Kong and Macao Affairs Office called the mass resignation “an open challenge” against the authority of the central government and the Basic Law, Hong Kong’s constitution.

“If these lawmakers hope to use their resignation to provoke opposition and beg for foreign interference, they have miscalculated,” it said in a statement.

Wu Chi-wai, the head of the pro-democracy bloc, said the Chinese and Hong Kong governments were trying to take away the separation of powers in the city, since the ousting of the four lawmakers bypassed the courts.

“We lost our check-and-balance power, and all the constitutional power in Hong Kong rests in the chief executive’s hands,” Wu said.

He said it was the end of the city’s “one country, two systems” framework under which Hong Kong has enjoyed autonomy and freedoms not found in the mainland since the former British colony’s return to China in 1997.

Claudia Mo, a pro-democracy lawmaker who also handed in her resignation, added: “We are quitting the legislature only at this juncture. We’re not quitting Hong Kong’s democracy fight.”

Earlier in the day, one of the pro-democracy lawmakers, Lam Cheuk-ting, unfurled a banner from a balcony inside the Legislative Council building saying city leader Carrie Lam had brought disaster to Hong Kong and its people, and that her infamy would last ten thousand years.

The mass departure will leave Hong Kong’s legislature with just 43 legislators, 41 of whom belong to the pro-Beijing bloc. This means that the legislature could pass bills favoured by Beijing with little opposition.

The lawmakers announced their decision to resign hours after the Hong Kong government said it was disqualifying the four legislators – Alvin Yeung, Dennis Kwok, Kwok Ka-ki and Kenneth Leung.

The four had urged foreign governments to sanction China and Hong Kong as China cracked down on dissent in the semi-autonomous Chinese city. Beijing accused them of violating their oaths of office.

A resolution passed this week by the Standing Committee of China’s National People’s Congress said that any lawmaker who supports Hong Kong’s independence, refuses to acknowledge China’s sovereignty over the city, threatens national security, or asks external forces to interfere in the city’s affairs should be disqualified.

“No country will turn a blind eye to acts of betrayal of the country by public officials, including members of the Legislative Council, who break their oaths of office,” Wang said at a daily news briefing.

Britain, the United States and Australia have denounced the move.

Adams said it was “another sad day for the people of Hong Kong” and that the British government has declared it the third breach of the Sino-British Joint Declaration on the territory’s handover since it came into force in 1997 and the second time in the last six months.

He said China’s actions are “designed to harass and stifle all voices critical of China’s policies”.

Hong Kong’s people, he added, are left now with a “neutered legislature”.

“‘One country, two systems’ is now merely a fig leaf covering for the CCP’s expanding one-party dictatorship in Hong Kong,” he said.

In recent months, Beijing has increasingly clamped down on Hong Kong, despite promising when it took control in 1997 to leave the territory’s more open legal and economic systems intact for 50 years until 2047.

Beijing imposed a national security law in June that some have labelled draconian after anti-government protests rocked the city for months last year, and it has used it to crack down on opposition voices.

In response, the US leveled sanctions on several officials, including Lam. Several Western countries have suspended their extradition treaties with the territory, and Australia and Britain have offered Hong Kongers easier paths to settle in those countries.

Earlier in the year, the four lawmakers were barred from seeking re-election in a vote originally scheduled for September.

The government eventually postponed the planned September election by a year, citing the coronavirus. The pro-democracy camp criticised the move as an attempt to block them from taking a majority of seats in the legislature – which was a possibility in the election.