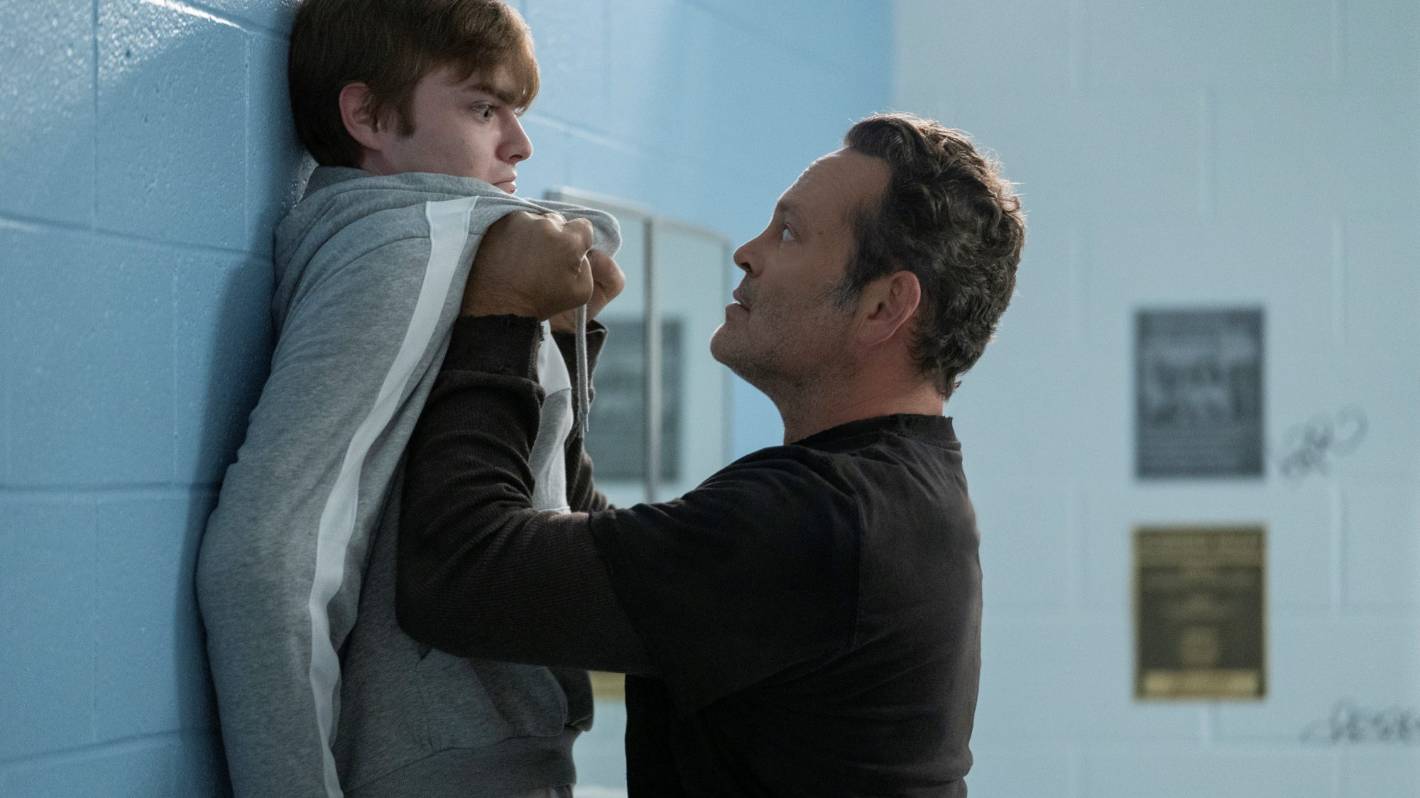 Prelude to a Kiss, Dating the Enemy, The Hot Chick, The Change-Up, Vice-Versa.

The last four-and-a-half decades of Hollywood cinema are littered with body swap tales, mostly mining the conceit for comedic purposes. Likewise, over roughly the same time period, stories of serial killers, especially those who menace teenagers, have generated stacks of money for old tropes.

Leave it to the modern masters of horror then, Blumhouse, to come up with a premise that combines these two movie staples to surprisingly smart, sweet and sassy effect.

Allegedly made under the working title of Freaky Friday the 13th, Freaky director and co-writer Christopher Landon (Happy Death Day) has delivered exactly all that temporary moniker suggests.

Since 1977, the teens of Blissfield have been building up the legend of the Blissfield Butcher. Some say he’s struck every year, while others believe he disappeared more than 20 years ago.

But when a quartet of young people are found brutally murdered just two days out from the school’s Homecoming dance, the whole town is put on edge. That includes the troubled Millie Kessler (Kathryn Newton). Bullied by her peers and singled-out by her woodwork teacher, she’s still coming to terms with the death of her father a year ago – not helped by her mom hitting the bottle and her big sister throwing herself into her work as a policewoman.

When her mother forgets to pick her up after the big game and her phone runs out of juice, Millie finds herself face-to-face with the Butcher (Vince Vaughn). However, just as he’s about to strike a death blow with a dagger he’s stolen, the ancient Aztec sacrificial weapon instead switches their souls. So when they both next come to, the Butcher finds himself surrounded by Panic! At the Disco and Pitch Perfect 2 posters and Millie wakes up to a very different aesthetic to what she’s used to.

What follows is a clever comedy-horror for a post #MeToo world. It’s one that certainly doesn’t shy away from gore, but also isn’t afraid to subvert slasher movie traditions and expectations.

While it doesn’t reach the heights of Scream, it does a more-than-adequate job of giving the audience inventive deaths, astute, pithy observations and generating appropriate tension.

Vaughn, partially atoning for his part in THAT colourised Psycho farrago, follows the Jack Black-Jumanji teen-girl performance template to a T, producing a performance that might just win him a new army of admirers. He’s just outshone though by Big Little Lies’ Newton, who really sells the whole possessed-by-a-serial-killer shtick pretty much through icy glares alone.