In these trying times, let’s all come together to laugh at a cop eating it 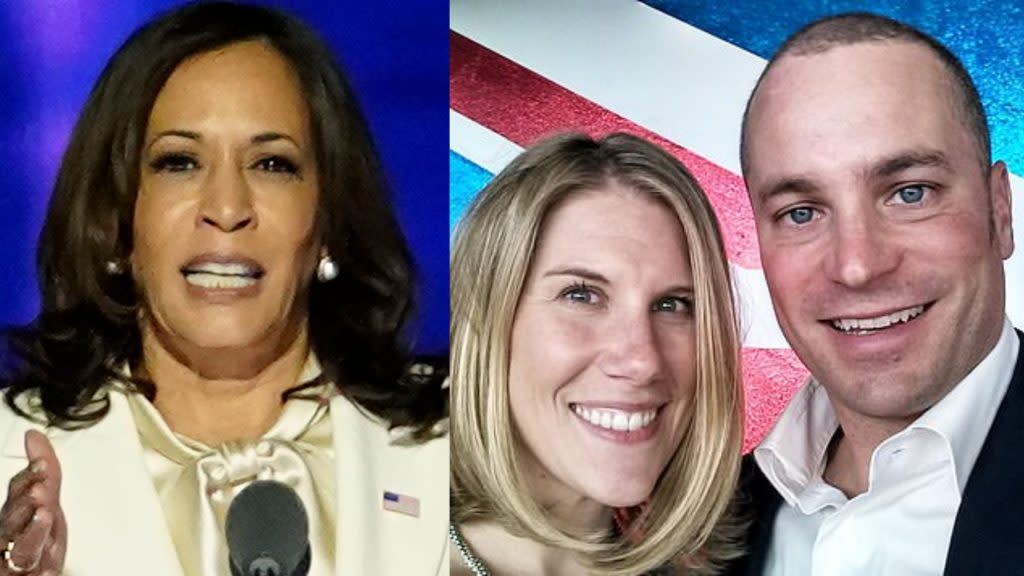 A school board president in the San Francisco Bay Area has resigned after his wife’s racist comments about Vice President-elect Kamala Harris raised an outcry.

Jon Venverloh announced Sunday that he was stepping down from his position with the Las Lomitas Elementary School District in Menlo Park.

His wife, Mehridith Philips Venverloh, tweeted Sunday in response to comments about Harris’s qualifications that “all she needs to be qualified is a black (crude term for female genitalia)! No brain needed!”

She also posted several other crude remarks, prompting dozens of parents to demand her husband’s resignation.

In announcing his resignation, Venverloh said he didn’t agree with his wife’s “reprehensible views” but that given her posts, “I know that my continued service would be a distraction from the work that needs to be done.”

Venverloh, a former Google executive, was elected to the school board in 2018 and had two years left in his term.

Venderloh, a supporter of President Donald Trump, later apologized in another post, saying her “vulgar” words were written “in a moment of disappointment.”

“I am deeply sorry and ashamed,” she said and added that she has been taking medications for a “debilitating neurological disease” but had been weaning herself from them in preparation for a scheduled hospitalization.

“I believe that the change in medication reduced my judgment between right and wrong when I made the posts,” she said.

Other board members of the district, which includes a middle school in Menlo Park and an Atherton elementary school, condemned the remarks as “racially-based and gender-based hatred.”

Have you subscribed to theGrio’s podcast “Dear Culture”? Download our newest episodes now!