Thousands flee as yet another typhoon menaces Philippines

Business as usual? The State of The Bachelorette now that Tayshia Adams is here 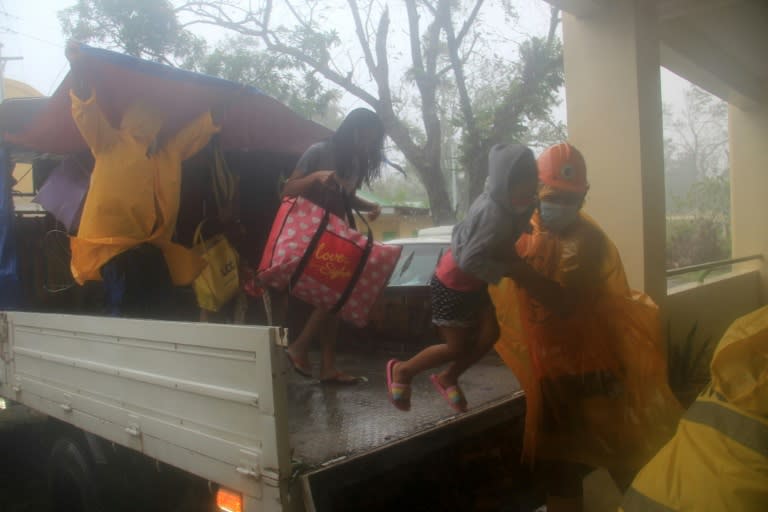 Thousands of people were evacuated from their homes in storm-battered parts of the Philippines Wednesday as the third typhoon in as many weeks barrelled towards the country.

Vamco was expected to graze Catanduanes Island — which was devastated by Typhoon Goni less than two weeks ago — before making landfall on the most populous island of Luzon later Wednesday or early Thursday.

Destructive winds and torrential rain were expected in parts of central and southern Luzon, the state weather forecaster said.

About 50,000 people living in the typhoon’s path would be ordered to leave their homes, said regional Civil Defense spokesman Gremil Alexis Naz.

The Bicol region, which Vamco will cross as it heads towards Manila, is still reeling from deadly typhoons Molave and Goni, which killed dozens of people and left thousands of families homeless.

Swathes of the region remain without power and with only limited or no telecommunication services after Goni — the most powerful typhoon this year — toppled power lines, destroyed houses and flooded roads.

Pre-emptive evacuations of around 400,000 people were credited with saving many lives.

Evacuation efforts on Catanduanes have been complicated this time, however, after Goni destroyed some of its emergency shelters.

“It’s like we are on one percent recovery and then … Ulysses (the Philippine name for Vamco) is coming,” Catanduanes Governor Joseph Cua told local broadcaster ABS-CBN.

“I hope that people will never get tired of helping us.”

Vamco’s winds could reach a peak intensity of 130-155 kilometres (80-95 miles) per hour before it makes landfall, the weather forecaster said.

The weather service also warned of flooding, landslides and storm surges several metres high along parts of the east coast and in the capital.

The Philippines is hit by an average of 20 storms and typhoons every year, which typically wipe out harvests, homes and infrastructure, keeping millions of people perennially poor.