You can buy the first ‘Cybertruck’ in New Zealand

BREAKING: The Crown has disrespected a national treasure 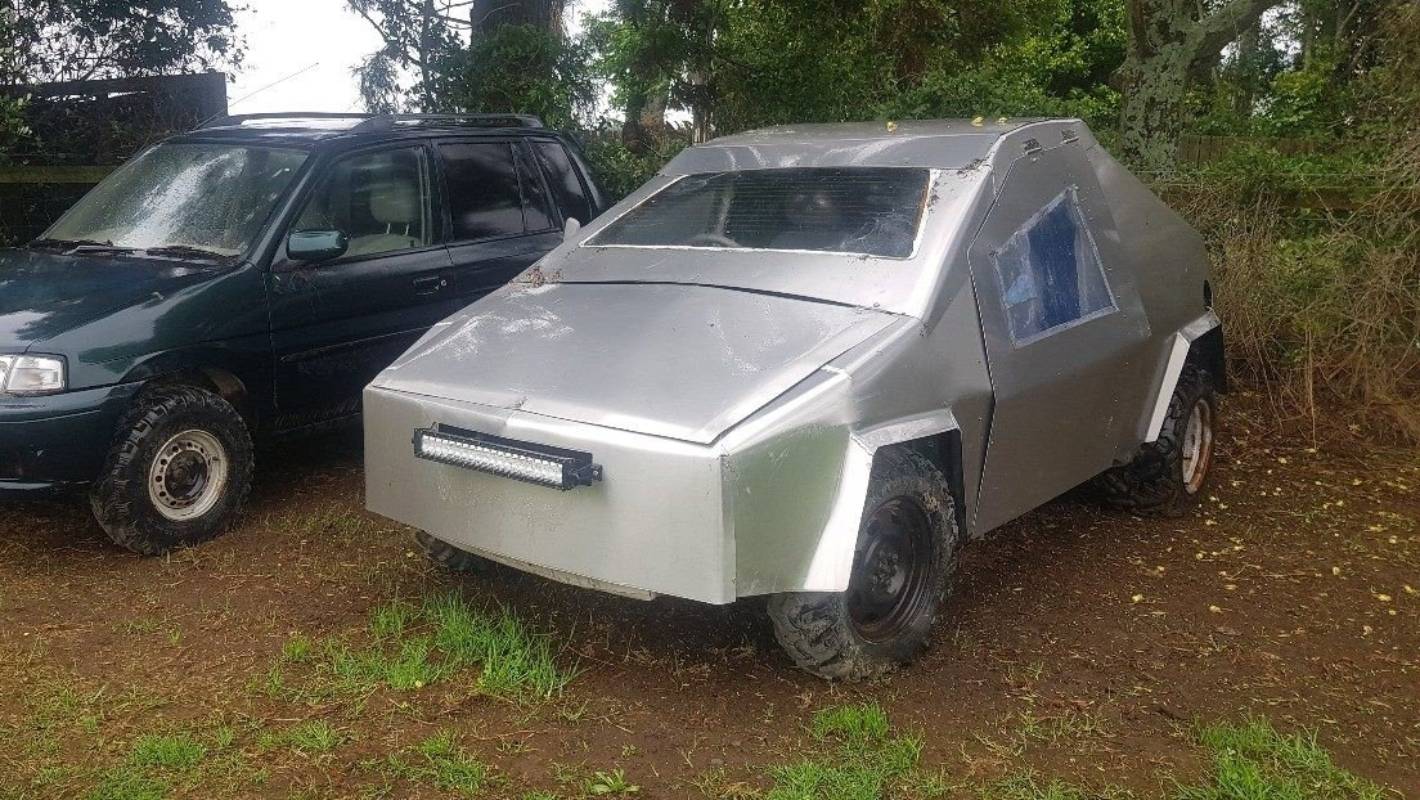 The first ‘Cybertruck’ in the country is on sale now, but there’s a slight catch.

It’s actually a repurposed Toyota Vitz (better known here as the Yaris) from 2000, written off and left to die. The seller, Merv, instead saw an opportunity for some good old Kiwi ingenuity, creating a pretty good likeness to Tesla’s forthcoming Cybertruck out of aluminium.

The auction description isn’t the longest but it confirms the Vitz/Cybertruck runs fine, despite being rolled a few years back.

“I made it look better, that’s debatable, 4WD with mean mud tyres,” it continues. And, yes, there was a Japanese domestic market version of the Vitz/Yaris that was actually AWD.

READ MORE:
* Tesla is worth more but Toyota gets carmaking, Akio Toyoda says
* Tesla delivers more vehicles despite shutdown
* Toyota Hilux is the most searched-for vehicle on Trade Me

The comments section sheds a bit more light on the DIY vehicle.

There are no windscreen wipers, batteries or any of the small bits and pieces to make it road legal, like lights and indicators. But it does have that great wedge shape..

Merv also confirmed he did not, in fact, do any work for DeLorean back in the 1980s. He added that yes, you could well be sued by Tesla CEO Elon Musk for driving the Vitz.

Unfortunately, it is not a “chick magnet” by Merv’s own word, nor can it fly. However, it does have a towbar for towing yachts and it can fit a baby seat, though doing that would be inadvisable.

Ruby Topzand, Trademe spokesperson, told Stuff that this creation is a “brilliant display of Kiwi ingenuity, and we are sure it will tick all the boxes for one of our members and what they are looking for in their next car.”

“The Toyota Vitz is known to be reliable and is a super popular model onsite. In the past 7 days alone, we have seen 3,600 searches for Vitz onsite.

“We have also seen 5,500 searches for ‘Tesla’ in the past week. Cars are in high demand at the moment, with searches and watchlists both up in October when compared with the same month last year.

“In October, the average number of views per car listing was up by 41 per cent when compared to October last year.”