To save lives and the climate, let’s get out of our cars 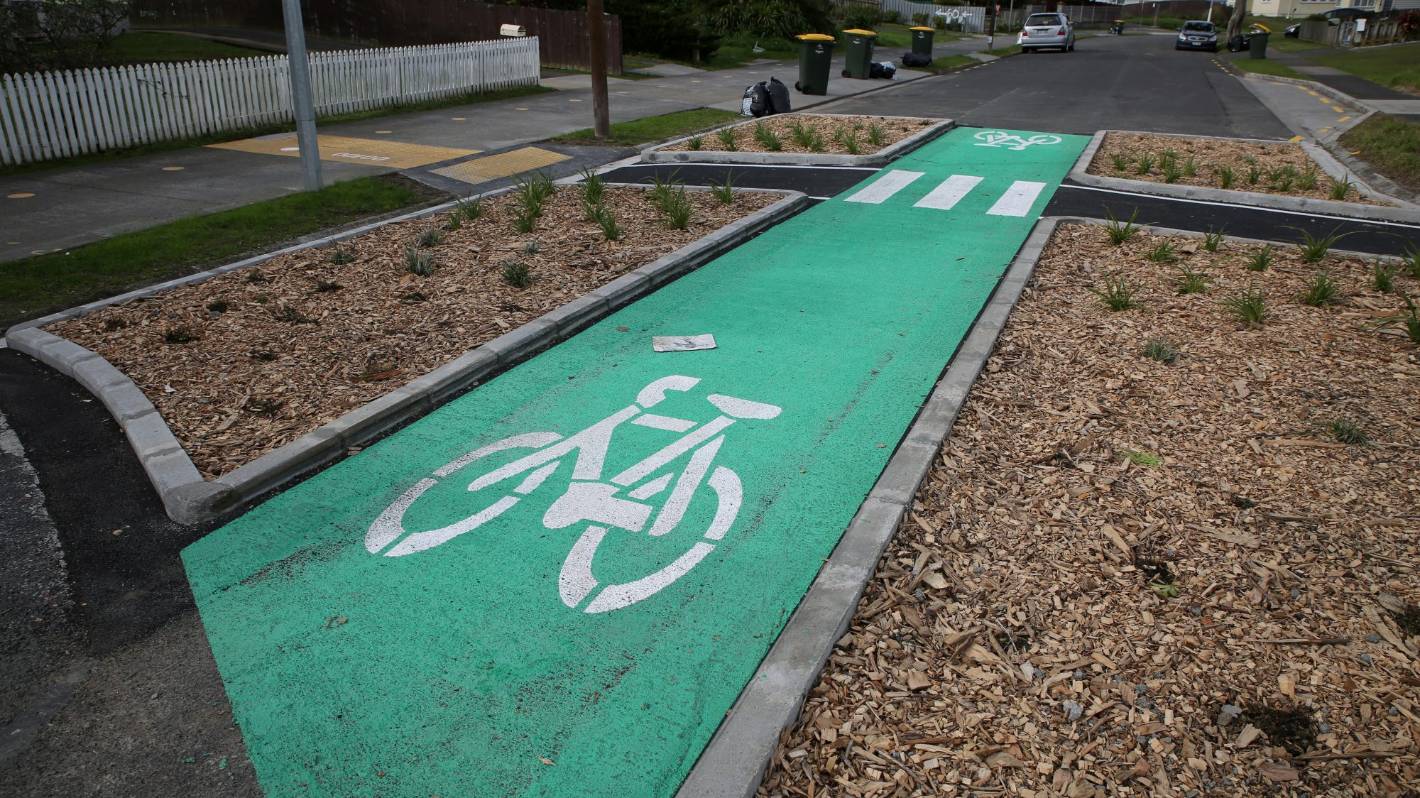 With the memory of quiet lockdown streets relatively fresh in our minds, a new report calls for us to cut road deaths and carbon emissions – by increasingly leaving the car at home.

By spending 20 per cent of our transport budget on cycling and walking, we could cut the country’s road toll – one person dies each day and another is injured every hour on our roads. We’d also shrink our ever-increasing carbon footprint from driving, said report co-author Holly Walker​.

“It’s a win-win on both of those fronts and also on a third front, around social wellbeing. It tends to create cohesive, urban communities.”

The former Green MP began to research road deaths, then realised multiple problems could be solved using a single solution. “It kept striking me that the one conversation we don’t tend to have about road safety is getting people to drive less.”

The plan would identify main thoroughfares through a suburb, where cars could be directed. All streets apart from these would be designated as low-traffic areas and a range of measures to make it safer and more desirable to walk or cycle and to slow car traffic would be introduced.

The community might also choose to close streets (or blocks) to cars during the daytime in shopping and cafe areas or during school drop-off or pick-up times, Walker said.

“We can’t be relying on individuals to make the changes we need if we want to see these different streets and neighbourhoods at scale. We need to get the policy settings right so it makes it easier for people to make different choices.”

During lockdown, the Government launched a $7 million Innovating Streets fund, part of its plans to spend $71m on walking and cycling in 2020/21. Today’s report calls for total spending on active transport to be increased to at least $695m – or one-fifth of our annual $3.5 billion transport spend.

Māngere in Auckland was one of the first to introduce some of these ideas in 2015. Since then, foot traffic has dropped – but by far less than in neighbouring suburbs, Walker said. “What they did do really well in that project was the community engagement.”

Using the Government’s Innovating Streets funding, eight other suburbs will follow in Māngere’s footsteps and introduce low-traffic principles – including Onehunga and Glen Innes.

The two suburbs have a $580,000 pot to reduce vehicle speeds in Glen Innes and car volumes in Onehunga, said Maungakiekie-Tāmaki local board member Peter McGlashan​.

This will allow the council, following public engagement in December, to run “short, sharp trials” to boost walking, cycling and scootering, he said. “Essentially all of the projects need to be finished in June 2021.”

The community will then decide whether to keep the temporary infrastructure, from pop-up roundabouts to bollards and planters, McGlashan said. “As has been seen overseas, if that’s not done in a way which is collaborative with the community, then there can sometimes be some backlash.”

Yet the whole country experienced what it’s like to live in a low-traffic area during the alert level 4 lockdown, Walker said.

“We had this natural experiment that none of us were expecting,” she added. “Suddenly we weren’t driving any more and the road toll dropped dramatically and so did our carbon emissions. People starting talking about how much they were enjoying spending time outside on their street and having their kids ride their bikes on the footpath and feeling safe.”

But even when there’s widespread public appetite for these changes, it can take a long time for council to take notice and implement them.

Walking is a common and healthy form of transport, she added. “We want people to be out enjoying our public spaces.”

A $6.4b plan to ease traffic congestion and boost active transport in Wellington – Let’s Get Wellington Moving – has been running since 2015 and achieved little more than a reduction in speed limits and round after round of consultation. Last year, an estimated $70m was set aside to make the city more walkable, but Blake hasn’t seen any improvements so far.

Walker said local government laws force councils to extensively consult on any changes that may impede traffic. To avoid unnecessary delays, the Government could give councils the power to use experimental traffic orders to trial low-traffic measures for up to 18 months, the report noted.

This would also allow real-time feedback, especially to ensure that disabled, Māori, Pacific and migrant community members’ views are incorporated into plans. It also provides businesses concerned about the loss of car access a chance to see if Kiwis follow their international counterparts and spend more cash in low-traffic areas.

Still, upfront community engagement can’t be skipped, Walker said. The public can show their support for low-traffic areas by banding together, compiling data (such as crash statistics) on their neighbourhood and meeting local politicians, she added.

The report echoes other calls for widespread investment in active and public transport and policies that discourage private car use.

The Helen Clark Foundation is an independent think tank based at Auckland University of Technology. The former prime minister is its patron.