Republicans demand answers about the election — the 2016 election [Video]

Will there be a COVID-19 vaccine soon? 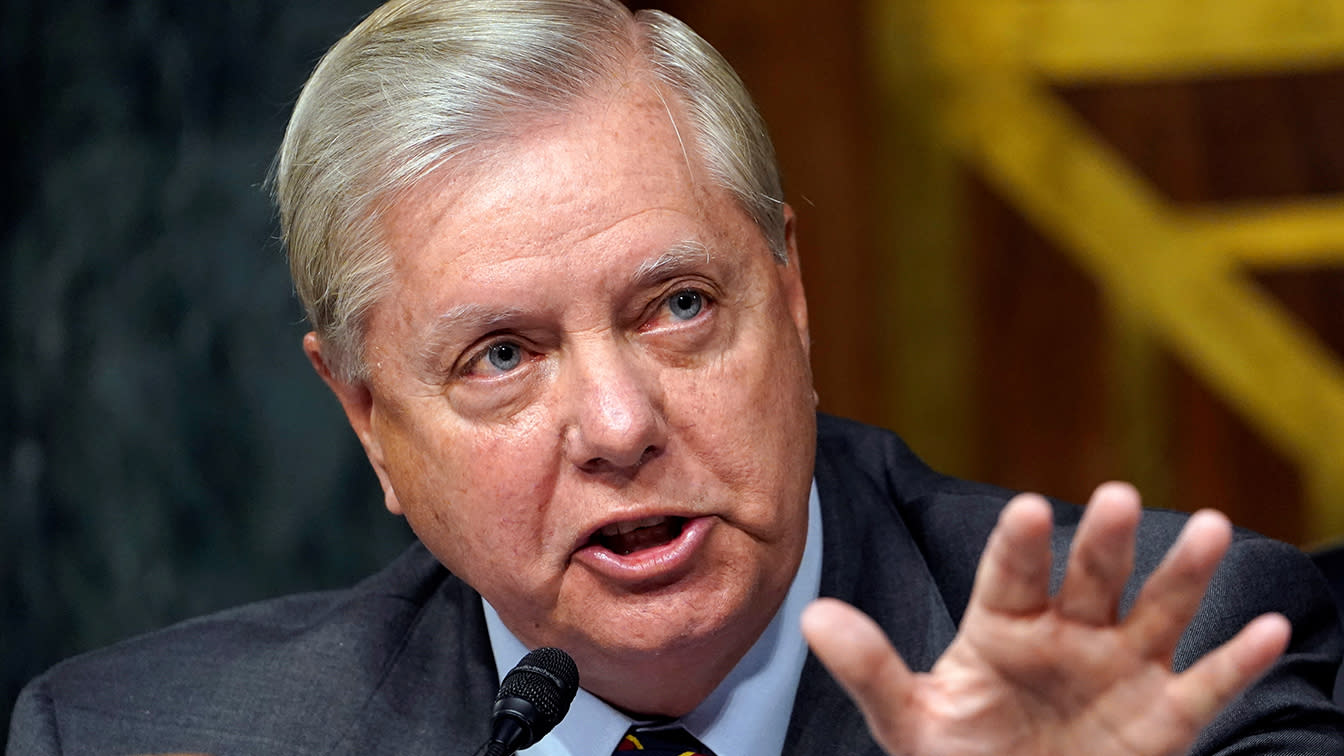 WASHINGTON — Republicans and Democrats are both worried about the presidential election — just not the same one. Tuesday saw them occupy different political realities, and though they have done so for years, the contrast had never been more clear.

Even as President Trump seemed prepared to plunge the nation into a constitutional crisis over his false claims that he, not Democratic rival Joe Biden, won last week’s presidential election, his congressional allies held a hearing on one of their long-standing obsessions, alleged spying on the Trump campaign by the Obama administration in 2016.

The hearing, before the Senate Judiciary Committee, concerned “Crossfire Hurricane,” the counterintelligence investigation into the 2016 Trump campaign and its possible ties to Russia — the infamous “collusion” that Trump has vehemently insisted never happened. The committee is chaired by Sen. Lindsey Graham, who in recent days has forcefully endorsed Trump’s baseless claim that Democrats perpetrated massive, multi-state fraud to hand Biden the presidential election.

Graham was fiercely critical of Trump before he became the Republican nominee. Since then, he has been a presidential golfing partner and, more important, a key congressional ally to Trump. The senior South Carolina senator, who just won reelection, was instrumental in installing both Brett Kavanaugh and Amy Coney Barrett on the Supreme Court.

The hearing on Crossfire Hurricane was evidence that even in its waning days, the Trump administration and its Republican allies on Capitol Hill, who take their cues from the White House, are still fixated on Hillary Clinton and hoping to reap political benefits by highlighting her unpopularity — even though her career in electoral politics is almost certainly over.

In his opening remarks, Graham alluded to last week’s election. “Well the election is over, and they’re still counting the votes and making legal challenges,” he said. That made it seem like the result was open to question, when, in fact, it is clear that Biden has won. Trump’s claims of fraud have been debunked, including by Republican officials in states where results have been questioned by the president’s campaign.

From there, Graham quickly moved to the 2016 contest. Trump lost the popular vote that year and won the Electoral College by the narrowest of margins. He has never stopped complaining that law enforcement and  intelligence agencies put some of his campaign staffers under surveillance, neglecting to mention that they did so because his campaign openly courted assistance from Russia. Nothing has shown that the Obama administration “spied” on the Republicans in the sense of surreptitiously gathering information for use in Clinton’s campaign.

An investigation by special counsel Robert Mueller conducted during the first two years of the Trump administration found compelling evidence that Russian sought to help Trump. There were, however, no criminal charges stemming from that report, much as Democrats wanted Trump allies — or Trump himself — punished for committing what they deemed to be electoral fraud.

As a kind of rebuttal to Mueller, Attorney General William Barr then appointed one of his deputies, John Durham, to conduct an investigation into those counterintelligence operations. Trump and his allies had been hoping that that report would be published ahead of the 2020 election, believing that it would hurt Biden. The president was furious when Barr said last month the report would not be finished in time.

Tuesday’s hearing featured a single witness, former FBI Deputy Director Andrew McCabe, whom Trump and his allies have long fixated on as an enemy. Testifying remotely, McCabe defended his work. “We opened a case because it was our obligation — our duty — to do so,” he said. “We did our job.”

Overall, the affair had the feel of a flagging “greatest hits” tour starring some of conservative media’s favorite characters: Trump campaign surrogates George Papadapoulous and Carter Page, and FBI officials Peter Strzok and Lisa Page. There were predictable allusions to FISA warrants and the infamous Steele dossier, a compilation of unverified and intermittently salacious intelligence about Trump that circulated in the days before and after the election.

Ordinary Americans could be forgiven for forgetting who these figures were or what they did, and who signed off on warrants to wiretap whom, considering that the events in question took place four years ago and were litigated endlessly thereafter in the press and in Mueller’s exhaustive, book-length report.

Committee Democrats blasted the proceedings as pointless and partisan. “Anyone that has tuned into this hearing has the right to be confused. If you were told this is a hearing on a presidential election, it’s true, but not the one that occurred a week ago. We are talking about a presidential election and campaign four years ago,” said Sen. Dick Durbin, D-Ill.

McCabe, for his part, was unyielding about the importance of keeping foreign state actors out of American elections. “Simply put, the Russians and others, will be back,” he warned. “Do not let the recent calm of the 2020 election lure the nation into a false sense of security.”