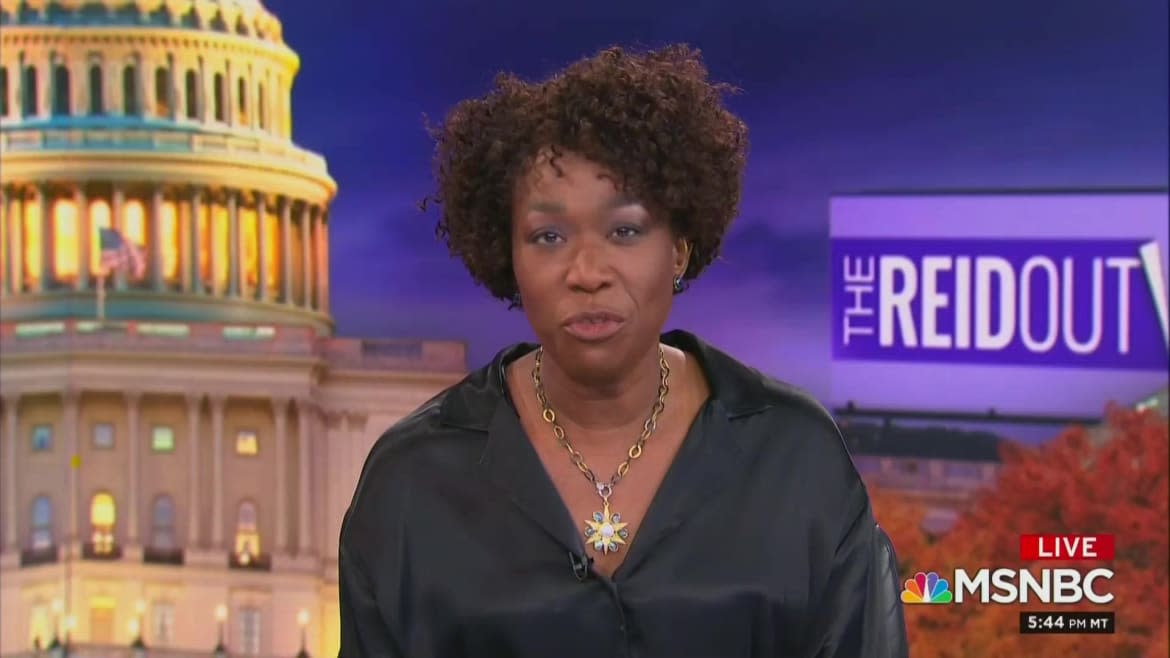 MSNBC host Joy Reid faced mockery from all sides on Tuesday after she confidently made false claims about both the origin of the name of statistician Nate Silver’s data analysis website and the ultimate outcome of the 2000 presidential election.

In a lengthy Twitter thread on Monday night, the liberal cable-news star—a former Daily Beast columnist—attempted to push back against President Donald Trump’s baseless allegations that this year’s election was “stolen” from him due to unfounded claims of widespread voter fraud.

Looking to make the correct case that the margins of victory for President-elect Joe Biden in several key battleground states are too great to be reversed by any lawsuit attempts by the Trump campaign, Reid made a comparison to the contentious 2000 election, which ultimately was decided by hundreds of votes in Florida.

“Here’s the thing: the reason there’s a thing called @FiveThirtyEight is because 538 was the margin in FL when the Republican SCOTUS reversed the 2000 election during a recount, making Dubya the president,” the ReidOut host tweeted. “That’s the kind of margin where races can flip. That’s not what’s up now.”

Social-media users almost immediately mocked Reid for apparently believing FiveThirtyEight refers to the margin of votes in Florida that separated George W. Bush and Al Gore rather than the total number of Electoral College votes; and that the Supreme Court reversed the 2000 election in Bush’s favor, even though Bush was always ahead in the tally. (The court ruled to stop a recount in the state ordered by a Florida court.)

While Reid predictably took fire from right-wing Twitter for her error-laden tweet, the criticism ultimately fell across the political spectrum, including other cable-news stars.

“This isn’t accurate,” CNN anchor Jake Tapper noted in response. “The margin in Florida was 537 votes (538 is the number of electoral college voters); the SCOTUS didn’t reverse the 2000 election (Bush always led in every count).”

The New York Times’ Liam Stack, meanwhile, invoked the 2018 scandal over unearthed homophobic and inflammatory blog posts that Reid initially blamed on a supposed hacking despite eventually apologizing for some of the blog’s content.

“I know everyone is making jokes about Joy Reid getting this wrong today, but did she ever find the hackers who she claimed wrote all that homophobic stuff on her old blog?” Stack wrote on Twitter. “Every time I see her on TV or see her tweets I think about that.”

MSNBC did not immediately respond to a request for comment.