After a year of acrimony, Shane Reti is the nice guy National needs

The elevation of Dr Shane to the deputy leadership may not set the world on fire, but his calm capability will be a balm for the wounded political party, writes Liam Hehir.

The deputy leader of the National Party is Shane Reti (or “Dr Shane” as we are encouraged to call him). The appointment caps quite a year for the Whangarei-based MP who just a short while ago seemed to be languishing in the mid-tiers of party rankings. It seems that he has been rewarded for a strong, reassuring presence for National during a year in which it generally lost the confidence of many of its voters.

That Reti was elected unopposed reflects the fact that he was the obvious choice. He has close ties to leader Judith Collins and has enjoyed her patronage since she landed the top job. He is by no means a sycophant, but having been assisted by her rise to prominence – and rewarding her with strong performances in return – his elevation will help consolidate Judith Collins’ position as leader.

What impact will Reti’s new job have on New Zealand politics? Not much by itself, to be honest – deputy leaderships of any kind rarely do. As former US vice president John Nance Garner famously said, his office was “not worth a bucket of warm spit”.

And it’s not like all of New Zealand has been hanging on the edge of their seats to know who the notional 2IC of National’s much reduced caucus will be.

This is not to dismiss what is a real feather in Reti’s cap, though. It is a significant milestone in a career that previously been characterised by quiet achievement more than anything else. Both he and his family are, I am sure, proud – and ought to be.

But let us be clear: the deputy leadership of the National Party is not, traditionally, much of a stepping stone to glory and political immortality. Let’s look at the last 10 people to hold that office, in chronological order:

There are lots of worthy people in that list and some of them were great MPs. Only one of them went on to become leader. That was Bill English, for whom it happened twice. He also went on to lose the subsequent election – twice.

What Reti tries to make of the position is, of course, up to him.

I have never met the guy but have never heard a bad word about him. One of the reasons he resonated in the campaign is that he presented very much as what he is – a measured, good-natured general practitioner. An upstanding member of the Church of Jesus Christ Latter Day Saints, he is a reliably conservative member of the caucus but not, in any sense, a culture wars bomb thrower.

There is accordingly a strong contrast between how Reti presents and the public persona of his leader. Judith Collins has long cultivated the political persona of Margaret Thatcher reborn. National may see some value in this pairing of conviction and circumspection.

As any set of parents will tell you, there is much to be said for the good cop, bad cop routine. The dynamic probably did not exist with the Collins and Brownlee combination, where you just had two slightly different flavours of belligerence. Whatever Reti delivers for National, it’s unlikely to be more hostility.

If he can master the art of saying “well, what Judith meant was…” then he could prove to be a very valuable deputy leader for National. While that will not make a lot of difference out in the wider world, it might just settle things down for the party itself.

In fact, it might be just what the doctor ordered. 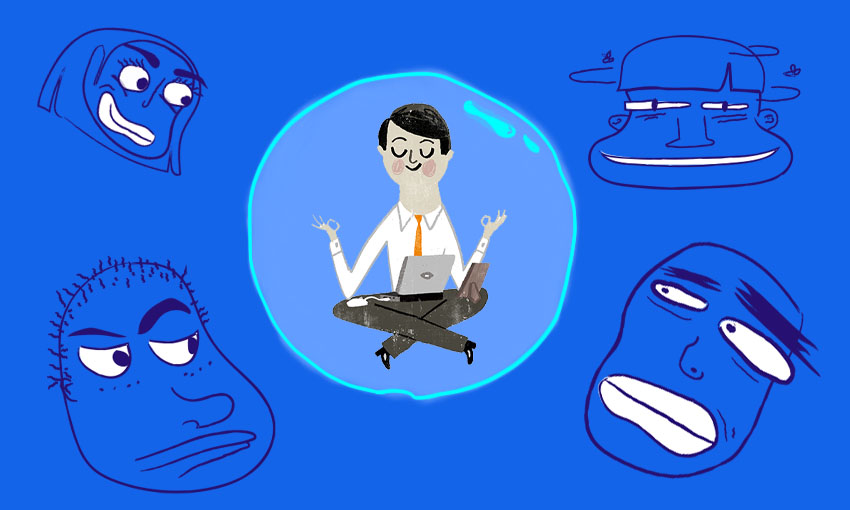 Changing expectations: How to ensure your future employer is good vibes only