After a crash left him a lap behind, Taranaki mini-motocross star fought back to take third place 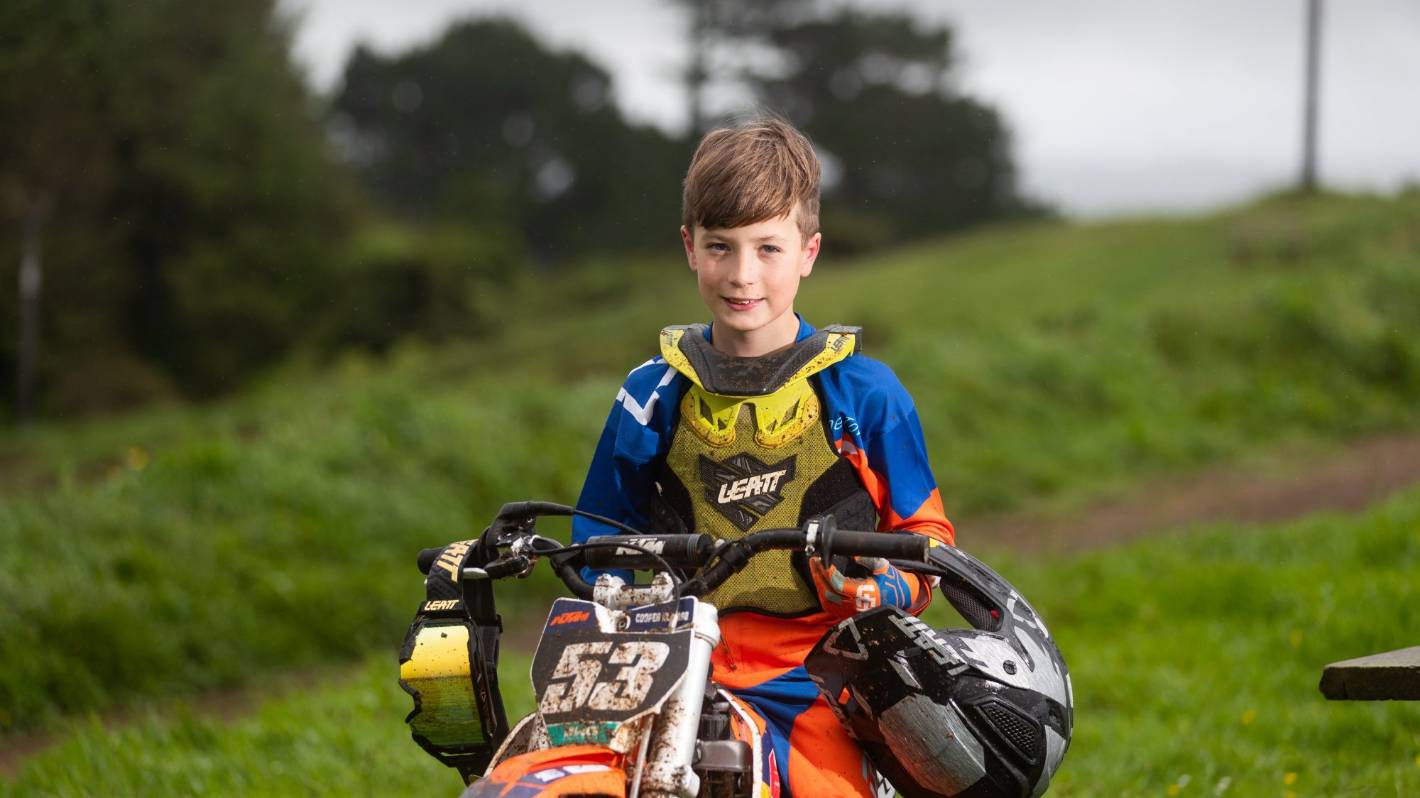 Eight-year-old Cooper Klemra rode his way to third place in the motocross Mini Nationals, but how he got there was even more impressive than winning the medal.

Cooper, who goes to Central School in New Plymouth, was second going into the fourth and last race at the event, which was held in Makarau, North Auckland, at the end of October.

Then he said he had a ‘’big crash’’, which knocked him off his bike and left him at the back of the field.

‘’When I just got back on I was, like, man all this hard work for nothing, but then I remembered Peter Rabbit never gives up, so I didn’t give up.’’

He went from 29th in the field – last and almost a lap behind – to finish 8th, which was enough to put him third overall.

Dad Symon said to see Cooper battle back in that last race was better than any first place trophy.

‘’It was pretty exciting, but not good for a parent’s heart. Terrifying and exciting all at once.’’

Cooper started riding motocross when he was three years old and first competed when he was four.

He has had a few crashes, with the worst in March when paramedics thought he had broken his back.

Symon said when they arrived at Taranaki Base Hospital ED there were ‘’15 specialists waiting to fix him, and I thought thank God we live where we live…to turn up there to know your kid’s in the best possible care.’’

Cooper was fine, but lockdown gave him time to have a good break.

On Saturday mornings during winter Cooper would play rugby and his mum, Daria, played netball. They then would all get into the car and head off to Taupo or Palmerston North or Auckland to be ready to race on the Sunday.

Cooper’s next goal is to win at Woodville, which is the New Zealand Grand Prix and more prestigious than the nationals, he said.

And, longer term, he has his eye on riding professionally in the USA.

Doing motocross is fun, he said. ‘’And you get trophies.’’