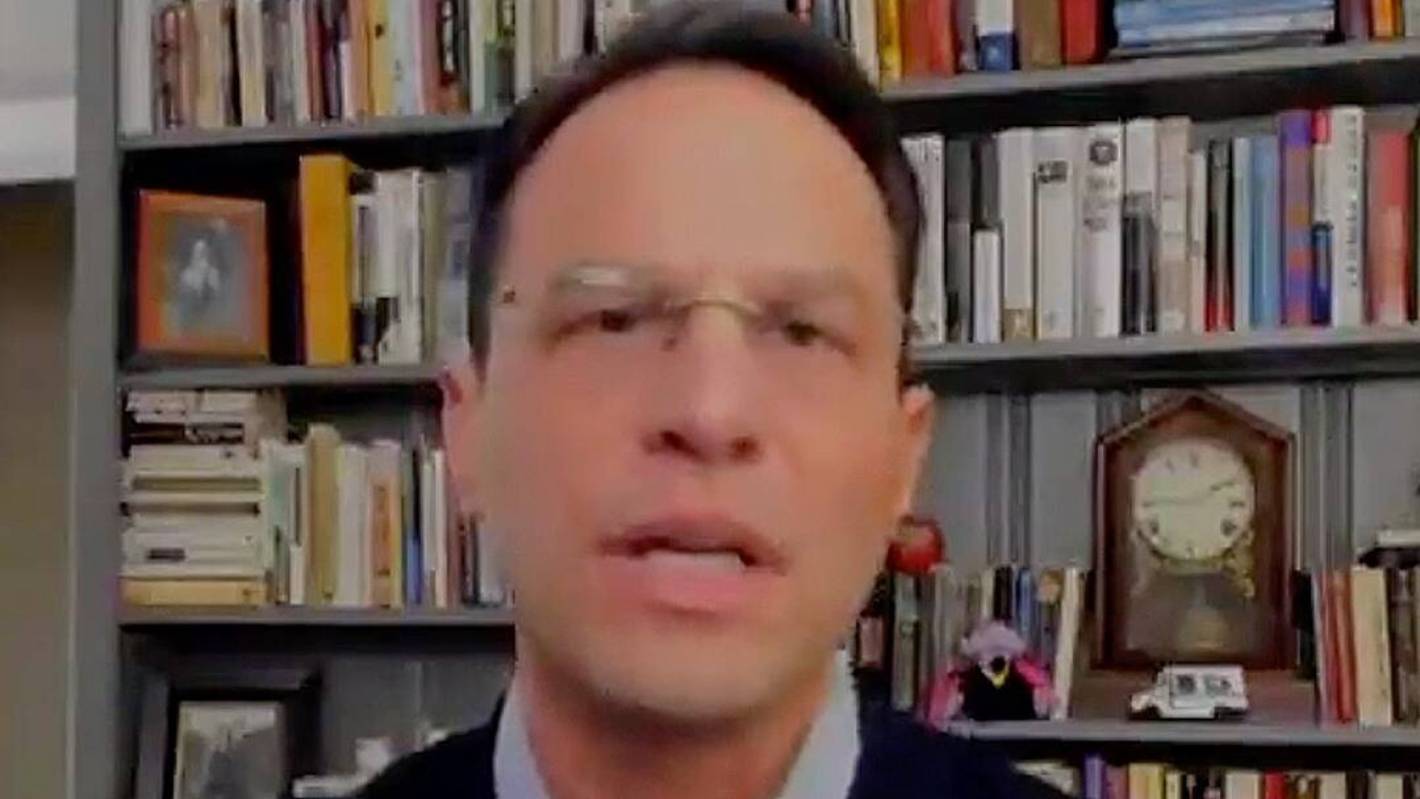 In the words of Bloomberg reporter Justin Sink, “this teen wins election night 4.0.”

With votes still being tallied in the 2020 U.S. presidential election, Twitter users have declared that one teenager has won the internet after a hilarious photobomb on MSNBC.

Pennsylvania Attorney General Josh Shapiro was being interviewed on the show on Friday, Nov. 6, when his son walked into the room wearing a T-shirt and staring at his phone. He looked up and made eye contact with the camera. As he realized he was being broadcast on national TV, the kid slowly backed out of the room in the background of his dad’s conversation. Needless to say, his stealth-like reaction blew up online.

CNN’s Jake Tapper wrote, “I love this so much” along with the hashtag #DadLife. Colleague Abby Phillip called it “Hilarious.”

But perhaps it was Shapiro that had the best response. He owned the father-son moment and joked, “I’m taking his phone away for 24 hours” with a crying-laughing emoji. He added on Instagram, “See, politicians are people too!”

Even former Saturday Night Live star Leslie Jones chimed in. She laughed at the amusing clip and wrote, “YOOOOOO THAT IS FUNNY!! He didn’t even flinch lol.”

Shapiro had a light-hearted comeback, responding, “I can take the kid or the cuckoo clock out of the shot — but not both. Your choice.”

Another comment came in from Kathy Griffin, who called his son a “national treasure,” adding, “We love him!”

Entrepreneur April Underwood acknowledged that many Americans have also been glued to their phones, awaiting election updates. She said, “This kid is all of us,” as viewers have been watching broadcast news for four days straight.

Shapiro’s daughter Sophia summed it up: “My brother is a meme now and I am here for it,” she wrote on Friday.

Watch the clip above, and tune in to NBC News for the latest election results in the race between presidential nominees Joe Biden and Donald Trump.

(E! and MSNBC are both part of the NBCUniversal family.)