Review: The Xbox Series X is a powerful beast, but where are the games? 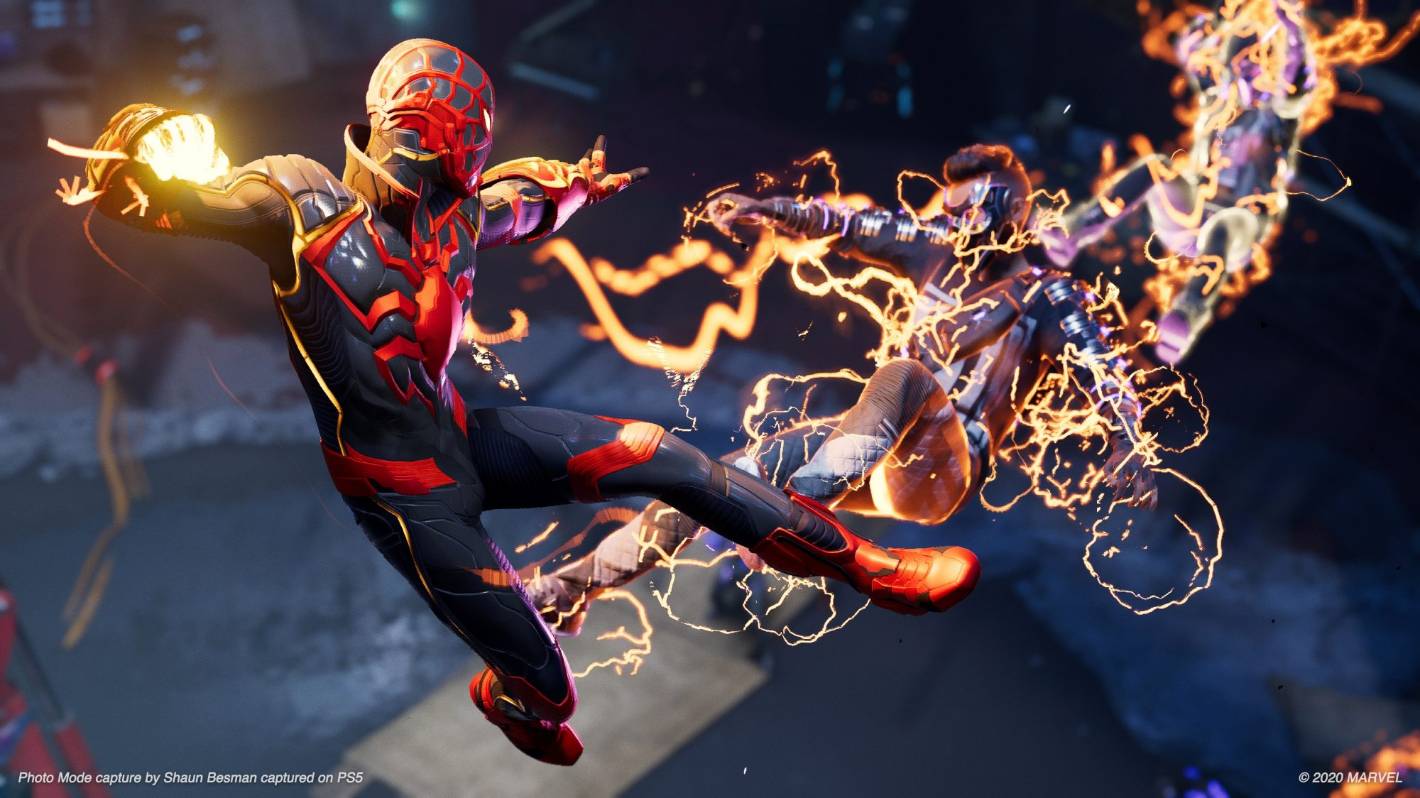 The first big game for the Playstation 5 involves a new version of the popular web-slinging superhero. Is it any good? Chris Schulz meets the game’s creator, and takes it for a spin.

Shards of glass scatter across shoppers as they flee from a thundering hulk rampaging through their mall.

The monster responsible for this destruction is Rhino, an adrenalised, lab-crafted monstrosity covered in armoured plates that allow him to smash through walls, leaving a trail of destruction in his wake.

READ MORE:
* Sony’s new PlayStation 5 will launch November 12
* Marvel’s Iron Man VR review: Feel like Tony Stark, for a little while
* Spider-Man: Into the Spider-Verse: One of the most inventive and beautiful animated films ever made
* Spider-Man at the Movies: Ranking them from best to worst

Spider-Man, the web-slinging superhero, is clinging to his back, desperately trying to steer Rhino away from shoppers and out the mall’s front doors.

This sequence is part of an exhilarating opening for Marvel’s Spider-Man: Miles Morales, the follow-up to the surprise Playstation 4 hit from 2018 that rebooted a flagging Spider-Man video game series, and scored rave reviews in the process.

But this sequel is something more. As the first major launch title for the Playstation 5, Miles Morales lands in stores on Thursday – the exact same day as the hugely hyped next-generation console.

That spine-tingling scene with Rhino is the very first thing many gamers will experience when they unpackage, plug in and boot up their brand new Playstation 5.

“I’m still not ready,” says the Los Angeles-based developer for Insomniac Games. “I’m excited about it. I’m really proud of what we did and the game we have.”

In development for nearly three years, including many months at home as developers quarantined during Covid-19 restrictions, Christian says his team knew early on this would be one of the Playstation 5’s first big games.

They wanted to push the new technology as far as it could go, and that means gamers will notice plenty of instant improvements from the first Spider-Man game.

It means making the most of the Playstation 5’s new Dualsense controller, with its haptic capabilities and 3D audio.

And it means improved graphics, which is a big deal: in Miles Morales, gamers spend much of their time web-slinging their way through New York, something that never gets old.

“We’ve really been able to take advantage of that,” says Christian. “We put this version of New York in wintertime, and that means a lot of wet surfaces. It really shows off the ice and snow … (the Playstation 5) is perfect for showcasing the ray tracing.”

That opening scene involving Rhino rampaging through a mall is the first taste gamers will get of all that new technology.

Christian admits they worked hard to make that sure that scene played out perfectly.

“Being able to go from the open world to show that fidelity inside, the destruction, the action, then pop out and have it all seamless is a big challenge for us,” he says.

“That moment is on the sticks. We had to make you feel like you have control over it. It’s big for us … it’s a lot of work.”

Being the first launch title for the Playstation 5 isn’t the only reason gamers are keen to get their hands on Miles Morales.

It’s the first time gamers have been able to play as this version of Spider-Man, a coloured superhero who first appeared in comic books back in 2011 following the death of Peter Parker.

Developers Insomniac worked closely with Marvel to make sure they stayed true to the character’s origins.

But they were allowed to have some fun with him too.

“You’re really going to grow and learn to be the new Spider-Man,” promises Christian. “You’re going to experience new powers and new abilities as Miles is exploring them.”

Those include new combat techniques, cloaking and camouflage abilities and “biologic venom” powers that are on display from that brutal showdown with Rhino onwards.

With more movies, TV shows and comic books in the works, there seems to be no end to the love shown for Spider-Man stories.

Christian believes it’s the superhero’s sense of fun that has made him last the distance.

“He’s relatable in a lot of ways. He doesn’t take himself seriously. He purely enjoys being a superhero and it’s reflected in his personality and his actions.

“He loves being Spider-Man, he loves protecting New York (and) he has fun doing it.

“I think people really gravitate towards that.”

* Marvel’s Spider-Man: Miles Morales is out for the Playstation 5 from Thursday.