A swamp full of fools: Who plays who on The Comey Rule 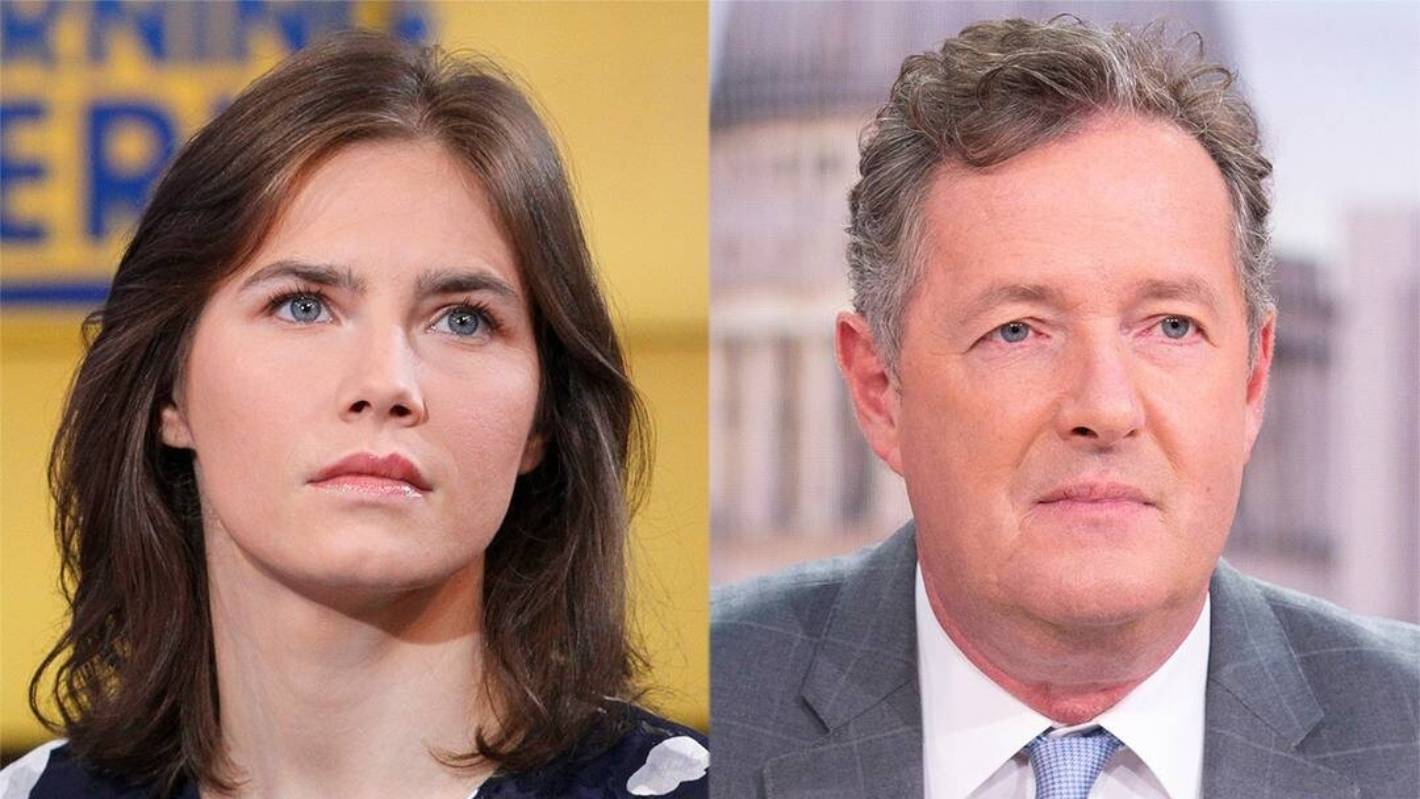 Amanda Knox will not be bullied by controversial media personality Piers Morgan.

On Wednesday, Nov. 4, Amanda went on Twitter to make a joke about the still-undeclared Presidential race between current Commander-in-Chief President Donald Trump and former Vice President Joe Biden. With many on social media expressing fear and anxiety over the outcome, Amanda tweeted, “Whatever happens, the next four years can’t be as bad as that four-year study abroad I did in Italy, right?”

Amanda, an American and then college student, was wrongfully convicted of killing her British roommate Meredith Kercher in 2007 when the women were studying abroad in Perugia, Italy. She spent four years in prison before her conviction was overturned by appeals court and she was released in 2011.

Piers accused Amanda of insensitivity, replying, “I can think of a 21-year-old British girl named Meredith Kercher who had a far worse time than you in Italy. Remember her? How dare you make a joke of it.. you disgusting piece of work.”

Amanda defended her joke, writing back, “Occasionally I joke about my wrongful conviction & imprisonment in Italy. I’m allowed to joke about my own trauma. I didn’t joke about the Kercher’s. I didn’t kill Meredith. Rudy Guede did, & you know it. Stop exploiting Meredith’s name to victim blame me. You’re pathetic.”

In October 2008, Rudy Guede was convicted of killing Meredith and sentenced to 16 years in prison.

This is not the first time Piers, who previously worked with Meredith’s father, has come for Amanda. In 2019, the former Celebrity Apprentice star tweeted in response to Amanda’s appearance at the Criminal Justice Festival in Modena, Italy, “Out of respect for Meredith Kercher’s poor family, Amanda Knox should stop her self-pitying ‘all about me’ victim tour – and shut up.”

The Truth About Crime podcast host clapped back with, “Says the guy who’s begged me to be on his show multiple times, and I’ve turned him down every time.”

Amanda now wants to use her experience battling the legal system to help others.

“For me, I spent four years in prison and that was horrible. I’ll never get those years back,” Amanda explained on The Dr. Phil Show in 2019. “But there are people in prison right now who have been inside longer than I have been alive.”