Good morning and welcome to The Bulletin. In today’s edition: Trump claims fraud with Biden holding slight edge, unemployment rate rise not as bad as feared, and Kim Dotcom extradition case to drag on further.

If you switched the US election off early last night, you’ll probably have missed one of the most remarkable moments of world history in our lifetimes. Reasonably orderly transitions of power have always been a hallmark of the admittedly deeply flawed US democracy. But late last night, the sitting president of the United States stood at a White House podium, claimed to the world that an ongoing election was being stolen from him through fraud, and that the campaign would vigorously contest the continued counting of votes in several key states through the courts.

Many of the claims made in Donald Trump’s speech were flatly wrong. It got to the point where at least one TV network simply cut away from the speech, to avoid broadcasting falsehoods. Twitter put a ‘misleading content’ statement on a Trump tweet making much the same argument – Facebook did the same. Even Fox News hosts, who are normally in the tank for Trump, gave the claims little credence. But none of that changes the fact that the comments still happened, and revealed exactly how Trump’s campaign plans to proceed from here. This sort of outcome was predicted in advance – it was known as the ‘red mirage’, in which Trump could claim a conspiracy on the basis of what the early count showed, rather than the full count. Biden’s speech, by contrast, merely involved thanking supporters, and expressing confidence that when the full results were in his campaign would win – there was a clear qualitative difference between the two candidate’s remarks.

But one thing that it did all highlight: Joe Biden’s campaign failed to decisively put it away on the night. With plenty of mail-in ballots still to be counted in key states – these tend to lean to the Democrats – he still feels like the favourite to eke out a win, provided every vote does actually get counted. And nationwide, it is looking unlikely that the Democrats will be able to retake the Senate, meaning they’ll be severely hamstrung even if Biden wins. You can go back through Catherine McGregor’s excellent live blog from the day to see how it all unfolded.

So what is the current state of play? As our live tracker shows, Biden is currently on course to win 270 Electoral College votes – just enough to win the election overall. Washington Post projections show he leads in Nevada, Michigan and Wisconsin, and is seen as marginally more likely to hold those leads because of the composition of the votes still to be counted. Pennsylvania is also in play, with Trump currently holding a big lead, but more than three million votes still to be counted, many of which will lean blue. A useful New York Times article – albeit written before Arizona was locked in for Biden – outlined the potential paths to victory from here. Bear in mind, it will take days before we know the final results, and the widely respected Associated Press has declined to call a winner in the presidential race yet.

And as for the state of the nation? The much-feared violence didn’t really materialise on the day, which is hugely positive. But the actions of Trump are likely to severely test the constitutional fortitude of the US, writes Tom McTague on The Atlantic, a test that the country’s institutions are not at all assured of passing. We’ve republished a piece from an expert on democracies sliding into autocracies, who has outlined how Trump’s tactics are eerily familiar to anyone who’s watched the process play out in other countries. If this all feels too pessimistic, the view from Wellington is less bleak – outgoing ambassador Scott Brown spoke to Justin Giovannetti about why he feels this election shows the vibrancy of American democracy.

In other news, the unemployment rate has gone up again in the latest quarter, but the rise is less bad than expected. Michael Andrew reports it has gone up to 5.3%, with the underutilisation rate up to 13.2%. Taken together, that shows that the economic impact of Covid-19 isn’t just in the direct loss of jobs – there’s a more general phenomenon of loss of work. Both rates are likely to increase again in the next quarter.

A decision has come from the Supreme Court on whether Kim Dotcom and his co-accused can be extradited to the US. As Toby Manhire reports, the answer is yes, but it will still be subject to a judicial review (the whole thing is a bit more complex than that, I’ve simplified it here.) So in sum, Dotcom will continue to reside in New Zealand for the foreseeable future, and the long arm of the US legal system can’t quite get him yet. But it all does appear to be heading in the direction of extradition.

The wage subsidy paid out to construction firm Fulton Hogan is raising eyebrows and anger, in light of a massive payout to shareholders. This piece on Stuff by columnist Bernard Hickey is a must-read, and gets right to the heart of the matter – that some economically rational decisions made by companies should also be seen as socially unacceptable. And it further raises the prospect of the recovery from Covid resulting in a massive transfer of wealth to those who are already rich, a phenomenon that has also been seen in the housing market.

A heated meeting has taken place over the Wellington spatial plan, reports the NZ Herald’s Georgina Campbell. It involved some… interesting comments… about the current need for housing in the city, particularly with regards to heritage. But again, the point was stressed by some attendees that right now the capital is locking young adults out of the opportunity to live there.

The hemp industry is lamenting a no vote in the cannabis referendum, reports Farmers Weekly. That’s because it would have given an opportunity to push further for production of CBD, a medical product which has been taken up quite widely overseas. Industry reps are still hopeful that conversation can take place, but the no vote makes it a lot more difficult. By the way, the final results of the referendum will be known tomorrow, when the special vote tallies are announced – it’s possible but highly unlikely that the current no vote will be overturned.

Right now on The Spinoff: Jeremy Todd writes about how the neighborhood around Eden Park has moved beyond the “noisy nimbys”. Michael Andrew goes to a six-star rated sustainable building to see just how sustainable it has to be to get that rating. Chair of Te Rūnanga o Ngāi Tahu, Lisa Tumahai, explains why the iwi is taking the Crown to court over freshwater protection. Gareth Shute writes about a company extracting lithium and other strategic minerals from geothermal energy. And Alice Webb-Liddall reports on new research into rheumatic fever, that hopes to stamp out the preventable illness in NZ.

For a feature today, a remarkable first person piece from a rugby player who hid his sexuality. Writing in the Sydney Morning Herald, former Wallabies prop Dan Palmer discusses the toll that took on him and his mental health, especially in trying to fit into the often overtly heterosexual sporting world. The piece is touching, and at times hard to read. Here’s an excerpt:

Living alone in a foreign country, while unable to speak the language, forced a degree of introspection that I doubt would have been possible had I stayed in my comfort zone.

As painful as it was, my year in France was the most transformative of my life. After re-reading those last few sentences I realise they may suggest some kind of blissfully enlightened rebirth onto greener pastures – I promise, that is not how it went.

After overdosing on painkillers and waking up in a pool of the previous day’s food, it was clear to me that I was rapidly self-destructing and that something had to change.

The Indian Premier League semifinals are here, and a trio of New Zealanders will be in action. Tournament leaders Mumbai Indians have quick bowlers Trent Boult and Mitchell McClenaghan in their squad, with Boult playing a reasonably prominent role over the campaign. The Sunrisers Hyderabad have Kane Williamson, who had an important role in the middle order as the team snuck into the playoffs. The Delhi Capitals and Royal Challengers Bangalore have no New Zealanders, so here’s hoping they get bundled out. The playoff standings mean the end of otherwise strong tournaments for Lockie Ferguson of Kolkota, Jimmy Neesham of the Kings XI Punjab, and Mitchell Santner of the Chennai Super Kings. 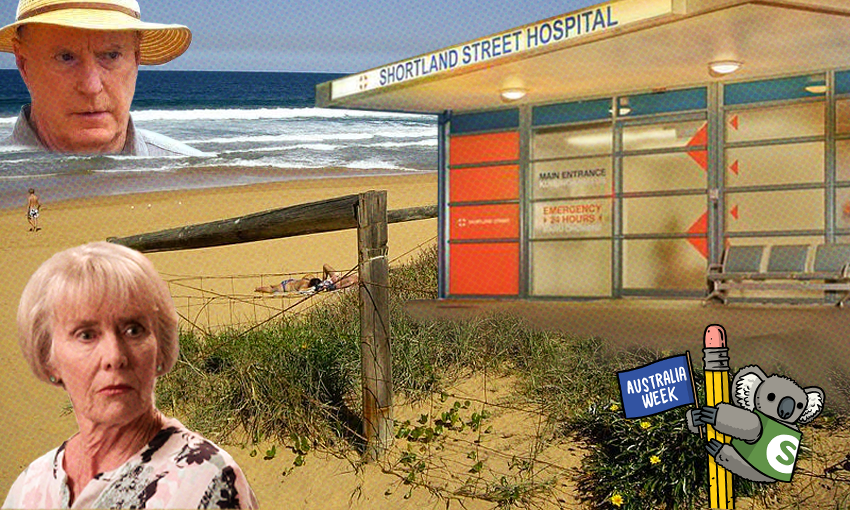