3 winners and 4 losers from Week 8 in the NFL 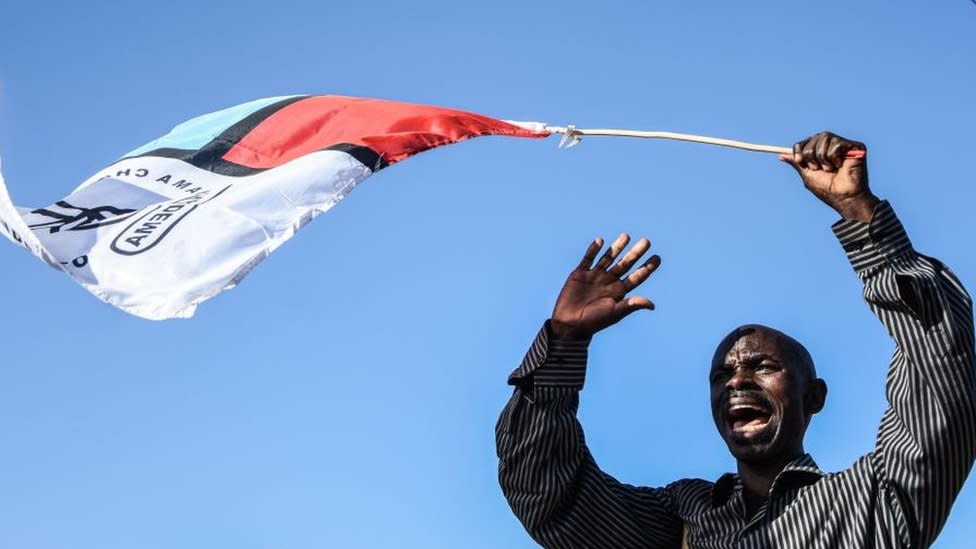 Police in Tanzania have arrested the chairman of the main opposition party in the wake of a disputed election.

Freeman Mbowe was detained, along with two other Chadema leaders, for planning violent protests, according to the police.

President John Magufuli was re-elected with 84% of the vote, Friday’s official results showed.

But the opposition said Wednesday’s poll was fraudulent and called for peaceful demonstrations.

Chadema’s presidential candidate Tundu Lissu told the BBC’s Newsday programme that he had also heard of the arrest of party leaders in other parts of the country.

What is the opposition saying?

Mr Lissu received 13% of the vote, the National Electoral Commission (NEC) said. He alleged last week that his party agents had been prevented from entering some polling stations where ballot boxes were tampered with.

Over the weekend, the leaders of Chadema, including Mr Mbowe, and another opposition party, ACT-Wazalendo, urged their supporters to come out in large numbers to peacefully protest and demand fresh elections.

But the police have said that intelligence reports suggested that the opposition was planning to burn down markets and petrol stations.

ACT-Wazalendo leader Zitto Kabwe said on Saturday that the decision to protest was for “the future of our country”.

“We cannot accept going back to a one-party system,” he added.

The ruling CCM party governed Tanzania from 1977 to 1992 as the only legally allowed party, and has won every multiparty election since. It was formed in a merger of the Tanganyika African National Union, which governed from independence in 1961.

Mr Magufuli was first elected in 2015.

In some ways, things have gone back to normal and this city, the country’s commercial hub, is busy once again after last week’s general election.

But a significant presence of anti-riot police in two parts of Dar es Salaam indicate that not everything is normal.

These were supposed to be the two starting points for the opposition demonstrations called for today, but by lunchtime there was no sign of the protesters.

Police have threatened to use force to detain anyone who takes part in street demonstrations.

Some are saying that now the election is over, things should go on as before, others though have expressed an interest in protesting but feared the reaction from the authorities.

How credible was the election?

The NEC has dismissed the opposition’s claims of fraud and its head, Semistocles Kaijage, said allegations of fake ballot papers were unsubstantiated.

And on Friday an observer mission from the East African Community said that the election was “conducted in a regular manner”.

Last week, the US embassy in Dar es Salaam said that “irregularities and the overwhelming margins of victory raise serious doubts about the credibility of the results… as well as concerns about the government of Tanzania’s commitment to democratic values”.

What happened in Zanzibar?

As well as taking part in the Tanzanian elections, voters on the semi-autonomous archipelago of Zanzibar also elected their own president, and the CCM candidate Hussein Mwinyi was declared the winner with 76% of the votes.

His main rival, ACT-Wazalendo’s Maalim Seif Sharif got 19% – his biggest defeat in any presidential election he has taken part in. He also called for protests.

Mr Mwinyi was sworn in on Monday.