US man shot by police was experiencing ‘mental health crisis’, protests and looting break out

All these new queer MPs are fantastic news. But where are their disabled peers? 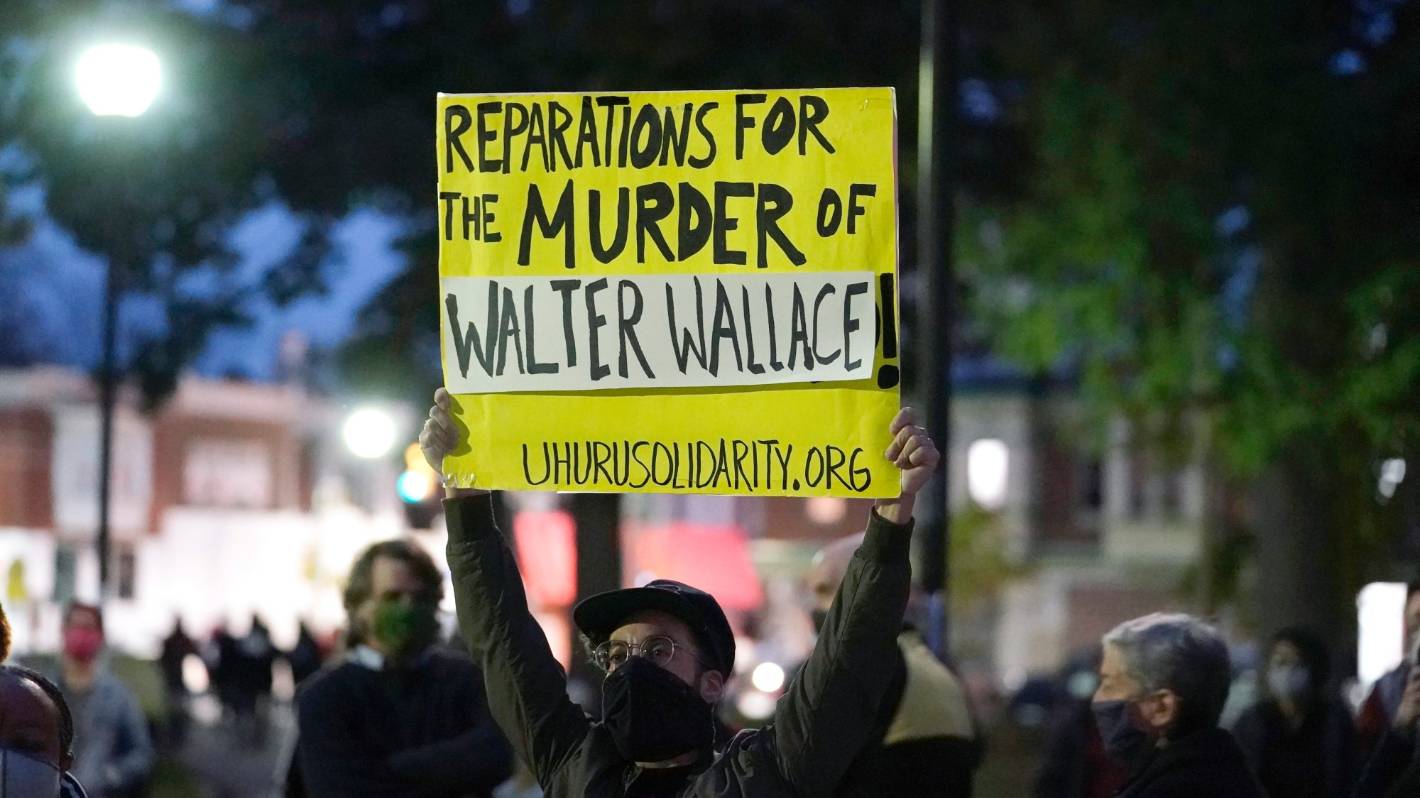 The family of a black man killed by Philadelphia police officers in a shooting caught on video in the US had called for an ambulance to get him help with a mental health crisis, not for police intervention, their lawyer said.

Police said Walter Wallace Jr, 27, was wielding a knife and ignored orders to drop the weapon before officers fired shots Monday afternoon. But his parents said Tuesday night that officers knew their son was in a mental health crisis because they had been to the family’s house three times on Monday.

Cathy Wallace, his mother, said one of the times, “they stood there and laughed at us.”

“When you come to a scene where somebody is in a mental crisis, and the only tool you have to deal with it is a gun … where are the proper tools for the job?” Johnson said, arguing that Philadelphia police officers are not properly trained to handle mental health crises. Johnson said Wallace’s brother had called 911 to request medical assistance and ambulance.

About 500 people had gathered at a West Philadelphia park Tuesday night (local time) and began marching through the neighbourhood, chanting. There were sporadic reports of arrests in other areas of the city Tuesday night around 9pm.

Video showed people streaming into stores and stealing goods as they left on the opposite side of the city from where Wallace was shot. The Philadelphia Office of Emergency Management tweeted around 9:30pm. Tuesday, cautioning residents in eastern Philadelphia to remain indoors.

In Washington, the White House issued a statement just before 1am Wednesday asserting that the unrest was another consequence of “Liberal Democrats’ war against the police” and that the Trump administration “stands proudly with law enforcement, and stands ready, upon request, to deploy any and all Federal resources to end these riots.”

“Law enforcement is an incredibly dangerous occupation, and thousands of officers have given their lives in the line of duty,” said the statement from press secretary Kayleigh McEnany. “All lethal force incidents must be fully investigated. The facts must be followed wherever they lead to ensure fair and just results. In America, we resolve conflicts through the courts and the justice system. We can never allow mob rule.”

Philadelphia officials had anticipated a second night of unrest Tuesday, after Philadelphia police arrested more than 90 people during protests and unrest that began Monday and spread into the early morning hours of Tuesday, sometimes turning into violent confrontations with police. Police were stationing extra officers on business corridors in west Philadelphia and elsewhere in preparation.

A Pennsylvania National Guard spokesperson told The Philadelphia Inquirer earlier Tuesday that several hundred guardsmen were expected to arrive in the city within 24 to 48 hours.

Police had previously said 30 officers were injured in the Monday night unrest, most of them hit with thrown objects like bricks. One officer was still hospitalised Tuesday with a broken leg after being purposely run over by a pickup truck, police said.

Throughout the day Tuesday, state and local officials called for transparency and a thorough investigation, including the release of body camera footage from the two officers who fired their weapons.

Police Commissioner Danielle Outlaw said at a news conference Tuesday that she was still reviewing when and what information would be released to the public. The officers had not been interviewed as of Tuesday afternoon, she said. Neither had a Taser or similar device at the time of the shooting, Outlaw said, noting the department had previously asked for funding to equip more officers with those devices.

Outlaw said the officers’ names and other identifying information, including their race, would be withheld until the department could be sure releasing the information would not pose a threat to their safety. The officers were taken off street duty during the investigation.

Police officials said they could not confirm what information had been given to the responding officers, whether they were told about a possible mental illness or how many calls they had received for help at Wallace’s address Monday. Chief Police Inspector Frank Vanore confirmed that police had received a call before the fatal encounter Monday about a man screaming and saying that he was armed with a knife.

The two officers each fired at least seven rounds – at least 14 total shots – but Vanore could not say how many times Wallace, 27, was struck.

Wallace’s father, Walter Wallace Sr, said Tuesday night that he is haunted by the way his son was “butchered”.

In video filmed by a bystander and posted on social media, officers yell for Wallace to drop a knife. In the video, Wallace’s mother and at least one man follow Wallace, trying to get him to listen to officers, as he briskly walks across the street and between cars.

Wallace advanced toward the officers, who then fired several times, said police spokesperson Officer Tanya Little. Wallace’s mother screams and throws something at an officer after her son is shot and falls to the ground.

The video does not make it clear whether he was in fact holding a knife, but witnesses said he was. Police would not confirm any details about the weapon Wallace was alleged to be holding Tuesday, saying it is still part of the open investigation.

Wallace was hit in the shoulder and chest, Little said. One officer drove him to a hospital, where he was pronounced dead a short time later, she said.

During Monday’s unrest, police cars and dumpsters were set on fire as officers struggled to contain the crowds. More than a dozen officers, many with batons in hand, formed a line as they ran down 52nd Street, dispersing most of the crowd.

In at least one video posted to social media, an officer can be seen appearing to arrest a young Black woman. A white officer wrestles the woman to the ground, lying with his back against her, and punches her repeatedly.

A request for comment or details about the incident was not returned by police Tuesday. A District Attorney’s office spokesperson urged people with concerns about misconduct or crime during the protest to report those issues to the office’s special investigations unit.

The 52nd Street corridor was also the site of protests against police brutality at the end of May, after George Floyd was killed by Minneapolis police. Those protests have been the subject of City Council hearings, with protesters describing harsh and unnecessary tactics, including tear gas and projectiles fired by police.