Live updates, October 24-25: Tool frontman had Covid-19 in Auckland; no new cases in the community 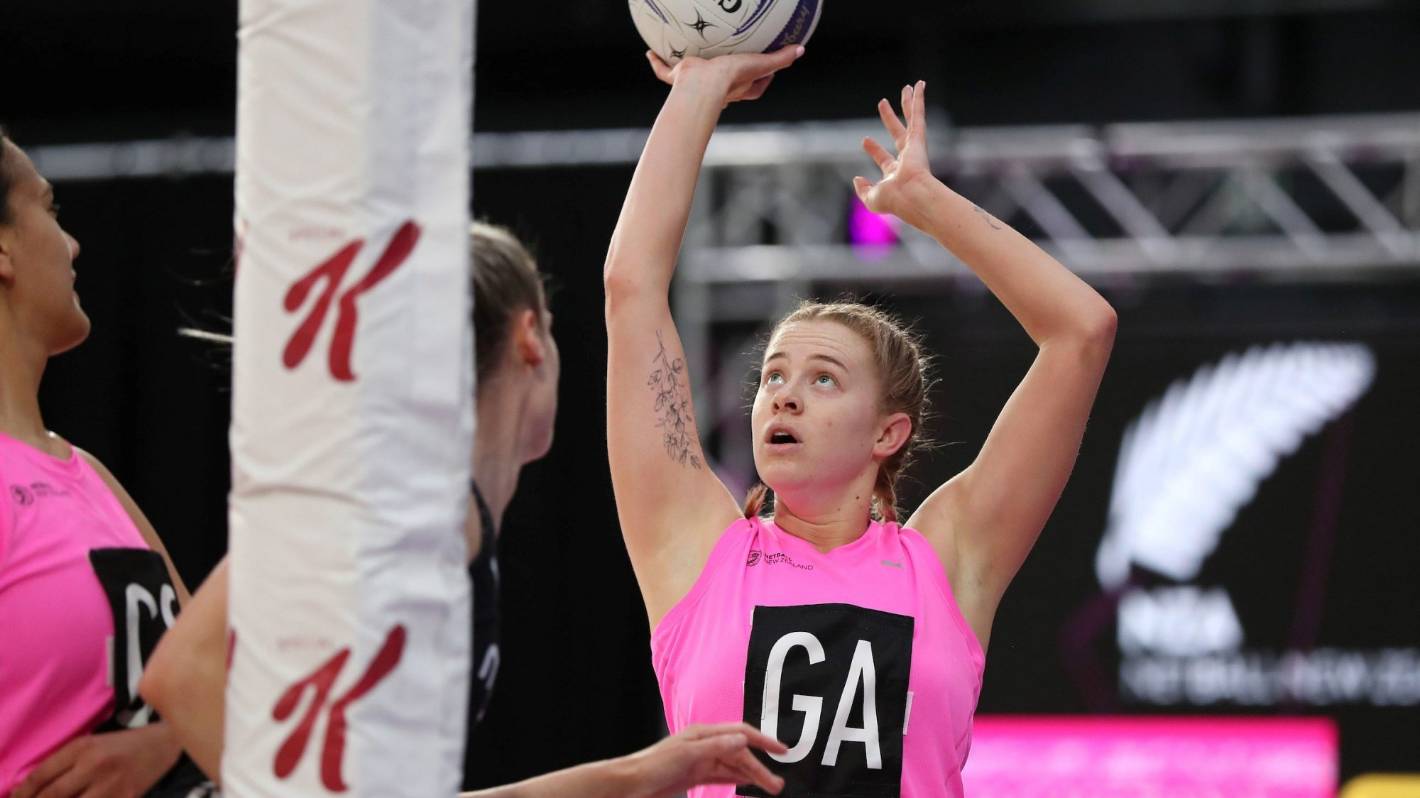 Silver Ferns coach Dame Noeline Taurua sensed Monica Falkner and Sam Winders would be pushing for selection against England at the first day of their training camp.

Falkner and Winders were the big movers when the Silver Ferns’ 12-player squad to face the Roses in three tests in Hamilton, starting on Wednesday, was unveiled on Sunday.

The 24-year-old Falkner is poised for a test debut with Maia Wilson and captain Ameliaranne Ekenasio the only other shooters named. Falkner ruptured her anterior cruciate ligament at last year’s Cadbury Series, but 15 months on is set for her first taste of international netball.

Wing defence-centre Winders, née Sinclair, last played for the Ferns in January 2019 at the Northern Quad Series in England. She narrowly missed out on the 2019 Netball World Cup squad and was then unwanted for the Constellation Cup against Australia and January’s Nations Cup.

Other features of the squad see goal keeps Kelly Jury and Sulu Fitzpatrick return after absences from the national side.

Ferns centurion Katrina Rore, who didn’t feature in the Cadbury Series, is unavailable due to undisclosed medical reasons. Experienced shooter Te Paea Selby-Rickit missed out after her workload was managed because of an Achilles injury in the Cadbury Series and a lack of consistency.

Centre Kimiora Poi was the odd one out in a congested midcourt. Taurua opted for Winders and Claire Kersten, who will be battling for the starting wing defence bib and can also back up Shannon Saunders at centre. Karin Burger is also an option at wing defence, depending on what the Ferns do in the defensive circle.

Teenage goal shoot Grace Nweke has been named as a training partner for the series, which will be played over Wednesday, Friday, and Sunday, but won’t take the court in Hamilton.

Falkner was first selected for the Silver Ferns in 2017 and has been in and around the squad, but is yet to earn a test cap.

Taurua said Falkner, Winders, Kersten, and Jury all made a major impression on the opening day of their first training camp in Wellington earlier this month.

“They came into camp day one really purposeful and very committed and very focused. I think because they have been away from the Silver Ferns’ environment they were more balanced in what they needed to do.

“What I like about [Falkner] is she’s aerial. She can take hard ball. She’s very competitive one-on-one and has a bit of feistiness. She’s usually a high percentage shooter and doesn’t quiver from putting the shot up.”

Should she get on court in Hamilton, it would be something of a homecoming for Falkner, who has played for the Waikato-Bay of Plenty Magic in the ANZ Premiership before signing with the Auckland-based Stars for 2021.

Falkner was born in Ōpōtiki in eastern Bay of Plenty, raised in Waimana, and schooled in Whakatāne.

Winders has been on the Ferns’ outer, last playing an international almost two years ago. The retirement of New Zealand netball great Laura Langman, who plays the same positions as her, has helped her cause, but Winders’ play in the ANZ Premiership and Cadbury Series was impressive, Taurua said.

“With Sam from day one she was competitive, whether in training, or she made sure she prepared as good as she could, but also she contributed well in team discussions.

“As time went on, Sam showed her feistiness [on court]. Her ability to get ball and her drive [was pleasing]. That point of difference when I made changes or needed that on court, I feel that’s where she came to the forefront.”

The Silver Ferns will enter the England series with plenty of confidence. They held off a strong finish from the New Zealand men to win Saturday’s Cadbury Series final 55-52 in Palmerston North.

It was some turnaround from the Ferns, who were outclassed by 13 goals by the same opponent on Thursday. The men won both Cadbury Series games against the Ferns last year, including the final.

Taurua praised the Ferns’ resolve as the men delivered a powerful fourth quarter finish, rallying from 48-41 down to tie the score at 49-49 with five minutes to play. The Ferns refused to crumble and Taurua rated the victory right up there with some of their finest.

“I feel that was probably one of our most dominant performances and I take the Netball World Cup into account as well.

“I thought we were really smart and I thought mentally we were in the space and took them on.

“I was really proud. It was like a test match and the feeling of joy at the end was amazing.”