Dying of loneliness: How COVID-19 is killing dementia patients | US & Canada News 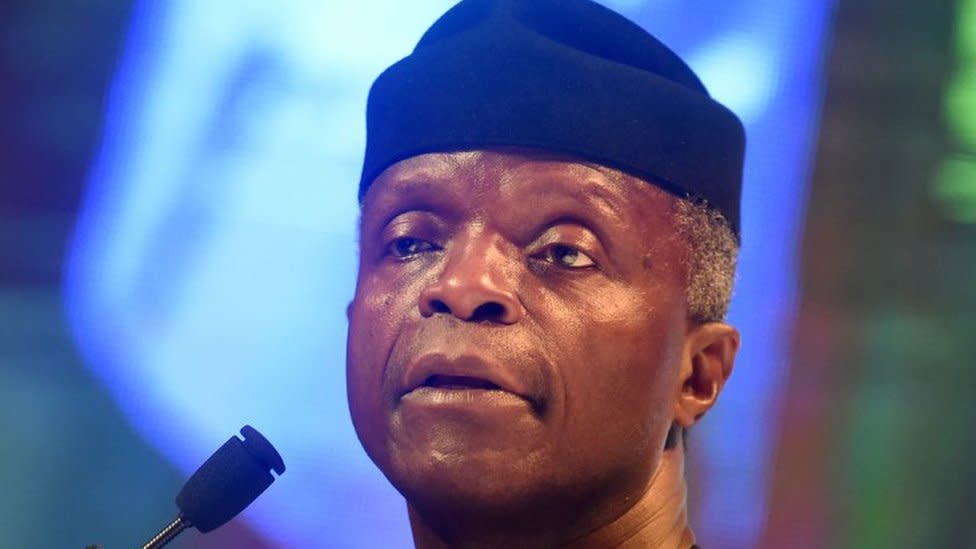 Nigeria’s vice-president has promised justice for victims shot during protests against police brutality.

Gunshots continued to be heard in an area of Lagos on Thursday, following Wednesday’s unrest that saw buildings torched and looted and police shooting into the air to enforce a curfew.

The state government imposed an indefinite round-the-clock curfew in Lagos, a coastal city which sprawls over several islands and mainland suburbs and has a population of about 20 million, on Tuesday evening.

The protests began about two weeks ago with mostly young people demanding the disbandment of a notorious police unit, the Special Anti-Robbery Squad (Sars), using the hashtag #EndSars to rally crowds to the streets.

The protests morphed into demands for wider reforms to the police, and an end to alleged bad governance.

Earlier this year Amnesty said it had documented at least 82 cases of torture, ill treatment and extra-judicial execution between January 2017 and May this year against members of Sars.

What did the vice-president say?

In a series of tweets, Vice-President Yemi Osinbajo did not confirm that the security forces shot dead protesters on Tuesday, but said that his “heart goes out to all the victims of the Lekki shootings, and also the policemen and all other men and women who lost their lives in the past few days in different parts of Lagos & other states”.

“I spoke to some of those in hospital. The pain of these terrible events is palpable in our towns and cities, and some losses are irreplaceable, but we can and will get justice for all of them,” he said.

Earlier, Lagos State Governor Babajide Sanwo-Olu said that about 25 people had been wounded in an “unfortunate shooting incident”, and one man had died by “blunt force trauma to the head”.

“I cannot say actually who is involved in the shooting. There could be some miscreants who are having guns, shooting people here and there,” he said.

What’s the latest on the unrest?

On the Lagos mainland on Thursday, a BBC reporter heard gunshots in the Surulere area and saw tyres burning.

In the suburb of Lekki, a few miles from the toll gate where Tuesday’s shooting happened, another journalist posted a video of a popular shopping mall ablaze.

The High Court on Lagos island, the city’s oldest neighbourhood, was also set ablaze on Wednesday.

Residents said the building was looted by vandals who took away goods that had been confiscated by the court, and that the blaze lasted long into the night.

A major Nigerian TV station with links to a ruling party politician was also torched, while the palace of the most senior traditional leader in Lagos was ransacked.

Amnesty International Nigeria said 10 of the 12 people killed on Tuesday were at the Lekki toll gate.

Evidence from hospital records and witnesses showed “the Nigerian military opened fire on thousands of people who were peacefully calling for good governance and an end to police brutality” at the toll gate, Amnesty added.