‘She hit her face!’ Watch a Delta passenger smack a flight attendant on board plane 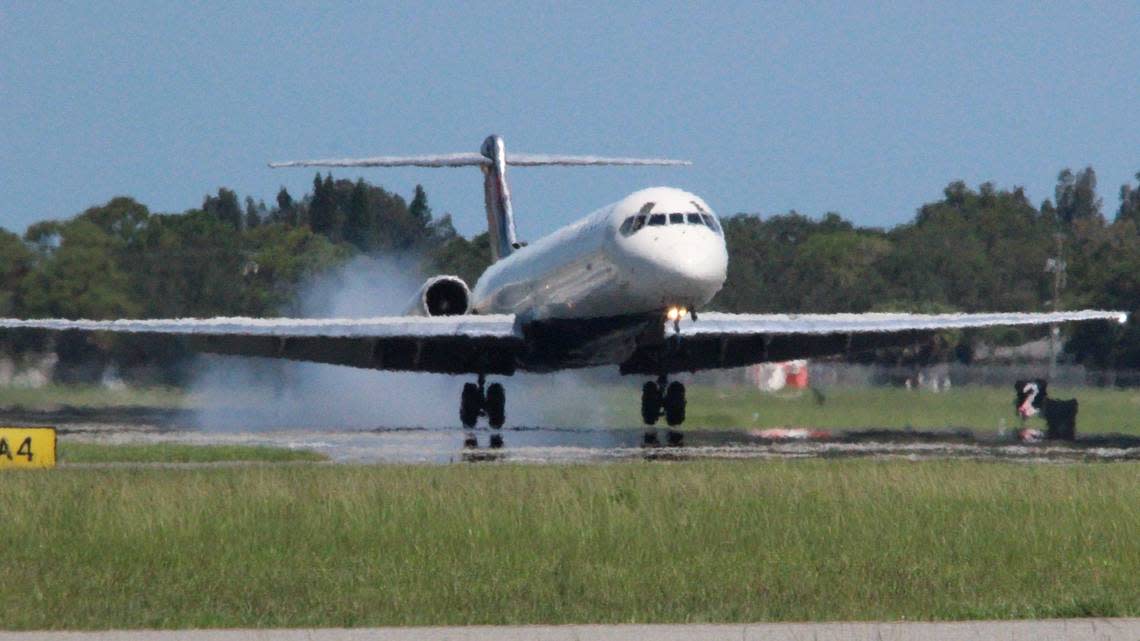 Another day, another on-board confrontation.

This one involved a flight attendant and a passenger. The two were apparently fighting over the airline’s on-flight policies.

“Chasing Atlanta” star Lauryn England was on a Delta flight from Miami to Atlanta on Monday night when all hell broke loose in the aisle right before takeoff.

England was just feet away from the action and took video of a fight between a female passenger and flight attendant.

“Ughhhh, this literally happens right in my face,” says her Instagram post’s caption. “All I want to do is get home at this point!”

England explains that the woman’s traveling companion caused the flight to be turned around and delayed because he did not want to wear a seat belt, and things escalated.

You can see a blond attendant in a purple uniform with her back to the camera and a maskless passenger getting all up in her face with a man behind her. Then the passenger pops the attendant in the face with her fist.

“I’m gonna knock your ass out,” says the woman with a mask dangling around her chin. “You pushed me! You shouldn’t have touched me!”

People on the plane scream, then a male flight attendant breaks things up.

Another passenger got a different angle of the chaotic scene. And a different reason for the fight.

BBC journalist Suzanne Kianpour (Twitter handle @KianpourWorld) says the altercation went down after a passenger refused to wear a mask “as per policy.”

In this clip, taken a few seats away, you can see the passenger clearly smack the Delta employee.

“She hit her face! Oh lord!” a woman off camera screams. “You can’t hit a flight attendant!”

Passengers tweeted that police arrived and the two people were removed.

In a statement to media, Delta Airlines said, “There is nothing more important than the safety of our people and customers. That’s why two customers who did not comply with crew safety instructions were asked to deplane Flight 1997 this evening. We do not tolerate violence of any kind and this situation is currently under investigation. We apologize to customers for the flight delay this caused.”

There were no arrests made as of Wednesday.