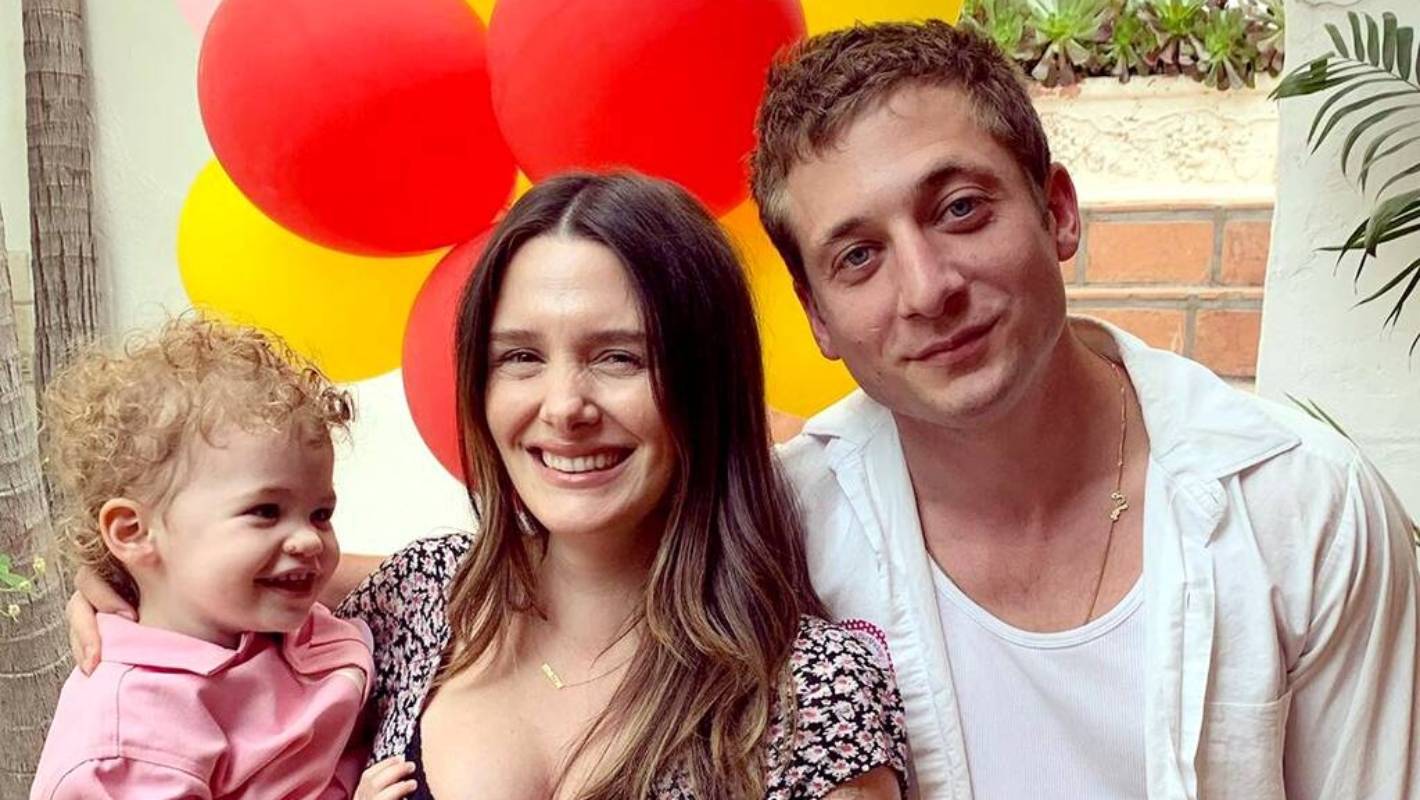 Jeremy Allen White and Addison Timlin’s family is about to get a little bigger. The Shameless star and the Derailed actress are expecting their second child.

Addison, 29, announced the news on Oct. 18 by posting a few pictures of the couple in honor of their first wedding anniversary. The first sweet snapshot showed the couple smiling from ear to ear while posing with their daughter Ezer Billie White, who turned 2 years old on Oct. 20. Addison also cradled her baby bump and wore a sticker on her belly that featured the words “Happy Birthday Ezer” with a picture of Big Bird. The second photo showed the proud parents on their wedding day back in 2019.

“Well, the difference a year makes,” Addison wrote on Instagram. “Happy Anniversary my love, I love our little growing family more than words.”

In the comments section, Jeremy, also 29, added “I love my babies!”

Several of his Shameless co-stars sent congratulatory messages—including Emma Kenney, who left a series of heart-eye emojis, and Shanola Hampton, who wrote, “Love y’all so much!!!!!”

To learn more about Jeremy and his castmates’ love lives, check out the gallery below.

The actress, who left after season 9, and Mr. Robot creator Sam Esmail have been married since 2017. The couple began dating in 2013 after she was cast in his first full-length film, Comet.

William and actress Felicity Huffman have been married since 1997 and share two daughters, Sophia Grace and Georgia Grace.

The actor and his wife Addison Timlin, who starred together in the 2008 film Afterschool, welcomed their first child, a baby girl, in Oct. 2018. They are expecting their second child.

The actor, who plays a gay man and leading LGBTQ activist on the Showtime series, and Disney Channel actress Peyton List, who acted alongside Monaghan in the 2018 film Anthem of a Teenage Prophet, sparked romance rumors in fall 2017 when they were photographed at Disneyland together. In early 2019, E! News exclusively reported the pair had called it quits. He was previously linked to Shameless co-star Ruby Modine.

The actor, who plays Ian’s longtime love on the show and tied the knot in season 10, has been married to actress Layla Alizada since 2017. The two starred together on the series Godiva’s more than a decade earlier.