Greatness within grasp: The next 12 months that will define the Black Caps

Now it’s Deshaun Watson, but has the NFL learned anything from when it was Ben Roethlisberger?

The Best Amazon Deals of the Day 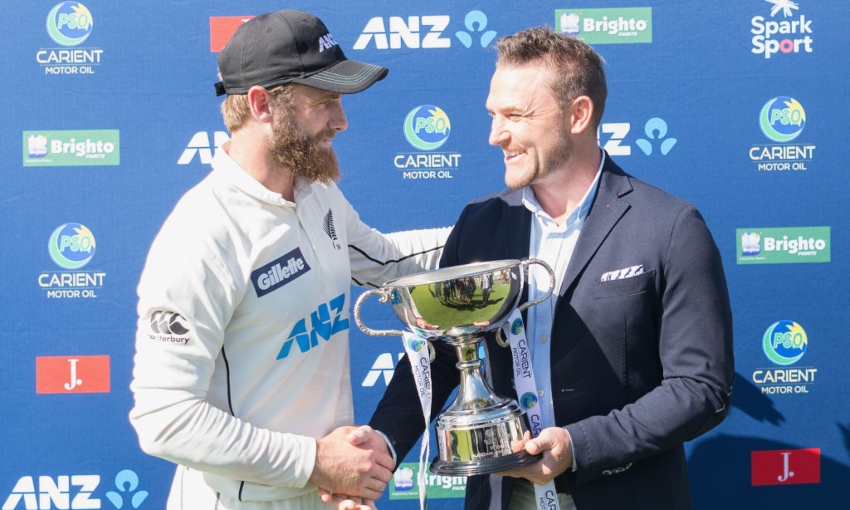 The Black Caps are on the verge of a year that will test the claim they’re the greatest cricket team this country has ever produced. Cricket enthusiast Michael Appleton looks ahead at the challenges that will define them.

Over the last few years, the Black Caps have been to places they’ve never been before. Ranked the number one test side in the world. The closest to a Cricket World Cup title it is possible to be without actually lifting the trophy. A roster of players constituting the broadest and deepest talent pool in the Black Caps’ history.

This has all translated into a record across all three formats of cricket, since the start of 2019, of Won 46-Lost 22. This means the Black Caps have had a higher win percentage (68%) in this period than any other side – edging out India on 65% and Australia on 63%. This Kiwi summer has felt celebratory – propelled by both the Black Caps’ success and the freest and most unencumbered crowds in world cricket. And what a celebration it has been:

But after achievement and celebration comes sober examination and reckoning. Because there is a question that the Black Caps will answer, through their victories and their defeats, over the next 12 months: are they merely one of the best cricket teams that New Zealand has produced – or are they our first truly great one?

It is a common refrain in international cricket media and among online cricket fandom that the Black Caps are overrated. That New Zealand didn’t deserve to be the number-one-ranked test side or to qualify for the World Test Championship final. That we are home track bullies who haven’t achieved anything of significance away from home. While I find many of these arguments unconvincing, the good news is that the Black Caps have a chance to prove them wrong over the coming year on the cricket grounds of England and India. Martin Guptill after being run out on the final ball of the Super Over (Photo: Michael Steele/Getty Images)

Over the next 12 months, the Black Caps will face five key challenges:

So, seven test matches and a World T20 tournament which will go a long way to defining the legacy of the Kane Williamson Black Caps. To prove their greatness, they’ll need to rise to a number of these challenges. But each and every item on this list will be tricky for the Black Caps:

If they won (to give the most plausible combination) the WTC final in Southampton as well as test series against England and South Africa, we would be: World Test Champions, likely ranked the number one test side again, and have recorded our first-ever test series victory over South Africa and our first in England in over two decades. Anything above three would be to move from the great to the historically great category.

But as any Black Caps fan who has followed the side for more than a decade will know, oftentimes hope and expectation turn into crushing disappointment. We should at least prepare for that potential eventuality. These five challenges range from formidable to almost certainly insurmountable – and so the Black Caps could play OK and return with just one win from these five challenges. If they do, all the doubters will say they were proved right – and the Black Caps cannot perform when away from the tender clutches of their home pitches.

I don’t think this sort of gutting failure will happen. A Black Caps team that has been built season by season, series by series, player by exciting player, is more resilient, calmer and more even-headed on the big stage.  A group of players that blew their big shot at the MCG in 2015 went to England four years later and matched the two most fancied sides in the world in an extraordinary semi and a superlative final.

The Black Caps are about to face the biggest and toughest year of their cricketing lives, with greatness within their grasp. Game on.

The Spinoff’s cricket podcast The Offspin is following the Black Caps on the road to the World Test Championship. Subscribe and listen on Apple Podcasts, Spotify or your favourite podcast provider.

Subscribe to Rec Room a weekly newsletter delivering The Spinoff’s latest videos, podcasts and other recommendations straight to your inbox.