The NBA continues its protocol theater with mask mandate 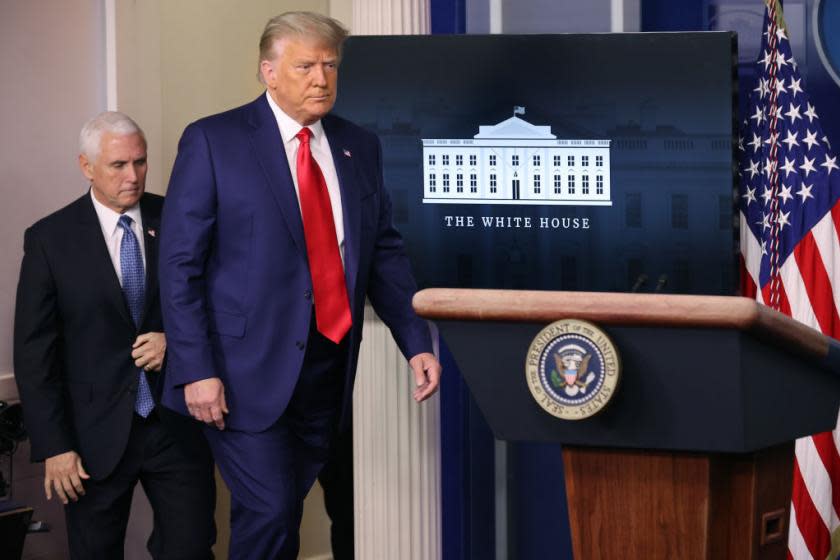 Washington, D.C., is bracing for Wednesday, when an array of supporters of President Trump descend on the capital as Congress meets to formally count President-elect Joe Biden’s win. “The MAGA crowd is trying to pressure Vice President Mike Pence and Republican lawmakers to refuse to seat Biden over fabricated voter-fraud claims,” Politico‘s Tina Nguyen reports. “It’s a doomed plan, given the makeup of Congress, the absent evidence behind the rigged election allegations, and the fact that every important state has already certified Biden’s win.”

But Trump evidently believes, incorrectly, that Pence can sway the outcome of Wednesday’s pro forma joint session of Congress, which he will preside over in his role as Senate president. “I hope Mike Pence comes through for us,” Trump said at a rally in Georgia on Monday night. “If he doesn’t come through, I won’t like him quite as much.” That may have been a joke, but in private, Trump has “directly pressed Mr. Pence to find an alternative to certifying Mr. Biden’s win, such as preventing him from having 270 electoral votes and letting the election be thrown to the House to decide,” The New York Times reports. Pence’s duties are actually very limited.

Trump thinks “Pence’s role will be akin to that of chief justice, an arbiter who plays a role in the outcome,” the Times reports. “In reality, it will be more akin to the presenter opening the Academy Award envelope and reading the name of the movie that won Best Picture, with no say in determining the winner.” This Washington Post video explains the process and why the GOP challenge is doomed to failure.

“President Trump’s real understanding of this process is minimal,” Scott Reed, a Republican strategist, told the Times. Pence’s aides view his role as largely ceremonial, the Times adds, but one Pence confidante said it will be “gut-wrenching” for the loyal vice president to declare Biden the winner on television, and Pence “will need to balance the president’s misguided beliefs about government with his own years of preaching deference to the Constitution.”

Pence has scrapped a planned post-certification trip abroad, so after doing his scripted duties on Wednesday, “he will have to compensate by showing his fealty” to Trump, the Times reports, citing members of Pence’s inner circle. The types of display of fealty are reportedly still being worked out.