The Premier League has no way out, no plan, and barely any hope 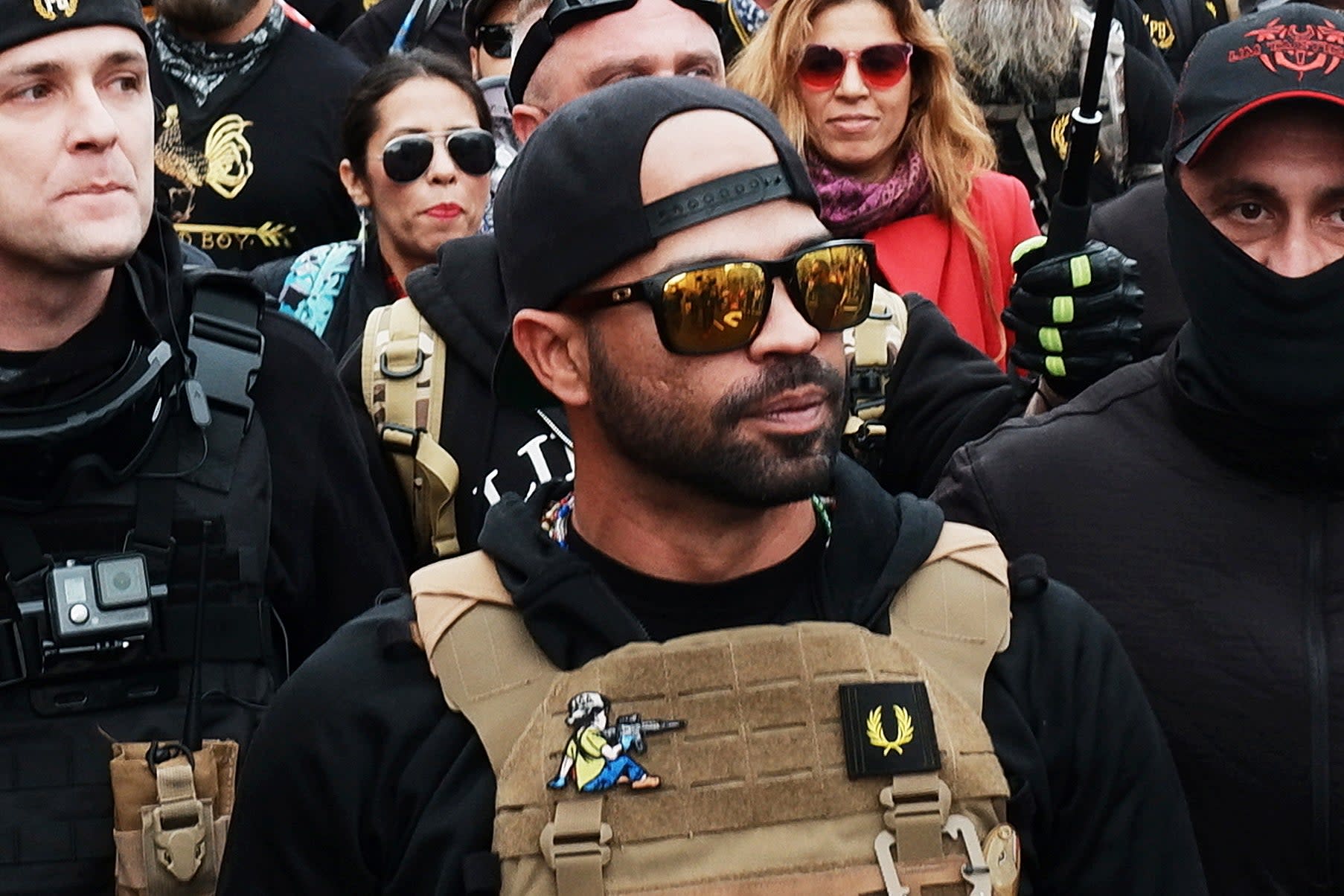 DC Judge Renee Raymond ordered his release on Tuesday after Tarrio spent the night in police custody, but he has been ordered to stay out of the district. If he shows up during planned protests on 6 January, supporting Donald Trump’s attempts to overturn the results of the presidential election, he could be arrested on sight.

The city’s Metropolitan Police Department issued an arrest warrant for destruction of property, a misdemeanor offence, last month; he was arrested on Monday after entering the capital from Miami.

Following his arrest, officers found two magazines, compatible with AR-16 and M4 rifles, in his bookbag. They did not contain ammunition; both have capacity to fire 30 rounds.

He was subsequently charged with two felony counts of possession of a large capacity ammunition feeding device.

According to filings in District of Columbia Superior Court on Tuesday, he told police that he sold the magazines and was planning to deliver them in person while in the nation’s capital.

Police said Tarrio did not want to answer questions about the violent protests in Washington on 12 December without a lawyer present, though he told police that posts on the right-wing social media app Parler admitting his role in the the banner burnings came from his account.

The court filings also include a Parler post from Tarrio’s account on 29 December, promising that Proud Boys would “turn out in record numbers” on 6 January but the group will be “incognito” without its black-and-yellow outfits.

“We will spread across downtown DC in smaller teams,” according to the post. “We might dress in all BLACK for the occasion.”

A felony status conference is scheduled for 8 June. More than 1,600 people have contributed more than $80,000 to an online campaign hosted by a Christian fundraising website for his defence. It has a goal of $100,000.

At least four churches were vandalised during riots on 12 December. Rioters destroyed two Black Lives Matter banners at Metropolitan AME and Asbury United Methodist Church, both historic African-American churches. Tarrio was wanted in connection with the destruction at Asbury.

Tarrio admitted in comments on Parler and on a Proud Boys-affiliated podcast that he was responsible for burning a church’s sign.

“In the burning of the BLM sign, I was the one that lit it on fire,” he said on the War Boys podcast last month. “I was the person that went ahead and put the lighter to it and engulfed it in flames, and I am damn proud that I did.”

On Monday, Tarrio as well as Proud Boys LLC and eight others who participated in burning church banners were targeted in a lawsuit from Metropolitan AME with the Lawyers’ Committee for Civil Rights Under Law.

US Attorney Michael Sherwin has described the attacks as hate crimes; the FBI has also sought information from the public to identify suspects.

Washington DC Mayor Muriel Bowser has called on the National Guard as the city braces for more potential violence among the president’s supporters when Congress meets on 6 January to formally confirm Joe Biden’s presidency.

The president invoked the name of the male-only, neo-fascist organisation during the first presidential debate on 29 September, after debate moderator Chris Wallace repeatedly asked the president to denounce white supremacism.

Trump has been accused of ignoring repeat warnings from his own administration about the rise of far-right violence and white nationalism, while he has relied on his own Justice Department to target left-wing demonstrators and prosecute his political opponents.

He said: “Proud Boys, stand back and stand by, but I’ll tell you what, somebody’s got to do something about antifa and the left because this is not a right-wing problem. This is a left-wing problem.”