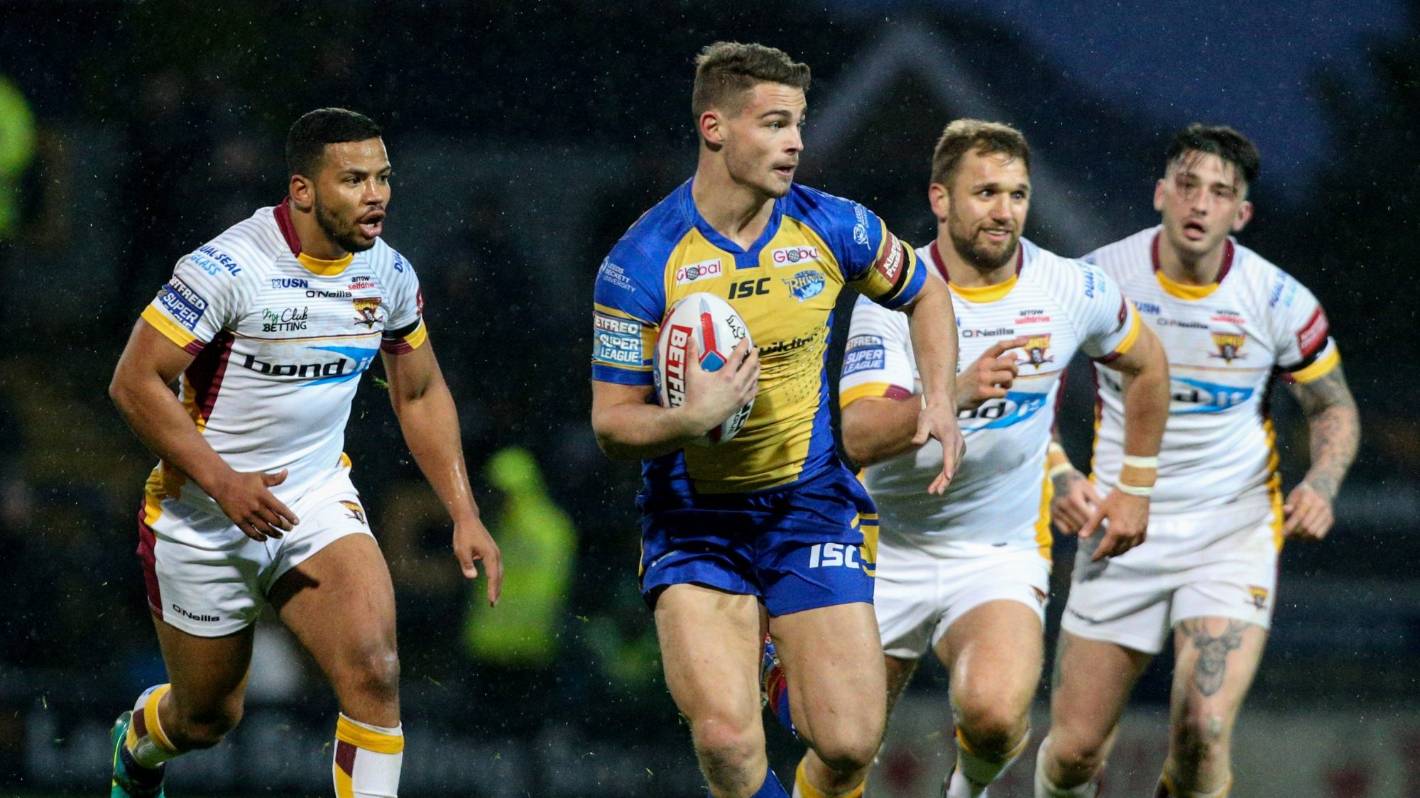 Leeds Rhinos rugby league captain Stevie Ward has quit at 27 after admitting he still faces daily struggles with migraines and dizziness after two concussions a year ago.

Ward, who played 136 games, has been struggling since suffering concussions on January 19 and February 2 last year.

The Leeds-born loose forward has pledged to campaign for player safety and step up the need for more research into the risks of concussions and head injuries, saying: “We need to be more proactive and not rely on another generation of players to be guinea pigs for future research that will take years to give us the answers we need now’’.

Ward is an advocate for the Mantality men’s mental health agency and announced his retirement in a statement on its website.

“I have come to the conclusion, after over 11 months of severe symptoms, that I need to give this injury the respect and time it deserves and cannot put my health and brain to any further risk and detriment,” he said.

“On a daily basis, I struggle with migraines, dizziness, motion sickness, sensitivity to light and screens, short-term memory issues, slurred speech, and an inability to exercise or do daily tasks without irritating my symptoms.

“I love the game of rugby league. I am immensely proud to have competed on some of the biggest stages next to childhood heroes and test myself to the absolute limit while feeling the incredible buzz from the Leeds fans after being one myself as a youngster.

“I thank every player that I have played with and against, and I am especially grateful for the incredible friendships the sport has given me.”

Ward joined his hometown club as a 12-year-old, and made his Super League debut in 2012.

He won Challenge Cup final gold medals with the Rhinos in 2014 and 2015 and was part of their Super League grand final winning team in 2017.

Ward was named Rhinos captain last year, but had to sit out the season due to his concussion woes.

He wrote in his retirement statement that he was made club captain at Leeds on the same day he was told Rhinos legend and assistant coach Rob Burrow had been diagnosed with motor neurone disease.

“I was immensely motivated to do 2020 for Rob and get the Rhinos back to lifting trophies for him. I am proud the boys were able to do this, but I feel my purpose for that year took an unexpected direction.

“It was no longer about lifting trophies for Rob. It is now about having a glimpse into the scary world of neurological impairment and being another voice to help bring about the changes needed.

”With the news about Rob and the current climate of rugby union players, I cannot help but ask the questions that need to be asked. I am left motivated to help get our sport to a place where it can ensure the players’ long-term safety whilst keeping the beauty and grit of the game.

“Of course, more research is needed. However, I believe that there is an element of laziness with just making this statement. It is now time to be asking and answering more specific questions. What will this research be? How will it be funded? How long will this new research take? And how do we focus our efforts in the meantime?

“The biggest question is what can be done to make things safer for our players now. We need to be more proactive and not rely on another generation of players to be guinea pigs for future research that will take years to give us the answers we need now. Part of this questioning has to look into the culture and stigma around concussion within the game and how we can use the anecdotal evidence that we are receiving from former union and league players with the science that is already out there to draw connections to the part of the sport we can adapt.’’

Ward said had chosen to “step away from the game’’ to fully look after his health, “and with a dream of being able to live with day-to-day ‘normality’ again soon.

“I hope to continue to grow Mantality to the next level, something which was birthed through the lessons I have learnt throughout my career, and make its service more accessible to the people who are ready to invest in their mental health just like they would their physical health.’’

He thanked his partner, Natalie, for her “incredible positivity’’.

“She has been unconditionally by my side the entire year and has seen and borne the brunt of the dark realities of my injury.

“My focus now will be shifting away from the sport. Hopefully, when I start to make improvements, I will be able to shine a light on concussion and brain injuries, which is an area where there are, unfortunately, more questions than answers.”