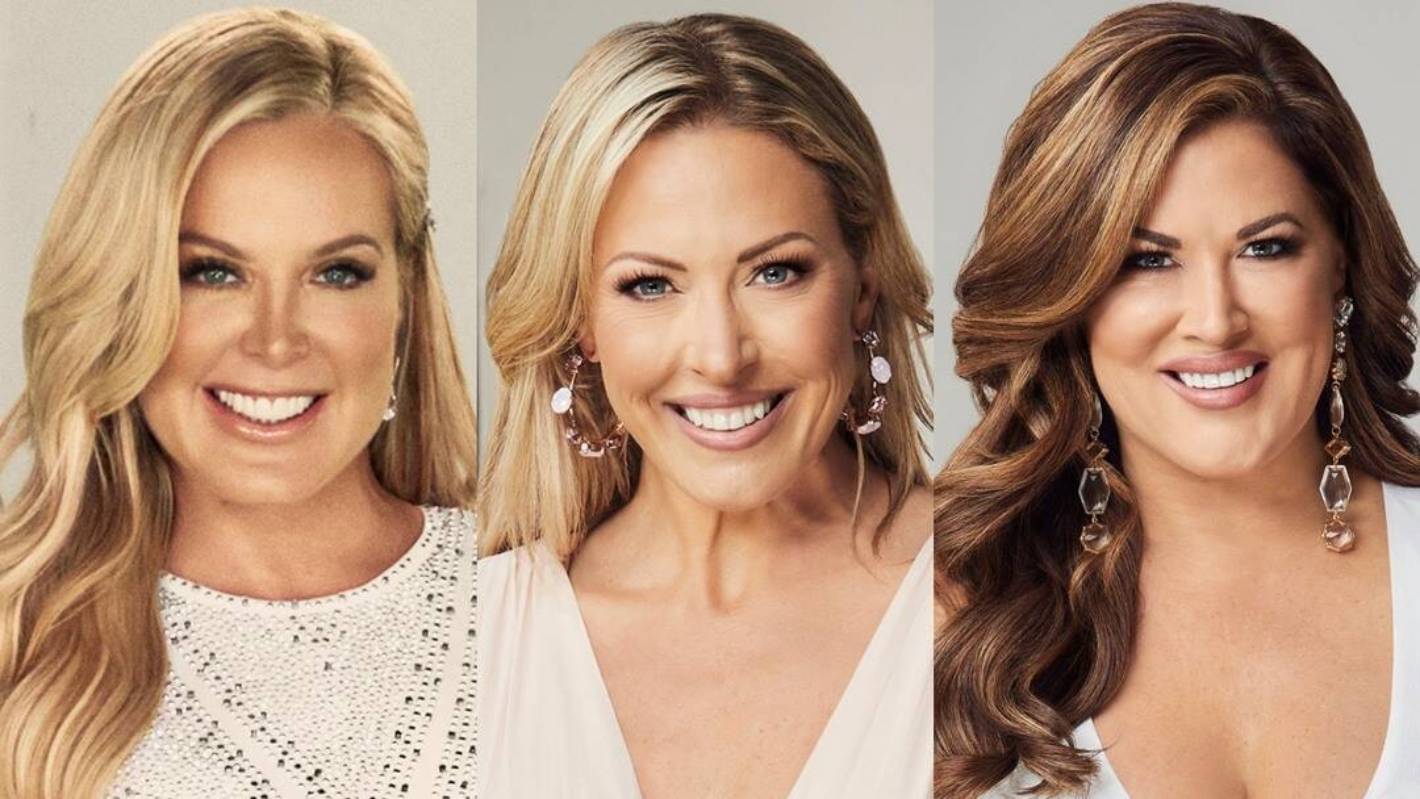 The ladies of The Real Housewives of Orange County are stirring up drama on and off camera.

Season 15 newcomer Elizabeth Lyn Vargas took to Instagram on Sunday, Jan. 3 with a not-so-nice response to Braunwyn Windham-Burke‘s admission that she’d “be heartbroken” if her husband Sean Burke moved on with someone else, despite the fact that she’s currently dating a woman after revealing she’s a lesbian in December.

“OK.. I’m sorry but this is just getting to be wayyyy to much,” Elizabeth wrote alongside a screengrab of E! News’ reporting on Braunwyn’s comments about her marriage. “Didn’t she just announce she’s NEVER been attracted to him EVER & she’s “SLEEPING WITH WOMEN”! Acceptable behavior because she calls it a ‘modern marriage’ or extremely narcissistic & hypocritical…Thoughts?”

Elizabeth added a number of pointed hashtags—from “#modermarriage and #dontbeabraunwyn to #teamsean and #hotbabydaddy”—before ending the caption with, “I’m just reading all the public headlines…You can’t make this s–t up.”

Elizabeth and Braunwyn’s RHOC co-star Emily Simpson added fuel to the fire in the comments, writing that Sean “should vote himself off the island at this point.” Then, in response to an Instagram user’s remark about feeling bad for Sean, Emily added, “yeah he might want to Google Stockholm Syndrome.”

Another commenter told Emily, “Someone’s gonna have to kidnap this poor man,” and the RHOC star replied, “you just gave her a new storyline idea.”

Kelly Dodd was much more tongue-in-cheek. “I want to comment so bad,” she wrote on Elizabeth’s post, along with a number of laughing emojis.

Elizabeth herself continued to discuss the matter, and in two separate comments—one tagging Emily—she wrote, “Next she’ll be jumping out of a flying saucer with an alien landing on a mountain screaming ‘I’m in love with an alien now’ ….I mean come on what’s next.”

She made the comments about Sean during a fan Q&A on her Instagram Story on Saturday, Jan. 2. The married couple, who wed 20 years ago and share seven kids, appeared together to answer questions about the future of their relationship. Braunwyn reiterated that they are “finding a new normal.” When asked, “Will you be ok if Sean ends up falling in love with someone else and decides to try w/them?” she wrote, “Nope, I’ll be heartbroken.”

Sean himself responded, too. “Am I going to eventually date other people? I don’t know. Probably,” the 47-year-old said. “Don’t know when, though.”

When asked if he is hurt by his wife having a girlfriend, he replied, “Am I hurt? Yeah! It kind of sucks. It’s hard, figuring it out. But yeah, it’s sucks.”

Another fan asked, “Do you feel it’s at all hypocritical that you have a gf but don’t want Sean too [sic]?”

“Yes, absolutely. That’s why we’re in therapy. We are working through this. We can’t figure this out on our own!” Braunwyn replied, as Sean laughed. “I mean, this is a lot…this is hard and we’re working it out.”

The Real Housewives of Orange County airs Wednesdays at 9 p.m. on Bravo.

Binge past seasons on Peacock.