‘Worst situation you can ever be in’: What Gen Z thinks of Brexit | Brexit News

Cheap Home Audio Gear and Tips (2021): How to Get Great Sound 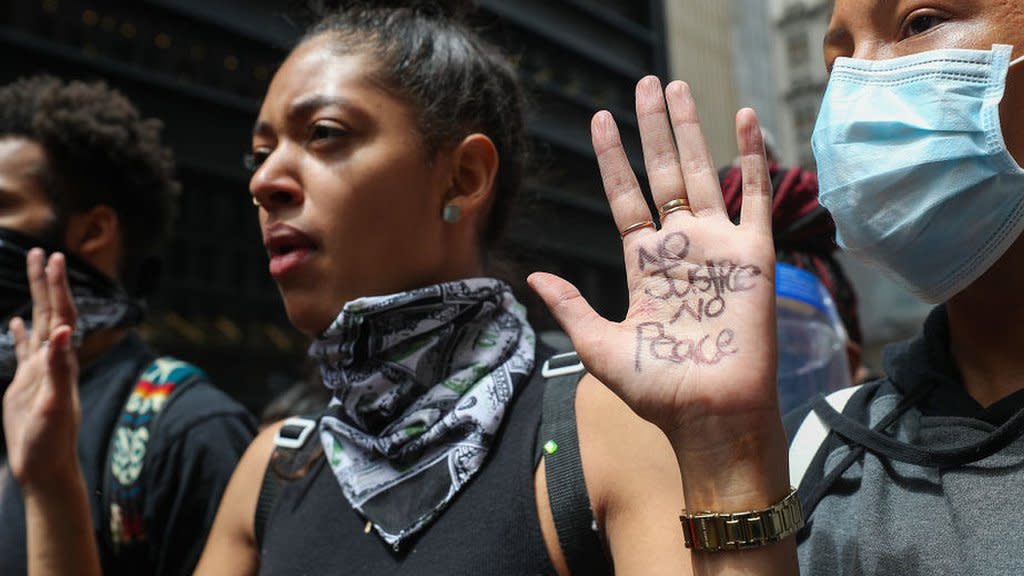 Here’s a timeline of major incidents since 2014 involving police officers which resulted in the deaths of black Americans.

Eric Garner died after he was wrestled to the ground by a New York police officer on suspicion of illegally selling cigarettes.

While in a choke hold, Mr Garner uttered the words “I can’t breathe” 11 times.

The incident – filmed by a bystander – led to protests across the country. The police officer involved was later fired, but was never prosecuted.

It came a year after the Black Lives Matter movement emerged in response to the acquittal of the man who killed teenager Trayvon Martin in Florida.

Michael Brown, 18, was killed by a police officer, in Ferguson, Missouri, who was responding to reports that Brown – who was not armed – had stolen a box of cigars.

The exact circumstances of the encounter are disputed, but Brown was shot six times, according to autopsy reports.

The officer involved later resigned from the force, but was not prosecuted.

The incident led to multiple waves of protests and civil unrest in Ferguson, boosting the Black Lives Matter movement further.

Tamir Rice, a boy of 12, was shot dead in Cleveland, Ohio by a police officer after reports of a male who was “probably a juvenile” pointing a gun that was “probably fake” at passers by.

Police claimed that they told Rice to drop the weapon – but instead of dropping it he pointed it at police.

The police confirmed that the gun was a toy after Rice had been shot dead.

The police officer who fired the fatal shots was sacked three years later for lying on his job application form.

In December 2020, the Justice Department said it was closing its investigation into the case as there was not enough evidence to bring federal criminal charges.

Walter Scott was shot in the back five times by a white police officer, who was later fired and eventually sentenced to 20 years in prison.

Mr Scott had been pulled over for having a defective light on his car in North Charleston, South Carolina, and ran away from the police officer after a brief scuffle.

The killing sparked protests in North Charleston, with chants of “No justice, no peace”.

Alton Sterling’s death led to days of protests in Baton Rouge, Louisiana. Mr Sterling was killed after police responded to reports of a disturbance outside a shop.

The incident was caught on mobile phone footage and spread online.

The two officers involved did not face criminal charges, but one was dismissed and the other suspended from the police.

Philando Castile was killed while out driving with his girlfriend in St Paul, Minnesota.

Timeline of US police killings

He was pulled over by the police during a routine check, and told them he was licensed to carry a weapon, and had one in his possession.

He was shot as he was reaching for his licence, according to his girlfriend.

She live-streamed the encounter on Facebook. The officer involved was cleared of murder charges.

Stephon Clark died after being shot at least seven times in Sacramento, California, by police who were investigating a break-in.

The district attorney said that the police had not committed a crime, as the officers said they feared for their lives believing Mr Clark was armed.

Only a mobile phone was found at the scene.

The release of a police video of the incident sparked major protests in the city.

The police were executing a search warrant as part of a drugs raid, but no drugs were found.

Louisville police said they returned fire after one officer was shot and wounded in the incident. Of the three offices who discharged their weapons, one has been dismissed from the force and the other two put on administrative duties.

The family filed a lawsuit which says that Ms Taylor’s partner – who was with her at the time – fired in self-defence because the police did not identify themselves, and he thought the apartment was being burgled.

In September 2020, the family reached a settlement of $12m (£9.3m) with the city authorities, which also includes a series of police reforms.

A US grand jury charged one police officer not with Ms Taylor’s death, but with “wanton endangerment” for firing into a neighbour’s apartment.

Two other officers have faced no charges.

George Floyd died after being arrested in Minneapolis, and held down by police officers, one of whom had his knee on Mr Floyd’s neck.

He pleaded that he couldn’t breathe.

Protests broke out in cities across the US, and there were demonstrations in other parts of the world.

One officer has been charged with second-degree murder and manslaughter, and three others will face charges of aiding and abetting murder.