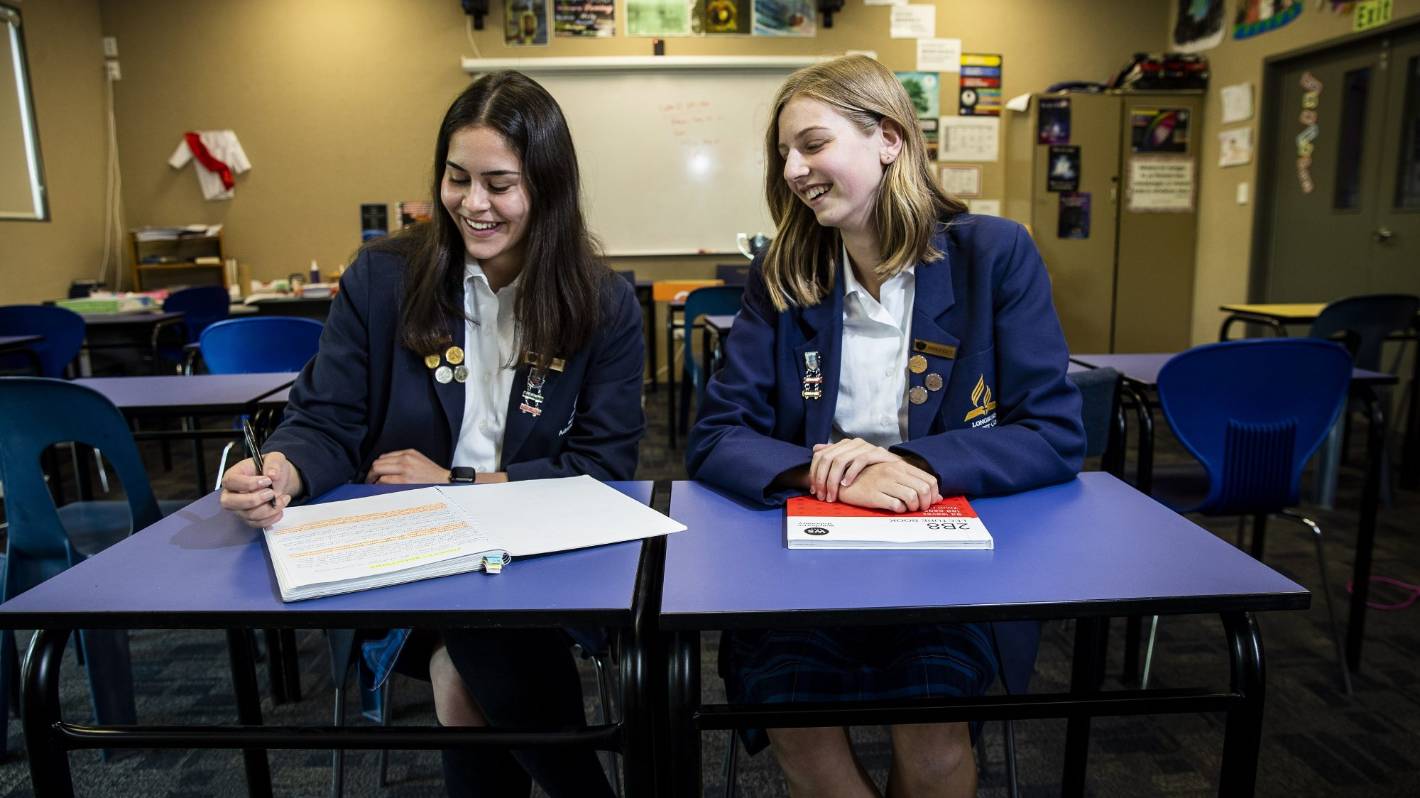 Longburn Adventist College students Macy Paki, left, and Hannah Jourdain had a strong year in their final year at school.

Macy Paki, 17, and Hannah Jourdain, 18, were awarded excellence in all their internal assessments and their mock exams during the year and were now awaiting the results from their actual NCEA exams.

They were also jointly recognised as the school’s dux for their achievements. Principal Brendan van Oostveen said it was rare for two people to be given the award jointly, but it was special for the school.

Jourdain was a school prefect, was involved in running and worked to help integrate refugee families coming to New Zealand.

The pair put a lot into their studies in their final year and sport was an outlet for stress.

Paki said it was important to balance family, friends, sport and school.

“I think it’s achievable when you have drive and you have all the tools you need from teachers, of course you can achieve it.”

Jourdain said she enjoyed online learning during lockdown and found it easy to focus.

Paki said she enjoyed being in a classroom and talking to people more.

The pair have known each other for a long time, meeting at a dance when they were 11 before attending Longburn Adventist College.