Has a ‘fifth generation war’ started between India and Pakistan? | Cybersecurity News 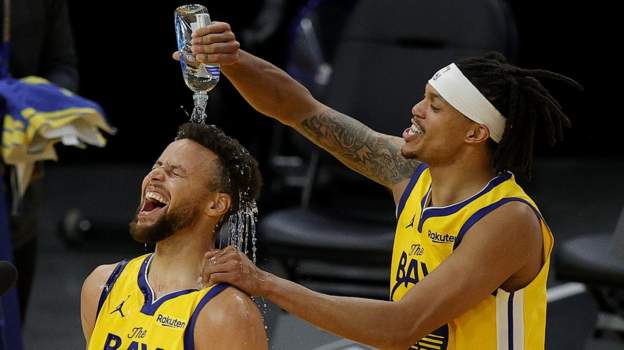 The 32-year-old is the second oldest player to score over 60 points in a game – Kobe Bryant is the oldest at 37.

Curry’s previous best performance was 54 points against the New York Knicks in February 2013.

“I wanted to take him out with 30 seconds left so the 42 people here could give him a standing ovation,” said Warriors head coach Steve Kerr.

NBA games are being played behind closed doors because of the coronavirus pandemic.

“We’ve seen Steph do so many things here over the years and it’s just a privilege to coach him,” Kerr said.

“We are incredibly blessed as an organisation to have Steph leading the way. What a performance.”

Curry was congratulated by many on social media, including his team-mate Klay Thompson and LA Lakers legend Magic Johnson.

The Los Angeles Clippers ended the Phoenix Suns’ four-match winning streak with a 112-107 win, while Jayson Tatum secured a 122-120 victory for the Boston Celtics over the Detroit Pistons with fewer than three seconds to go.

The Chicago Bulls beat the Dallas Mavericks 118-108 to claim their third win in four games.

There were also victories for the Washington Wizards and the Utah Jazz.