The Side Eye: The tunnel, the lights

Covid: PM to set out 'next steps' against Covid in England 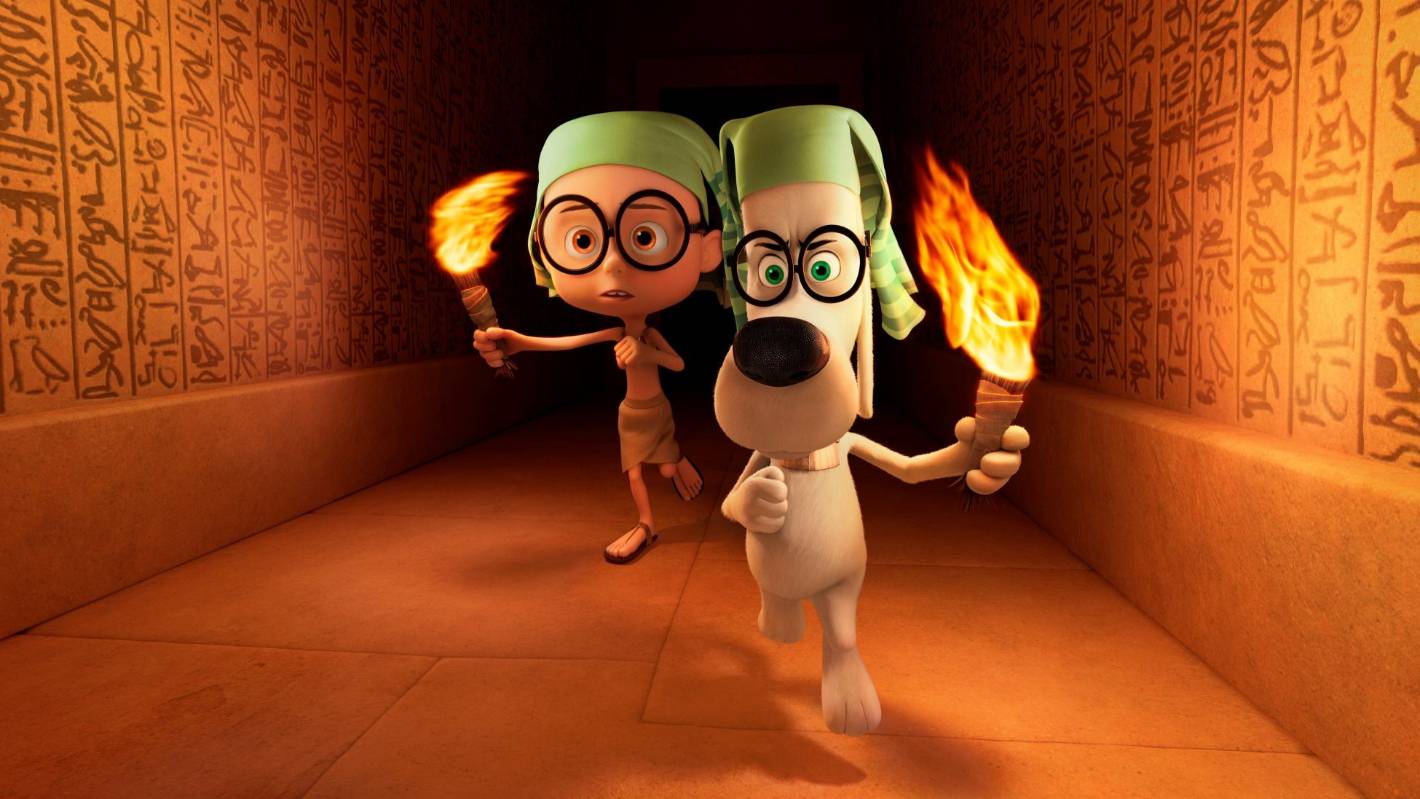 After less than successful cinematic outings for stablemates Rocky and Bullwinkle, Dudley Do Right and Boris and Natasha, Hollywood finally found a winning formula for Jay Ward’s much-loved creations in 2014.

In keeping Harvard valedogtorian Mr Peabody and his adopted 7-year-old son Sherman completely animated, they’ve also managed to retain the essence and spirit of the Baby Boomer-era show, while giving the concept a contemporary spin.

At one time rivalling Snoopy as the world’s most famous cartoon beagle, the bow-tied genius Peabody brought history and word play (bad puns a speciality – well before Beany and Cecil cornered the market) to kids. Using his greatest invention, the Wabac, Peabody and Sherman travelled through time meeting historical figures and influencing key events.

This update sees Peabody (brilliantly voiced by Modern Family’s Ty Burrell) facing one of his biggest challenges yet, Sherman’s (The Neighbor’s Max Charles) transition to school.

Expecting trouble to come from Sherman’s accelerated learning, Peabody is shocked when he’s hauled into the principal’s office because his “boy” has bitten a fellow student. In truth, Penny (Modern Family’s Ariel Winter) has provoked Sherman with her taunting about his parentage, but now Peabody is facing an investigation into his parenting skills. In a desperate attempt to defuse the situation, he invites Penny and her parents over for dinner, hoping to charm them with his erudite ways and culinary creations, but the evening is derailed when Sherman inadvertently alerts Penny to the presence of the Wabac and then proceeds to lose her in Ancient Egypt.

Written by the combined talents behind Six Feet Under, Lost, Night at the Museum and the Austin Powers trilogy, and directed by The Lion King’s Rob Minkoff, Peabody is a smart, sassy and seriously fun animated adventure for young and old.

A mix of Bill and Ted’s Excellent Adventure (gathering together a collection of historical dudes), Time Bandits and Carnage, the film boasts a high joke hit rate, unafraid to throw in pre-schooler friendly posterior humour alongside an endless array of puns.

While all the encounters with King Tut, da Vinci and Agememnon (a scene-stealing Patrick Warburton) ultimately build to a traditional Marvel-esque threat to New York, there’s enough inventiveness, memorable dialogue and sheer entertainment to keep even the most cynical youngsters and their parents engrossed.