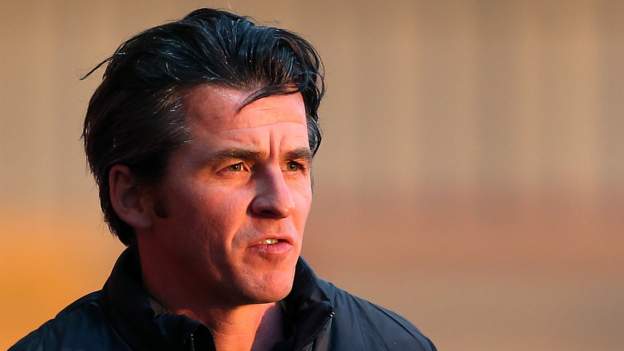 Manager Joey Barton has left League One side Fleetwood Town with immediate effect after nearly three years with the club.

The 38-year-old was initially appointed in April 2018 and led the Cod Army to last season’s League One play-offs.

Barton leaves Fleetwood with the club in 10th position in the table, just three points off the play-off places.

“We would like to thank Joey for his work during his time and wish him success in the future,” the club said.

The former Manchester City, Newcastle United and Burnley midfielder joined Fleetwood in his first managerial role in June of 2018, a day after an 18-month ban for betting ended.

His first season at the club was marked by controversy after an alleged clash with former Barnsley boss Daniel Stendel following a League One match at Oakwell.

Stendel, who won promotion with the Tykes that season, was said to be left with a damaged tooth following the incident which occurred following Barnsley’s 4-2 victory in April 2019.

Barton was due to stand trial last summer having earlier pleaded not guilty to a charge of assault occasioning actual bodily harm, but however the it was put back to June 2021 because of coronavirus and interruption to the 2019-20 football season.