How the FBI Tracked Down Ghislaine Maxwell 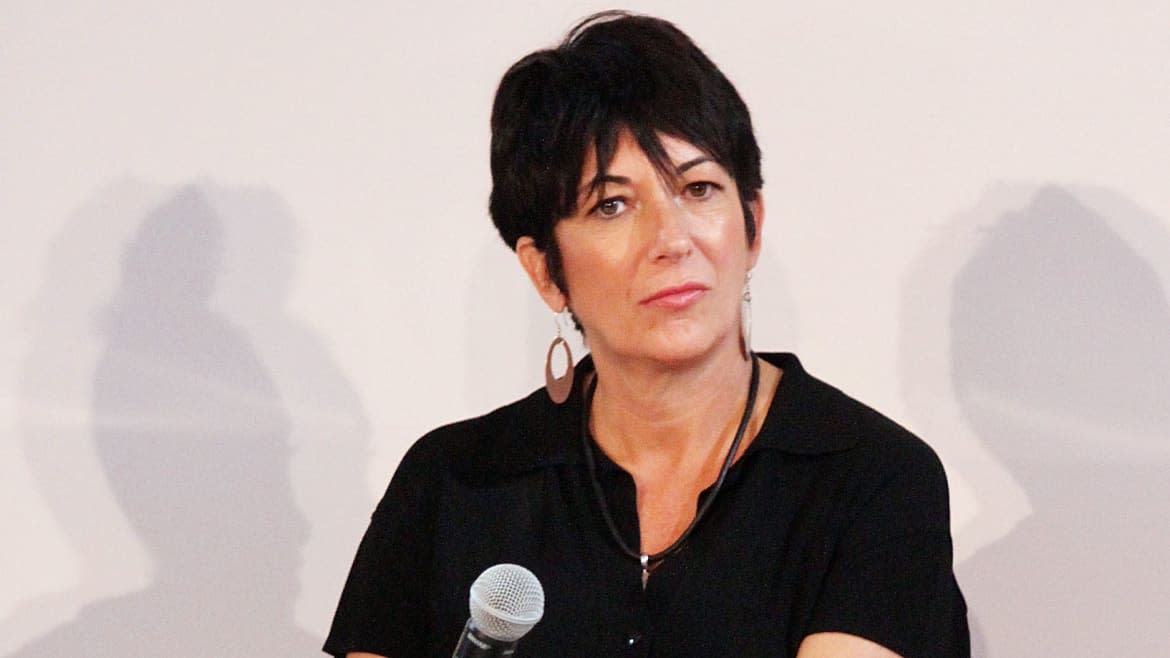 Before the feds busted Ghislaine Maxwell, they tracked her to a New Hampshire hideaway using her cellphone data, according to a newly unsealed court filing.

The British socialite and accused accomplice of sex-trafficker Jeffrey Epstein had opened a mobile account under the name “G Max” and used it to communicate with phones belonging to her rumored husband Scott Borgerson, her sister Isabel, and one of her lawyers, Laura Menninger, the document states.

The revelation comes in an affidavit in support of an application for a search warrant, filed by an FBI agent on July 1, 2020—one day before Maxwell’s arrest at a nearly $1-million secluded mansion in Bradford. The 59-year-old heiress is charged with grooming three girls as young as 14 for Epstein in the mid-1990s and faces trial this summer.

Maxwell had been laying low in the tiny New England town since at least June.

Authorities previously obtained a search warrant in New York to receive GPS and historical cell site data for Maxwell’s cellphone account—which had a northeastern Massachusetts area code—within one square mile of her location. But the feds didn’t know the particular New Hampshire building in which she lived.

“The FBI does not know Maxwell’s current location and accordingly requires the information sought in this application in order to locate and arrest Maxwell,” the affidavit states.

The New Hampshire warrant allowed the FBI to “use an investigative device or devices capable of broadcasting signals that will be received by” Maxwell’s phone “or receiving signals from nearby cellular devices,” including Maxwell’s device.”

“Such a device may function in some respects like a cellular tower, except that it will not be connected to the cellular network and cannot be used by a cell phone to communicate with others,” the affidavit states, adding that the device would not intercept her phone’s calls, texts, and other electronic communications and data.

These details seem to indicate that the FBI used a “stingray” device, also known as an “IMSI catcher,” to nab Maxwell. The portable equipment, which can fit inside a briefcase, simulates a cell tower and forces mobile phones in the immediate vicinity to connect to it instead of the actual tower. Once it connects, the stingray captures the phone’s exact location and the registered user’s identifying information.

After Epstein died in his Manhattan jail cell in August 2019, the media worked to ferret out Maxwell’s whereabouts. The Daily Mail reported the British heiress and decades-long confidante of Epstein was holed up in Massachusetts with tech CEO Scott Borgerson, then described as her boyfriend.

The affidavit indicates Maxwell shared a joint bank account with Borgerson and that her Amazon account sent him “multiple packages within approximately the last year.” According to the document, the last communication between Maxwell’s device and Borgerson’s phone occurred in or around March 2020.

When Maxwell unsuccessfully tried for a second time to get bail in December, her husband— widely reported to be Borgerson—penned a letter to the court describing her as “a wonderful and loving person” who he believes had “nothing” to do with Epstein’s crimes.”

Maxwell purchased her Bradford property in all cash in December 2019. According to previous reports, the real estate agent for the luxury home told the FBI the buyers had British accents and introduced themselves as “Scott and Janet Marshall.”

The unsealed affidavit appears to confirm Borgerson is Maxwell’s husband.

In an exhibit filed with Maxwell’s renewed motion for bail last month, independent accountants reviewing her finances stated, “Ghislaine Maxwell married her spouse in 2016 and commenced filing joint US tax returns from the 2016 tax year until today. In 2016 Ghislaine Maxwell transferred the majority of her assets into a trust controlled by her spouse.”

The accountants indicated Maxwell and her unidentified spouse had a net worth of approximately $22.5 million.Meanwhile, a memorandum in support of Maxwell’s latest bail application said, “If Ms. Maxwell were to violate her bail conditions, which she has no intention of doing, she would be leaving her spouse … with virtually nothing.”

The filing added that Maxwell sold her New York apartment in 2015 “to live with her spouse.”