Culture From the Couch: The summer edition of what to read & watch

A symbol for the good of sports media, and a torchbearer for the Latin-American community

Covid in Scotland: Scots ordered to stay at home in new lockdown 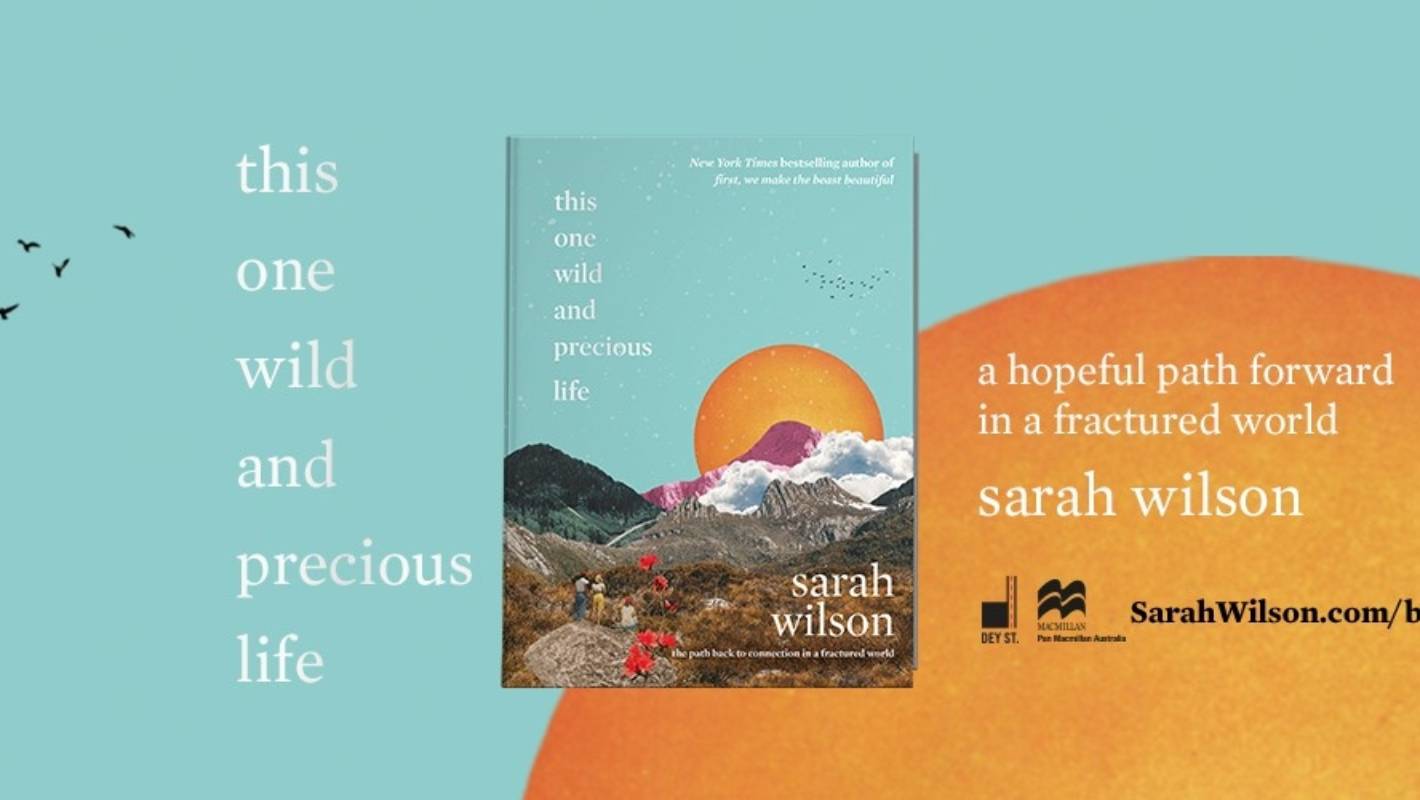 This story first appeared on capsulenz.com

Looking for the perfect book to take to the beach? Stuck for something new to watch on those nights in, or when the weather turns sour? Never fear, here are our picks for what to read and watch this summer!

BOOK: This One Wild and Precious Life: A Hopeful Path Forward in a Fractured World by Sarah Wilson

Sarah Wilson’s stunning book on living with anxiety, First, We Make the Beast Beautiful, has had a second wave of attention during Covid-19 and now this book offers us a way forward as we navigate the simultaneous crises of Covid-19, climate change, political polarisation and racial injustice.

But don’t for a second think the heavy topics make this book hard work – in fact, it’s a joyous wake-up call as to how we can reconnect with each other and with the world around us. A beautiful way to frame the world as we move into a new year.– Emma C

I’m three episodes in, and already I’m hooked onto this legal crime thriller and holding out for Tuesdays when each new episode drops. It stars Bryan Cranston (yip, from Breaking Bad) who stars as a respected judge in New Orleans. Then, on the anniversary of his wife’s murder, his son is involved in a hit-and-run that leads to a series of impossible choices.

It’s suspenseful, well crafted telly and a highly recommend it (so far) for those rainy days, or lazy summer evenings.

I mean, this book has an excellent cover, but I originally imagined I wouldn’t hold onto it and would instead gift it to one of the men in my life who would actually enjoy reading it.

Well, turns out, a few pages in, I was the one really enjoying it. You’ll get his distinctive Texan drawl in your head as he shares stranger-than-fiction stories from his past, with a rather refreshing side of self-help. It’s well worth it even just for the story of how his infamous ‘alright, alright, alright’ catch-phrase came to be.

Look, I watched this series because there was so much hype around it, AND Hugh Grant has been MIA lately, so I was keen to see what this was all about. Plus, I cannot resist anything that claims to have a murder mystery plot to it.

I wasn’t thoroughly convinced by this series – and even if you’ve avoided spoilers (well done) you probably will have heard that the final is very divisive, which IT IS.

In saying that, it feels like one of those series you simply must watch (at least so you can join in the convos this summer about Nicole Kidman’s forehead AND her INSANE wardrobe – the green coat is definitely something we all need to discuss).

BOOK: Burnout: The Secret to Unlocking the Stress Cycle by Emily and Amelia Nagoski

If there’s one book that has changed my life this year, it’s this one and I now want to press it into the hands of every woman I know. It explains why women experience burnout differently than men, and combines hard science with energy, empathy and wit to create a compelling, eye-opening read.

Learning about a ‘biological stress cycle’ has changed the way I think and behave – and in a year where burnout is a constant threat, it provides invaluable tools to alleviate stress.

If you haven’t signed up for a free trial of Apple TV, this should be the show you do it for. It’s easily one of my favourites of late, and no surprise that it was nominated for, and won a fair few Emmys and Golden Globes.

It stars Jennifer Aniston (who is at her best), Reese Witherspoon and Steve Carrell. Jennifer and Steve play Alex and Mitch, co-anchors of popular breakfast TV show, The Morning Show – roles the pair have had together for 15 years… until Mitch is fired amidst a sexual misconduct scandal, and Alex fights to retain her position as host against a competitive and complicated reporter, Bradley (Reese).

It sounds like the kind of premise that could be schmaltzy, light, rom-com fodder, but this show is serious complex, layered and surprisingly dark and dramatic. It’s one hell of a watch, and well worth a try.

BOOK: The Vanishing Half By Brit Bennett

I saw it quipped on Twitter that if you could still catch the subway in New York, this is the book every second person would be reading.

It really is that good – two African-American twin sisters run away from their small, racist community; a community where their pale skin is prized. When they end up in the big city, their lives takes a very different turn – one sister passes as white, one sister has a child with the darkest-skin man she can find. Years later, when both have had children, their lives intersect again.

This is a stunning book, absolutely worthy of all the praise that’s been placed upon it.

Yep, it’s been around for a while – it came out in 2016, but if you haven’t watched this six-series show, you need to take a look now.

If I had a dollar for every time I’d said, ‘Hmm, I feel like watching something like The Night Manager tonight.’ I’d have enough coin to pay for every streaming service I’d like to be signed up too.

It’s based on the 1993 John le Carre novel of the same name and stars Tom Hiddleston (you may know him from his roles in Thor, The Avengers and as Taylor Swift’s former flame), Hugh Laurie and Olivia Colman. It won three Golden Globes and is INCREDIBLE.

Essentially, Tom plays Johnathan Pine, a former British soldier who becomes the night manager of a Cairo hotel and is recruited to infiltrate an arms dealer’s inner circle.

I won’t say much more about the plot, because you need to watch this for yourself, seriously! Get watching!

Let’s put it straight: this is a sexy book. Sexy with a side of depressing, sure, but this debut novel about a struggling 20-something artist who begins an open-marriage affair with a married man twice her age is also blisteringly funny, in the darkest of humour, about love, life, being a broke 20-something and race (she is African-American, he is white).

It’s a cut above your average beach read but will be just as delicious to read. Think a witty Normal People, but with a female protagonist who has an actual personality.– Emma