US carrier to stay in Gulf due to Iranian ‘threats’: Pentagon | Middle East News 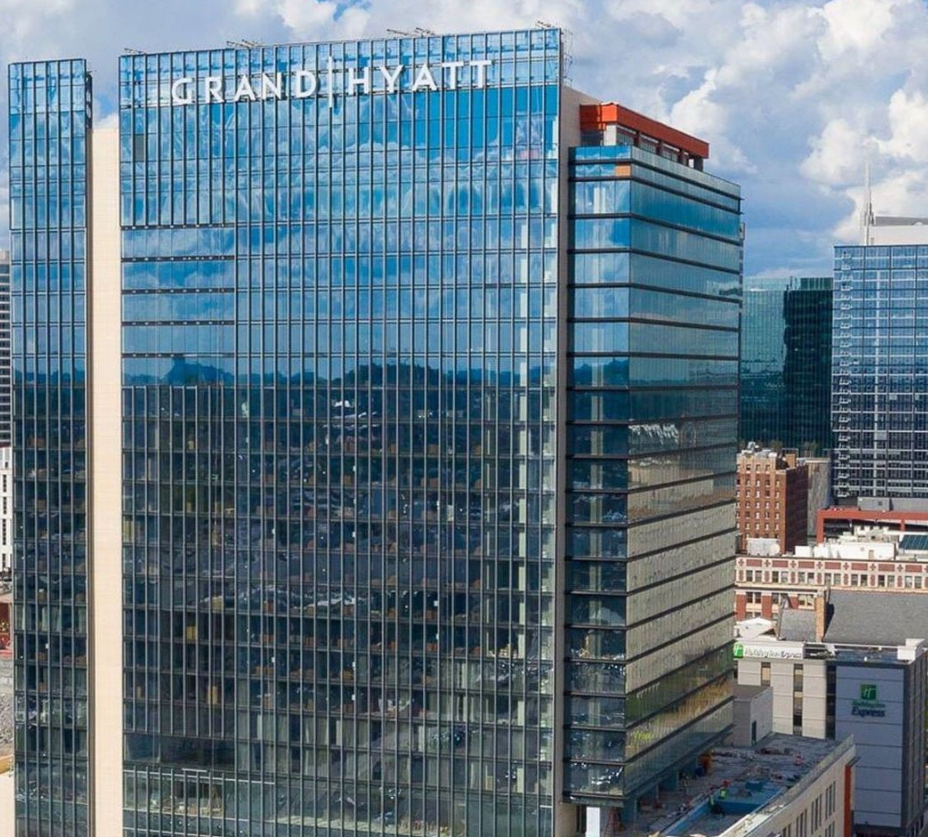 Two BASE jumpers leapt from the outdoor rooftop bar of the Grand Hyatt Nashville on Jan. 1, causing “mass panic” among the bar patrons who witnessed the ordeal, according to police.

Nashville resident Amanda Bagley was having a New Year’s reunion with friends at the rooftop lounge “when a couple guys base jumped off the roof,” she wrote on Facebook, sharing a now-viral video of her shock at seeing the men walk straight to the roof’s ledge and leap off.

BASE is an acronym for building, antenna, span and earth. Unlike skydivers, BASE jumpers leap with parachutes from fixed points like high buildings, cliffs or bridges.

Staff members tried to stop the men from jumping, but their calls went unheeded.

Bagley told Nashville’s WSMV TV. “I would be lying if (I said) I wasn’t experiencing some trauma. There was staff shouting that you can’t do that.”

In an e-mail to USA TODAY, Bagley wrote, “It was absolutely shocking. I felt like I was in a movie.”

“I noticed one of the guys walk in because of his gear. He just stuck out with the helmet and the GoPro,” Bagley told USA TODAY, saying the incident was at about 6 p.m. “Then I scanned lower to see the harness, then the bundled parachute in his right hand. In a moment of focus, I started filming. I wanted to make sure I captured what was going on.”

Nashville’s WKRN and CNN cited a Nashville Metro Police report stating the base jumping incident caused “mass panic” for bar patrons. No arrests have been made.

Hyatt confirmed the incident in a statement to WKRN, saying the men were staying at the hotel. The men have been banned due to the incident.

“We can confirm that an isolated situation occurred in the early evening on January 1, 2021, at Grand Hyatt Nashville involving two guests of the hotel. Two guests wearing parachutes jumped to the street level from the hotel’s rooftop lounge,” the statement said. “The hotel immediately engaged local authorities, and the guests were subsequently evicted and banned from the hotel. We vehemently condemn this kind of reckless behavior.”

USA TODAY has reached out to Nashville Metro Police and Hyatt hotels for further comment.