A look back at the worst playoff teams in NFL history, and how they performed 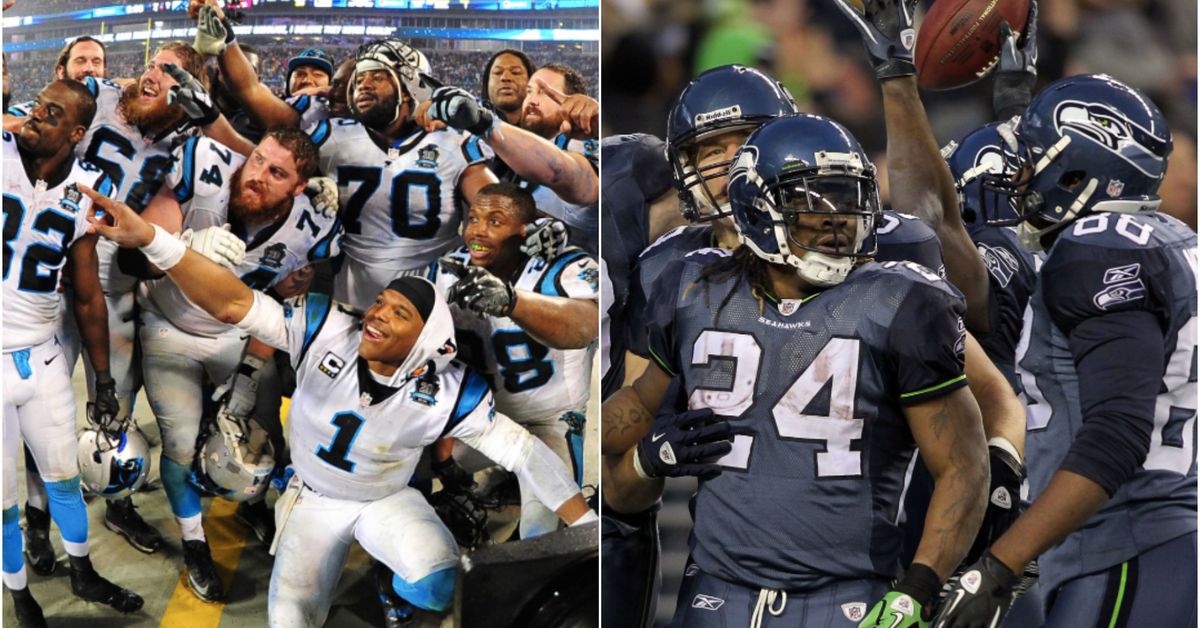 How have some of the worst teams to make the NFL playoffs fared? Aside from the 1982 strike-shortened season, which had two 4-5 teams in the postseason, there have been 14 teams with 8-8 records or worse go to the playoffs in the league’s history. Some of them actually ended up winning in the postseason!

Let’s take a look back at the teams with the worst records to get into the playoffs, listed in chronological order.

The Browns’ .500 record was good enough to finish first in the now-defunct AFC Central, and, in turn, that was good enough for a playoff bid. Quarterbacks Bernie Kosar and Gary Danielson split time under center for Cleveland, which was led by head coach Marty Schottenheimer.

What they did in the playoffs: Unfortunately for the Browns, their playoff dreams didn’t last long. In their first (and only) postseason game that year, they lost 24-21 to the Dolphins.

The 8-8 Saints clinched a wild card bid during Jim E. Mora’s fifth year as New Orleans’ head coach. Saints quarterback Steve Walsh went 6-5 as the starter, and he threw for 12 touchdowns and 13 interceptions. Running back Rueben Mayes had seven touchdowns while fullback Craig “Ironhead” Heyward chipped in with four. The Saints’ turnaround that season was impressive, too. New Orleans started the year 2-5, but then went 6-3 during the back end of the season to slip into the playoffs.

What they did in the playoffs: It was just the second time in franchise history New Orleans made the playoffs, but it couldn’t lock up its first ever postseason win. The Saints lost 16-6 to Mike Ditka’s Bears.

The Jets didn’t have much business being in the playoffs this season. At Week 8, they were just 4-4 with losses to the Seahawks, Bills, Bears, and Oilers. The second half of their season didn’t go much better — they lost three out of their last four games.

This team had some close games and even went 2-1 in overtime games. The Jets beat the Packers and Dolphins, and lost to the Bears in OT. Their overtime win against Miami in the final week of the season helped them secure the tiebreaker over the Dolphins, and the Jets made it in as a wild card team.

What they did in the playoffs: Head coach Bruce Coslet’s Jets lost, 17-10, to the Oilers to end the season at 8-9. For a decade between 1987 and 1997, this was the only time the Jets appeared in the postseason.

Both of these teams earned playoff bids despite finishing 8-8. The Cowboys were the second-best team in the NFC East behind Washington, and the Lions got a wild card bid out of the NFC Central.

Dallas’ quarterbacks that year were Troy Aikman and — wait for it — Jason Garrett, though backup Garrett only started in two games. The Cowboys going 8-8 that season was rather disappointing, considering they had the likes of Aikman, Emmitt Smith, and Deion Sanders on the team. However, they dealt with a lot of injuries (especially to Michael Irvin) that started to add up.

Detroit, meanwhile, had an abysmal last four games of the season, going 0-4 to end up at .500. This year was the Lions’ first without Hall of Famer Barry Sanders, so there were understandably some growing pains that went along with that.

What they did in the playoffs: In the Wild Card Round, both teams were beaten by double digits. The Cowboys lost 27-10 to the Vikings, while the Lions fell 27-13 to Washington.

In a postseason that had the Music City Miracle and the thrilling Rams-Titans Super Bowl, these two playoff games certainly didn’t live up to that standard.

Both Minnesota and St. Louis went 8-8 in 2004 — the Vikings out of the NFC North, and the Rams out of the NFC West. The Rams faced the Seahawks in the playoffs, and the Vikings drew the Packers. This was pretty interesting, given that the teams had already met twice in the regular season as divisional opponents.

The Rams beat the Seahawks twice in the regular season, the first time needing overtime to pull out a 33-27 victory. The Vikings lost twice to the Packers, however.

What they did in the playoffs: Despite both the Rams and Vikings being road underdogs, they each won their third meeting against their rival. The Vikings beat the Packers 31-17, and the Rams defeated the Seahawks 27-20. The two lost in the next round, though — the Vikings to the Eagles, and Rams to the Falcons.

The Giants were the No. 6 seed in the NFC in 2006, but it was looking like they’d be a much higher seed at the start of the season, sitting at 6-2 after Week 9. Then the Giants dropped six out of their last eight games to finish 8-8 in quarterback Eli Manning’s third season.

What they did in the playoffs: Unsurprisingly, the Giants lost their wild card game against the Eagles. Surprisingly, it took a last-second field goal for Philadelphia to earn the 23-20 win. Manning led the Giants to a Super Bowl win the following season, so the playoff disappointment didn’t last long for New York fans.

This San Diego team became quite the story during the 2008 season. The Chargers closed out the season winning their last four games, including a 52-21 win over the Broncos in Week 17 to give them the AFC West title.

What they did in the playoffs: The Philip Rivers-led Chargers kept that momentum going in the playoffs, where they were able to knock off Peyton Manning’s Colts 23-17 in overtime. Then in the Divisional Round, the Chargers lost to the Steelers, who went on to win the Super Bowl over the Cardinals that year.

Seattle made the postseason with a 7-9 (!) record during the regular season, finishing first in a down NFC West. Aside from the 1982 season that was shortened due to the players’ strike, this was the first time a team with a losing record made the playoffs. Five Thirty Eight was bold enough to call the 2010 Seahawks the worst playoff team ever:

The Seahawks are not any garden-variety 7-9 team: they are an incredibly bad 7-9 team.

First, consider the Seahawks’ point differential. They allowed 407 points during the regular season while scoring just 310, meaning that they were outscored by roughly a touchdown per game on average. Although it is quite common for NFL teams to reach the playoffs with a negative point differential, none has had one as poor as the Seahawks’ minus-97.

What they did in the playoffs: It was head coach Pete Carroll’s first season in Seattle, and even with the low expectations, he led his team to a 41-36 win over the Saints in the Wild Card Round. Seattle lost 35-24 to the Bears in the next round, but kudos to this bad Seahawks team for at least nabbing one postseason win.

Under new head coach John Fox, Denver finished in a three-way 8-8 tie for first place in the AFC West. The Broncos won the tiebreaker over Oakland and San Diego, and clinched a playoff spot when the Chargers beat the Raiders in Week 17.

What they did in the playoffs: Denver’s quarterback for the postseason was none other than Tim Tebow, who helped the Broncos upset the Steelers in overtime. Tebow found Demaryius Thomas for an 80-yard touchdown pass to get the victory:

That touchdown marked the longest-scoring play in NFL OT playoff history, and Thomas set a new Broncos franchise record for receiving yards in a playoff game (204). The Broncos’ magic ended in the next round against the New England Patriots, with a 45-10 blowout loss.

Like the 2010 Seattle team, the Panthers made it to the playoffs as the No. 4 seed even with a losing record. No team in the NFC South finished with a winning record that year.

In early December, Cam Newton injured his lower back in a car accident. Somehow, he only missed one game, and the Panthers reeled off four straight wins to win the division.

What they did in the playoffs: The Panthers weren’t the only ones with quarterback drama. Arizona starter Carson Palmer tore his ACL in Week 10. Then in Week 15, backup Drew Stanton also went down with a knee injury, leaving third-string Ryan Lindley (WHO?!) as the Cardinals’ starting quarterback for their playoff game against Carolina.

The Panthers beat the Cardinals 27-16 in the Wild Card Round in what was a terrible game overall:

Carolina lost the next week 31-17 to the Seahawks, who went on to lose to the Patriots in a much more entertaining Super Bowl.

With the 2020-21 NFL playoffs expanded to 14 teams, the Chicago Bears grabbed the third wild card spot with an 8-8 record.

The Washington Football Team claimed the NFC East title with a sub-.500 record. 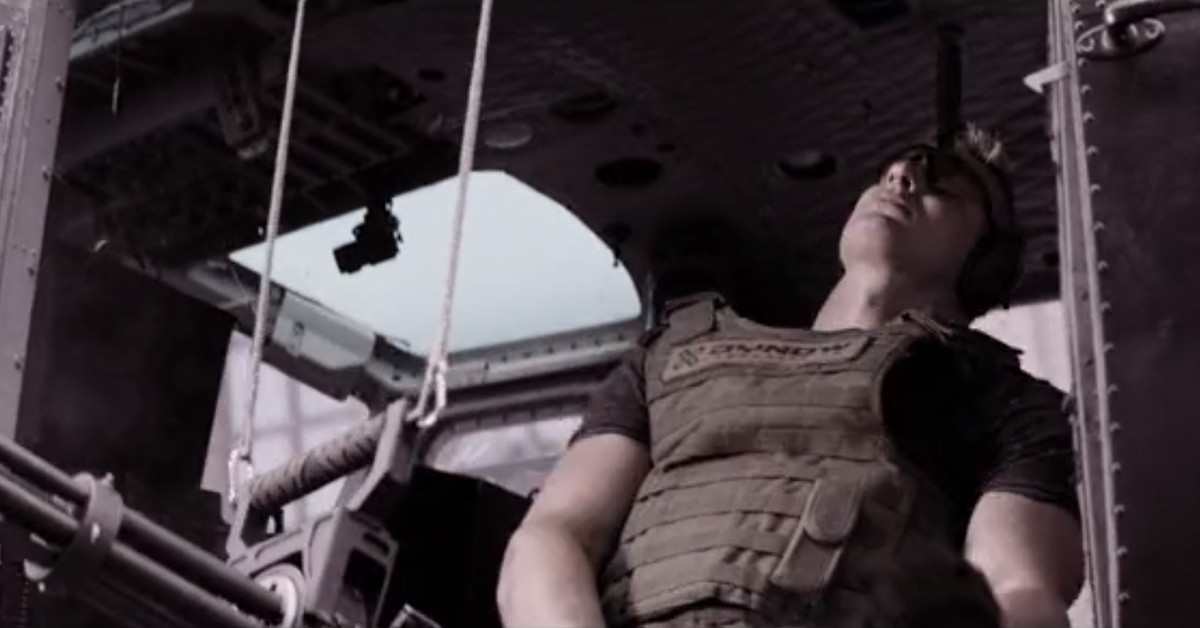