Trump has reportedly been convinced he actually won, tells advisers he may not vacate the White House

New fungi among a bumper crop of 2020 discoveries 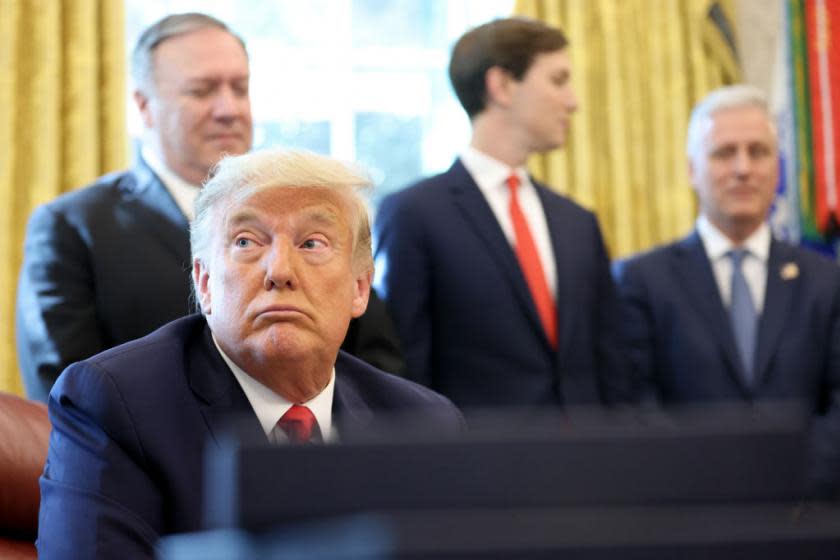 China forces hundreds of thousands of Uyghurs, Kazakhs, and Tibetans to pick cotton in fields of Xinjiang Province, according to a new report from the non-partisan think tank Center for Global Policy.Around 85 percent of China’s raw cotton supply, and 20 percent of the world’s supply, comes from Xinjiang. Swedish clothing company H&M severed ties with its Xinjiang supplier in September over forced labor accusations.There is “strong evidence that the production of the majority of Xinjiang’s cotton involves a coercive, state-run program targeting ethnic minority groups,” the CGP report concludes.The report, based on Chinese government documents and media reports, was authored by Dr. Adrian Zenz, a senior fellow at the Victims of Communism Memorial Foundation. Zenz has written extensive reports on the Chinese government’s reeducation camps for Uyghurs and other minorities, as well as China’s program of forced sterilization for Uyghur women.At least 570,000 people from three Uyghur regions alone were mobilized for forced labor in cotton fields in 2018, Zenz writes. However, “Xinjiang’s total labor transfer of ethnic minorities into cotton picking likely exceeds that figure by several hundred thousand.”Around 70 percent of Xinjiang cotton is hand-picked, including nearly all of its high-quality cotton mainly sourced from Uyghur regions. Policy documents and media reports reviewed by Zenz indicate that the forced labor programs are justified by alleviating alleged “backwards” Uyghur attitudes toward work.”Since cotton picking is hard work, state propaganda accounts of mobilizing pickers have the overarching theme of overcoming workers’ reticence to participate in the scheme,” Zenz writes. “This is unilaterally ascribed to two main factors: their outdated and backward employment views, which are said to cause minorities to be stuck in their traditional ways of making a living; and an ingrained laziness and lack of work discipline, even a lack of valuing work.”The U.S. has banned some, but not all, imports of cotton and textiles from Xinjiang. The Senate is considering passing the Uyghur Forced Labor Prevention Act, which would ban the import of any products made with forced labor in Xinjiang. Multinational corporations including Apple, Coca-Cola, and Nike, and pro-business groups including the U.S. Chamber of Commerce, are reportedly lobbying to water down the legislation.