Record-breaking snowstorm blankets parts of US 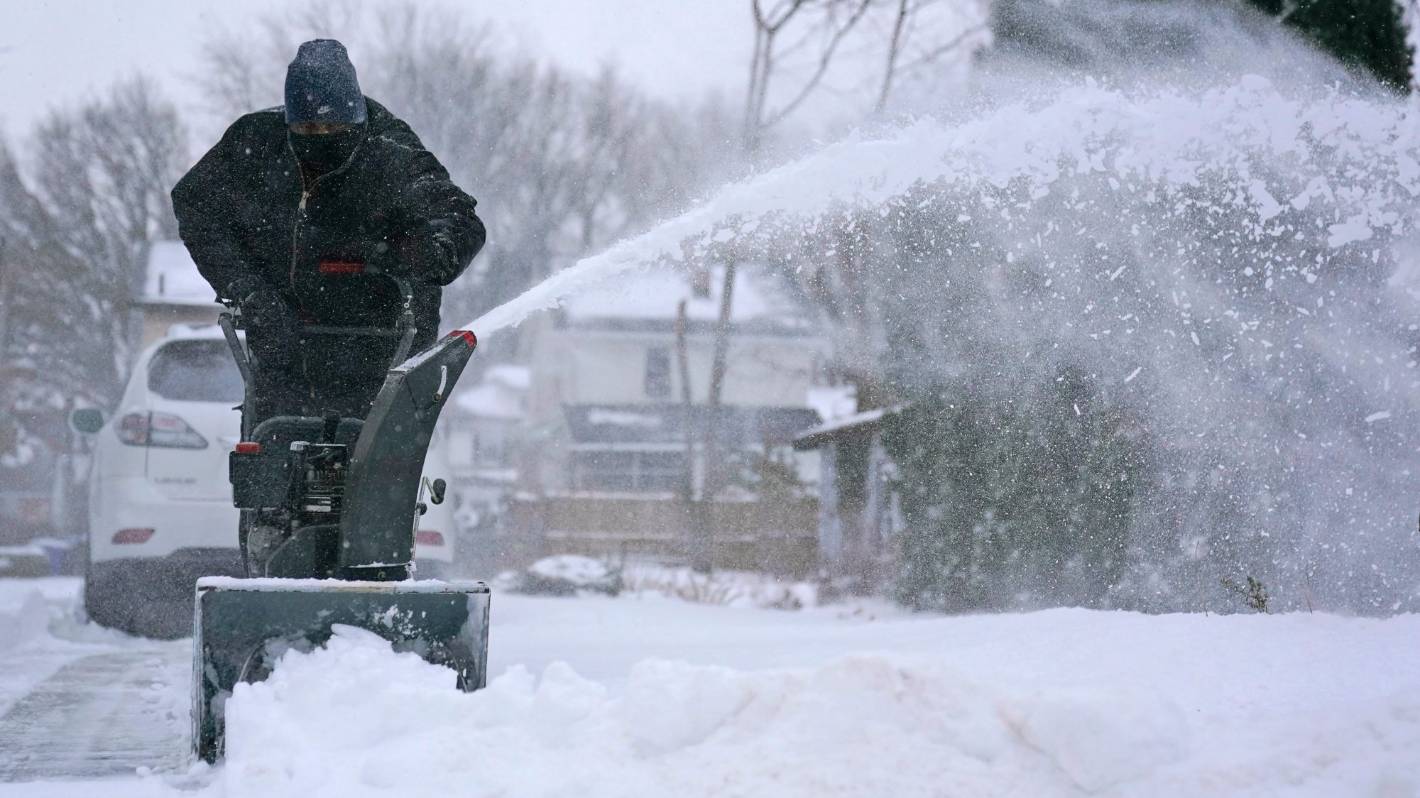 A large swath of the United States’ northeast has been blanketed in snow by the first major storm of the season, which smashed a decades-old snowfall record in Pennsylvania.

Forecasters said that was the most snow from a single storm on record, breaking the previous record of 24.1 inches (about 61cm) set there in January 1964.

Much of Pennsylvania’s western and central regions saw accumulations in the double digits.

Boston reported a record 9.1 inches (about 23cm) falling since midnight on Wednesday (local time), a meteorologist at the National Weather Service in Norton, Massachusetts, said.

“That is the new record right now, and it will probably be more before it’s done,” Bryce Williams said.

The previous record for snow fall on December 17 was recorded in 2013 when 6.4 inches (about 16cm) fell in Boston.

High elevations in the Berkshires saw the most snow, more than 1 foot (about 30.5cm), in Massachusetts.

Moderate to heavy snowfall is forecast through Thursday afternoon, with another 3 to 4 inches (around 9cm) accumulating before slowly tapering off.

Williams also warned of “a flash freeze situation” that could cause dangerous road conditions.

In New Hampshire, there were at least 50 crashes and disabled vehicles due to poor road conditions as of Thursday morning.

Officials did not say if there were any major injuries or deaths.

In eastern New York, where more than 2 feet (about 61cm) of snow was measured by 7am Thursday in suburban towns near Albany, numerous disabled cars were reported along Interstate 87.

The storm came at a critical time of the coronavirus pandemic, though officials said they didn’t expect the winter blast to disrupt vaccine distribution.

Covid-19 vaccines started being given to frontline health care workers earlier this week.