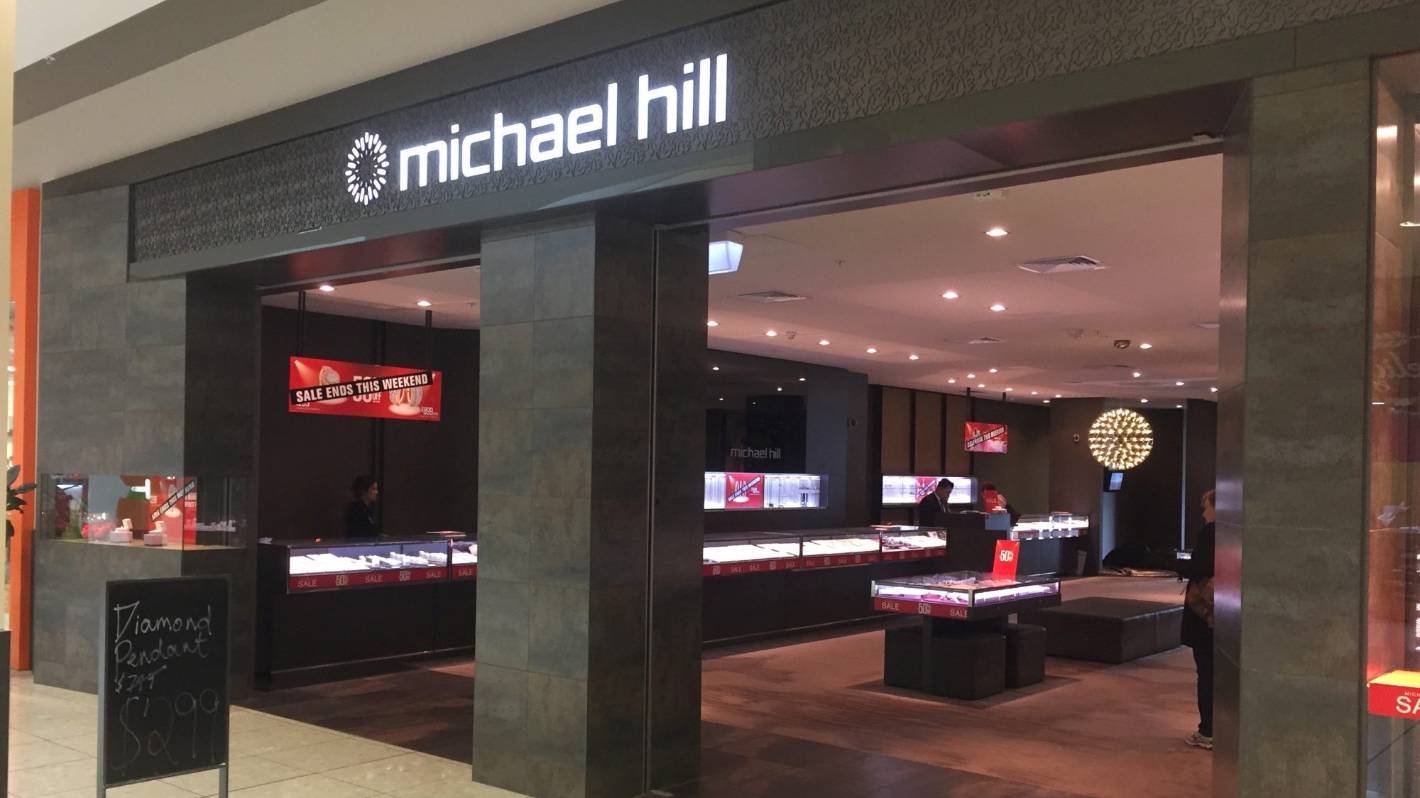 Jewellery was stolen during the aggravated robbery of a Michael Hill store in Auckland (file photo).

A 24-year-old man has been arrested and charged in relation to an aggravated robbery at a Michael Hill Jeweller store.

The incident took place on December 7 at the store inside Auckland’s NorthWest Shopping Centre.

“Several cabinet displays were smashed and jewellery worth tens of thousands of dollars was stolen by the alleged offenders who fled the scene.”

Inquiries made by police lead to two search warrants being carried out on Wednesday at two Auckland addresses.

A 24-year-old man was arrested as a result and charged with aggravated robbery.

He is due to appear in the Waitākere District Court today.

“Police are continuing to make enquiries in relation to a second man involved, and we cannot rule out making any further arrest,” Bunting said.