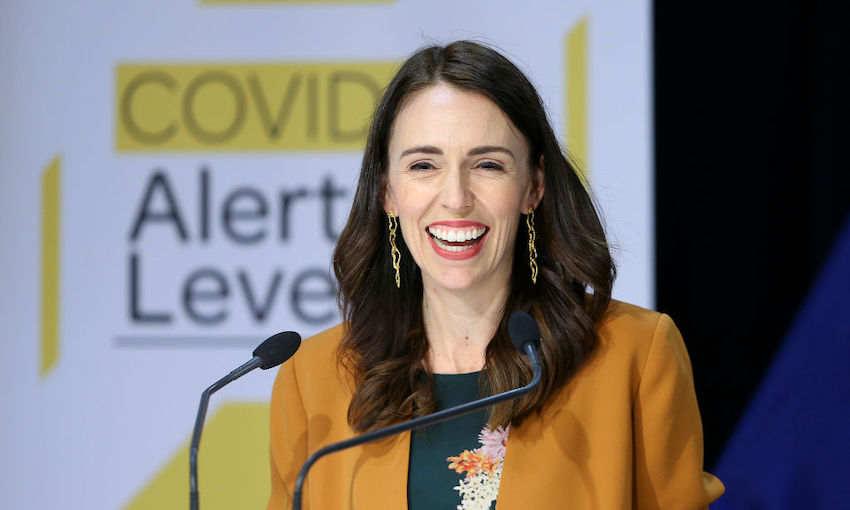 Welcome to The Spinoff’s live updates for December 17. Reach me at stewart@thespinoff.co.nz

The government’s secured two new Covid-19 vaccines, meaning there will be enough for every New Zealander to get the jab.

It’s in addition to the 750,000 courses of the Pfizer/BioNTech vaccine pre-purchased and five million courses from Janssen.

“We now have agreements in place with four providers, covering three different types of vaccine technology and we have secured more than enough doses to cover our entire population plus the Pacific,” Jacinda Ardern said.

The new vaccines have “proven to be safe and effective” by Medsafe, said Ardern, and will “provide broad population coverage for New Zealand and our Pacific neighbours”.

Getting one of the vaccines will be free for everybody, health minister Andrew Little confirmed. “Currently, given we have no community transmission, the first group who would be immunised are those most at risk of being exposed to Covid-19. This includes the border and MIQ workforce, the Covid-19 frontline healthcare workers, and their household contacts. This will further strengthen our border.”

The Ministry of Health has also purchased nine large minus-80 degree Celsius freezers that can store more than 1.5 million doses of the Pfizer-BioNTech vaccine. They are on track to arrive by the end of the year.

In addition to today’s new vaccine announcement, the government has confirmed $75 million of “Official Development Assistance” has been earmarked to support Pacific and global vaccine access and roll-out.

“New Zealand is pursuing a portfolio of potential Covid-19 vaccines to ensure we have flexibility and choice in the fast-moving global marketplace,” said foreign affairs minister Nanaia Mahuta.

“We want to make sure Pacific countries can also access suitable options, and have the support they need to run successful immunisation campaigns.”

Top stories from The Bulletin

The half-yearly economic and fiscal update has been released by Treasury, and the numbers are (in context) remarkably good. Politik has a good wrap of that context, and the key number is unemployment, which has been kept below the dire range that was being warned about earlier in the year. There’s a memorable line in the piece which sums the current economic situation up – “simply, the HYEFU shows that the Government has bought its way out of Covid.” And it has turned out to be a pretty savvy purchase.

Even so, the future outlook is pretty complicated, and 2021 won’t necessarily be an easy year. Analysing the figures, Stuff’s Luke Malpass notes suggestions that we’re still seeing an effect of displaced spending from lockdowns and closed borders, and that could start to dry up. He also notes that New Zealand “remains at the mercy of the global economic conditions”, which means that our trading partners might end up having much less ability or interest in buying our goods. Stuff’s Thomas Coughlan reports the economic upside has another effect – house prices will continue to rise much faster than wages, which in turn will deepen inequality.

An interim report by the Royal Commission into Abuse in Care was released, detailing systemic failures in the state’s handling of abuse claims.

The Treasury’s half year economic and fiscal update (HYEFU) said economic recovery will be much more robust than initially forecast.

There were four new cases of Covid-19 detected in managed isolation.

Speaker of the house Trevor Mallard appeared before a select committee to explain his role in a $300,000 legal dispute.

Retirement village operator Summerset announced it would pay back the $8.6 million it received through Covid-19 wage subsidy scheme.

All your questions about the Australian travel bubble, answered