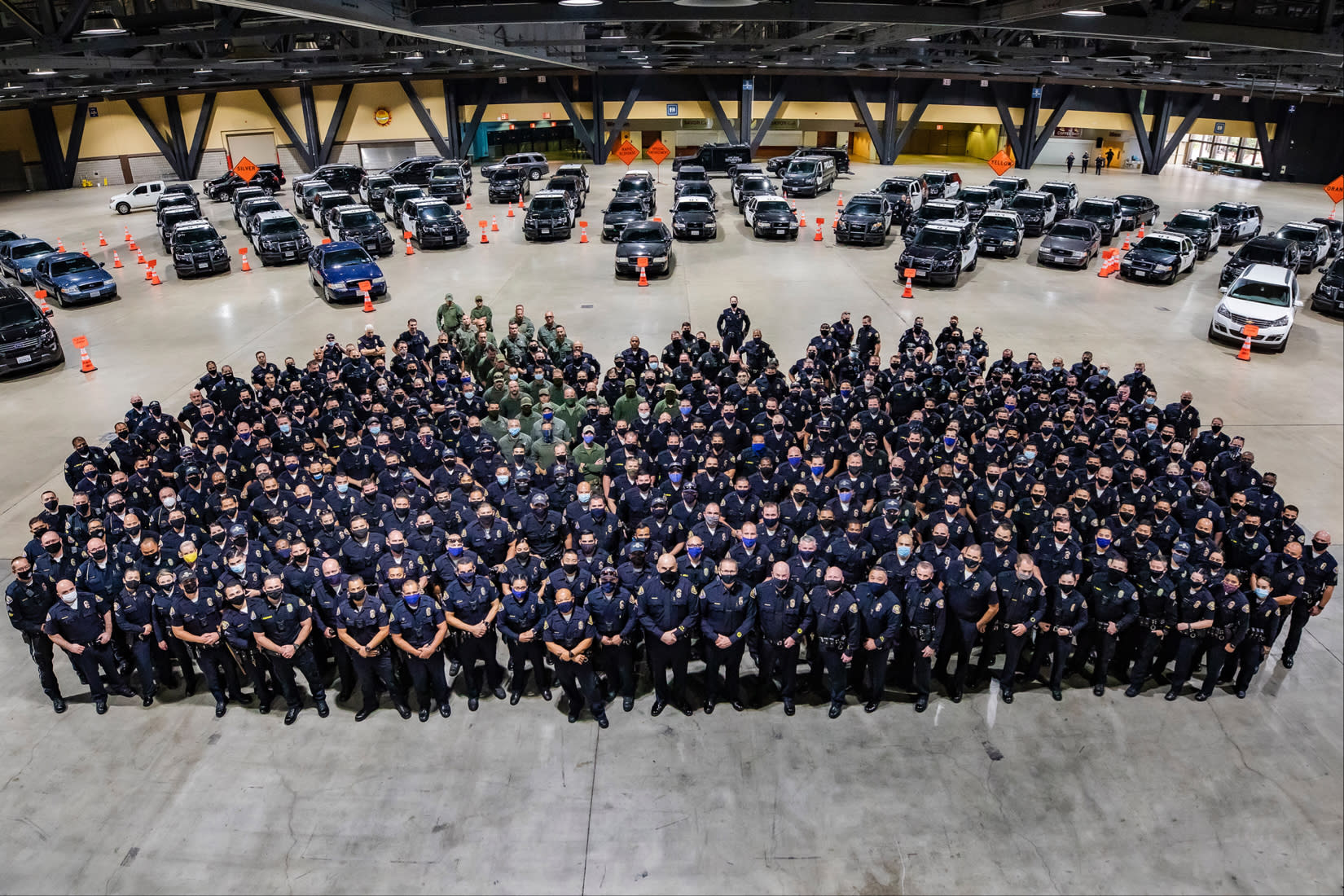 Two community groups filed complaints against a Southern California police agency after hundreds of its officers, many maskless, gathered under one roof and stood shoulder-to-shoulder.

“Not only was the assembly a violation of Health Department mandates but also a direct contradiction and demonstration of impunity that countered Mayor Robert Garcia’s pleas” for “all persons, including city employees to practice social distancing and wear masks,” according to the groups’ complaint, filed on Monday.

The officers had been training for potential post-election civil unrest and the preparation drills culminated with a meeting inside the Long Beach Convention Center on Nov. 5.

About 300 officers gathered for at least one picture of themselves — all with facial coverings — but another image was snapped with many appearing to be maskless at the event attended by top department brass.

That maskless photo ended up in the local Long Beach Post news site, raising concerns the event would be a coronavirus superspreader event.

Top department supervisors believed it was important to “attend the training event to address our officers and recognize and thank them for their time, dedication, and sacrifice during this election period,” Long Beach police spokeswoman Allison Gallagher said in a statement.

The department stopped short of apologizing, but said “we recognize the potential health and safety concerns that the photo raises regarding Covid-19.”

“We have also verified no positive Covid-19 cases have been attributed to this specific training day,” Gallagher said.

A rep for Long Beach Mayor Robert Garcia could not be immediately reached for comment on Wednesday.

Long Beach, which sits just south of south of Los Angeles, is home to more than 462,000 people and is California’s seventh largest city.

As of 11:59 p.m. PT on Monday, there were 94 Long Beach residents hospitalized with Covid-19 and 302 city residents have died during this pandemic, according to the city’s Department of Health and Human Services.