Ex-member of the exclusive Royal Auckland and Grange Golf Club and former New Zealand Herald owner Michael Horton has broken ranks with his former golf-playing peers to call out the club on plans to reduce the amount of rates it pays.

Retired newspaper publisher Michael Horton and a small group of concerned South Auckland residents are crying foul over a golf club’s request to rezone its property.

The Papatoetoe-based Royal Auckland and Grange Golf Club (RAGGC) wants to change 80 hectares of its beautifully manicured land from its current residential zoning to be an Open Space – Sport and Active Recreation zone, which people have until December 17 to make submissions on.

Michael Horton, a former member of the 125-year-old golf club, has spoken out against the move, given the rezoning doesn’t change the public’s access to the land and it relieves the club of a hefty rates bill.

“My main concern [if this plan change goes ahead] is they will occupy 80 hectares of prime land in the middle of South Auckland. There should be an opportunity for the public to use the space, that’s heavily subsidised by the ratepayer, in an area which has very little public amenity,” he told The Spinoff. 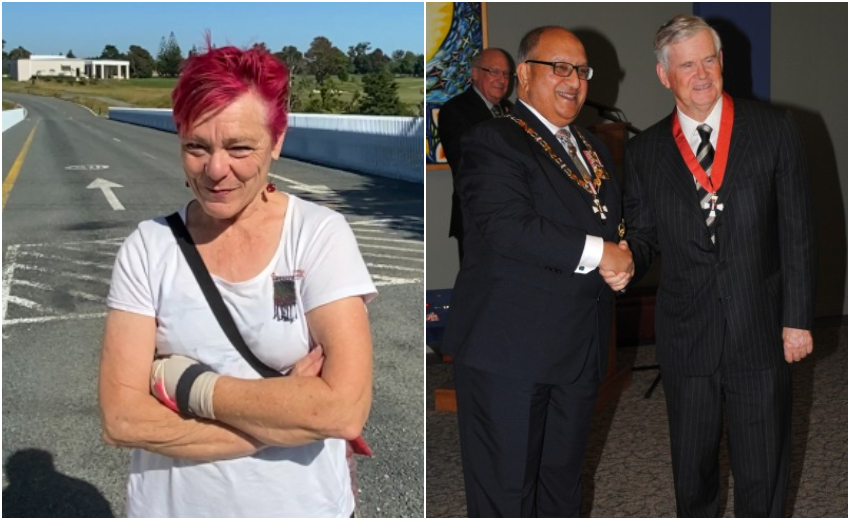 Respect Our Community Campaign (ROCC), a group of local residents from the Papatoetoe, Ōtāhuhu and Māngere area who speak up on issues they believe are detrimentally impacting it, say the land is perfectly located for housing, given its proximity to Middlemore hospital, schools, a railway station and the motorway.

“I don’t see why we should be subsidising these guys,” said ROCC’s Donna Wynd. “If it’s zoned residential, they should be paying residential rates, and the land should be used for housing.”

Horton, who is best known for his involvement in Wilson and Horton Ltd, the former publisher of the New Zealand Herald, of which he was managing director for 27 years, said the plan change follows on from the club’s large redevelopment project that has cost $66 million so far.

“I’ve been in conflict with them for about five years over the whole thing,” he said. “I initially opposed what they wanted to do, because they initially said it would cost $13 million, and then it ended up being a $66 million project. It’s a massive expenditure for a game of golf. They’re not building a hospital or something, it’s just a game of golf.”

Prior to applying for the plan change, the club sold off sections of its land, then redeveloped its site to increase the course from 18 to 27 holes, while also building a brand new clubhouse. Horton says the dispute turned toxic and he finally quit the club earlier this year.

“Their response to me felt pretty violent. When I’ve gotten up at meetings to suggest what they’re doing is inappropriate, I’ve been met with boos and hisses. It’s all pretty ugly,” said Horton.

“There’s a bunch of guys who, regardless of cost or anybody else, were going to do what they wanted to do, because they wanted to create the best golf course in Australasia and they wanted the kudos for it – that’s my assumption of it.

“When you see the course, it’s a joke, really. It’s got years of settling in before you even get a first-rate course. But these guys who took control have very little experience of business or golf course management or anything other than their egos.”

Horton’s ideal outcome would be for part of the course to be turned into a public park.

“The additional area where the extra nine holes is to be completed should instead be made available to residents who live in one of the country’s most deprived and under-resourced populations,” he said.

According to Grant Hewison, a lawyer who specialises in the Resource Management Act and a supporter of ROCC, it would be very difficult to force the club to use its private land for anything other than what it wishes, but council needs to understand what is lost if the plan change goes ahead.

“While the owners of land zoned for residential purposes probably cannot be legally compelled to use it for the purposes of residential housing or publicly accessible park, in a housing crisis, they should be paying for the opportunity cost of not doing so,” said Hewison.

And he says the legal argument for denying this plan change is clear.

“Auckland Council should turn down this proposed plan change as it will result in the loss of an area of residential zoning that is well located in relation to well-established community and transport infrastructure. Residential use is the most efficient and economic use of this land. This also aligns with the National Policy Standards on Urban Development and the Auckland Unitary Plan Regional Policy Statement, which aim to develop a well-connected compact urban form.”

We have put a number of questions to RAGGC chief executive Rob Selley, and he has provided this response: “The club has always, and continues to, pay council rates. [And] no, the plan change does not relate to the construction of the clubhouse and golf course. They are already built.”

Auckland Council has not responded to requests for comment.

The public can make their submission here.