Covid: London to move into tier 3 as infections rise

Colts run through Raiders like beef stroganoff, Chiefs keep sleepwalking to victory, and Steelers look like they are going to New Era Pinstripe Bowl 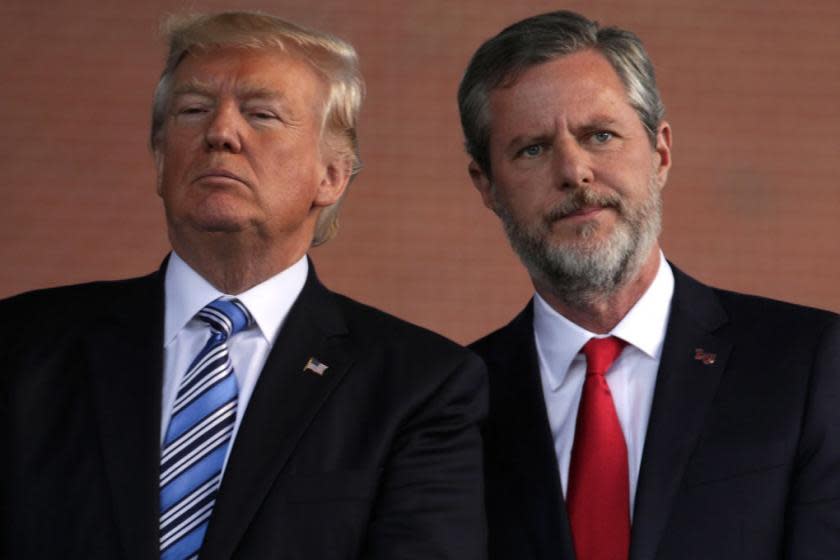 Jerry Falwell Jr. resigned as president of Liberty University in August after a series of scandals involving sexual indiscretions and questionable use of university funds on friends and family, but Liberty’s board is still split on the partisan direction Falwell steered the private evangelical Christian school founded by his father, Jerry Falwell Sr.

Especially divisive, Politico reports, is the question of whether Liberty should continue funding the Falkirk Center, a conservative “think tank” named after Falwell and GOP activist Charlie Kirk that “has produced no peer-reviewed academic work and bears little relation to study centers at other universities,” but did run “pro-Trump ads, hired Trump allies including former adviser Sebastian Gorka and current Trump attorney Jenna Ellis to serve as fellows, and, in recent weeks, has aggressively promoted [President] Trump’s baseless claims of election fraud.”

As a 501c(3) nonprofit, Liberty University is technically barred from supporting political candidates and spending money on political campaigns. But the Falkirk Center, founded in 2019, “purchased campaign-season ads on Facebook, at least $50,000’s worth of which were designated by the network as political ads, that promoted Trump and other Republican candidates by name,” Politico reports. And more generally, since endorsing Trump for president in 2016, Falwell has “pumped millions of the nonprofit religious institution’s funds into Republican causes and efforts to promote the Trump administration, blurring the lines between education and politics.”

Last July, for example, the Falkirk Center held a two-day summit on China policy at the Trump International Hotel in Washington, D.C., featuring a host of GOP officials and Trump allies but no Democratic speakers, Politico reports. Numerous evangelical groups have spent hundreds of thousands of dollars holding events at Trump’s Washington hotel, where “prominent evangelical ministers were given VIP status,” The New York Times reported in October. But Liberty University also has an academic mission, and slashed its humanities programs even as it poured millions into GOP organizations.

“The Falkirk Center, to me, represents everything that was wrong with Liberty when Jerry was there,” Karen Swallow Prior, a professor at Liberty for 21 years who left at the end of last school year, told Politico. “It’s brazenly partisan.” University spokesman Scott Lamb said the donations to GOP organizations “are consistent with the mission and focus of Liberty University as an evangelical Christian university,” and went toward “nonpartisan” activities like voter registration.