The Week 14 bets to avoid 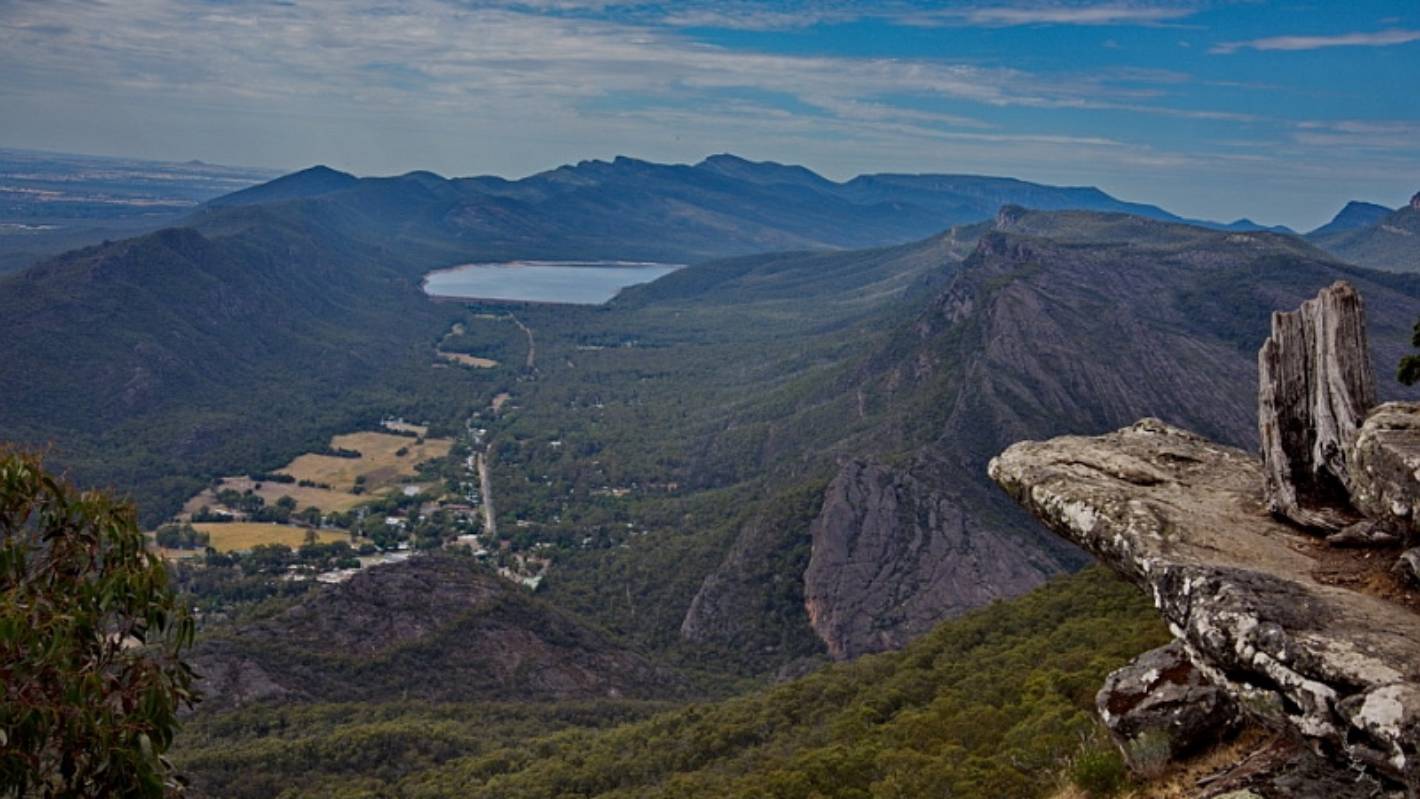 The view from the popular Boroka Lookout in the Grampians National Park.

A 38-year-old Australian woman who fell to her death in the Grampians over the weekend has been remembered as an ambitious, hard-working mother who was deeply admired by her friends and family.

Rosy Loomba, from Craigieburn in Melbourne’s north, died on Saturday afternoon after she fell about 80 metres from a cliff at Boroka Lookout, a popular tourist attraction in the Grampians in Victoria’s west.

Police say she had climbed past safety barriers at the rocky outcrop to take a photo when she fell.

Meenu Loomba described her sister-in-law as a kind and hard-working mother.

READ MORE:
* Five of New Zealand’s most dangerous photo spots and where to go instead
* Monolith mystery solved: Stunt artists seemingly claim responsibility, offer to sell them for $63K
* Dangerous selfies ‘can kill you’: Australian police warn after woman falls to her death

“Rosy was very lovely and [had a] strong personality as a human being, a daughter, a sister, a wife and mother. She was [a] hard worker,” Meenu Loomba told The Age.

“If there is something hard, she never [gave] up trying to find the solutions of the problem.”

Rosy Loomba was a mother of young children, according to her sister-in-law.

“She was trustworthy, organised and always used to have ambition to learn new things,” she said. “It’s hard to fill the loss because she is irreplaceable.”

It took police and the State Emergency Service more than six hours to retrieve the woman’s body on Saturday night.

Victoria’s Police Minister Lisa Neville described the incident as tragic and urged people not to risk their lives by chasing “extreme” photos for social media.

Neville said authorities could not barricade every dangerous spot in popular tourist areas to avoid deaths by misadventure.

“In the end, we can’t rope off every part of Victoria. People have to take responsibility,” Neville said. “That is dangerous behaviour.”

Melbourne woman Iman Kamarelddin said she had visited the same lookout to take a photo on an overhanging ledge only hours before the Craigieburn woman fell to her death.

“I was devastated. I honestly broke down and I was just so thankful it wasn’t me,” she told Nine News.

Grampians tour operator Graham Wood said he warned customers in the hour leading up to the woman’s death on Saturday afternoon that similar accidents “happen all the time, and one of these days someone’s going to fall off”.

Neville said the incident served as a stark reminder to tourists that ignoring safety barriers or warnings for a social media photo “can kill you”.

“What we saw yesterday was a really tragic outcome of behaviour that unfortunately we see too often,” she said.

“We see it on the Great Ocean Road all the time, and often our lifesavers are put at risk having to rescue people who are trying to do extreme photos for social media purposes.

“It not only puts you in harm’s way, but it actually risks our lifesavers, and our emergency services personnel who have to either try and rescue you or recover a body – and that’s what we’ve seen [on Saturday].”

Boroka Lookout’s spectacular views have made it a popular destination for both hikers and camera-carrying tourists, and was in the spotlight last year after a man was filmed performing a backflip on a cliff ledge.