McLaren Racing to sell third of company to US-based investors 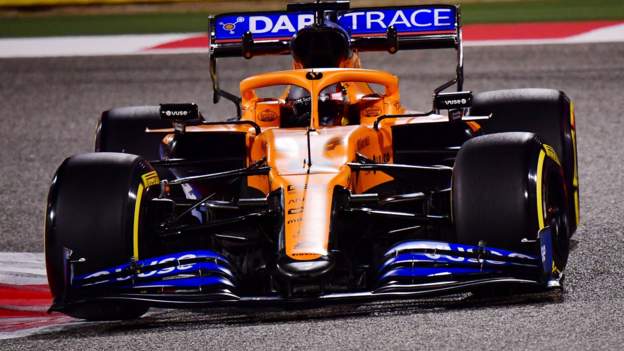 McLaren Racing has agreed to sell a third of the company to a group of United States-based investors.

The consortium has initially bought 15% of the firm running McLaren’s Formula 1 and IndyCar teams. It will rise to 33%.

“This investment bolsters our plan to return to contention for wins and championships in F1 and IndyCar,” said McLaren Racing chief Zak Brown.

Brown said MSP Sports Capital was “first and foremost a sports investor [which has] considerable experience and proven success in global sports properties”.

McLaren Group has facedfinancial difficultiesover the past few years, which were worsened in 2020 by the coronavirus crisis.

McLaren Racing chairman Paul Walsh said the impact of the pandemic had “highlighted” the financial vulnerability of the McLaren Group “so there was a high degree of urgency to get this done”.

“But we had the racing team that was continuing to spend money, as they should. That tension made everyone acutely aware that the fundamental model needed adjustment.

“We could have just trimmed our sails and dialled Zak back on the money he could spend, but then we would also have had to be true to ourselves that we would be dialling back on our ambitions. And we didn’t like that.

“So, basically, what we tried to put in place here is a fiscally appropriate model for the group but also equip Zak and the team to go and win. And that’s what I think we’ve accomplished.”

Among the investors in the group are private investment firm The Najafi Companies and UBS O’Connor, a hedge fund subsidiary of Swiss investment bank UBS.

As part of the deal, Jahm Najafi, chairman and chief executive of The Najafi Companies, will become a vice-chairman of McLaren Racing.

Jeff Moorad, principal of MSP, and Rodrigo Trelles Zabala of UBS O’Connor will join the McLaren Racing board as non-executive directors.

Moorad said: “We’re committed to assist the team in accomplishing its objective of returning to the front of the grid.”

Najafi said the new investors “feel very comfortable that we do not have any concerns about the financial capability [of McLaren], especially given the commitment we have made to the team”.

He added: “We have been working with the team at McLaren Racing for a few months now and have gone through their overall business plan and the objectives of not only having a viable financial race team but also one that’s highly competitive and is going to be financially strong in a position to compete for a championship.

“We believe in that business plan, we have looked at it very thoroughly and are very excited because we think that it’s real and possible.

“We believe this is sufficient in order to take us to a place and win a championship.”

Plans to refinance its factory, the Norman Foster-designed McLaren Technology Centre, selling it to an investor before leasing it back, remain in place.

Brown said on Saturday that McLaren is weighing up entries into the World Sportscar Championship and the all-electric Formula E series in the future.