Proud Boy Leader Says He Was Invited to White House. White House Says It Was Actually a Public Xmas Tour. 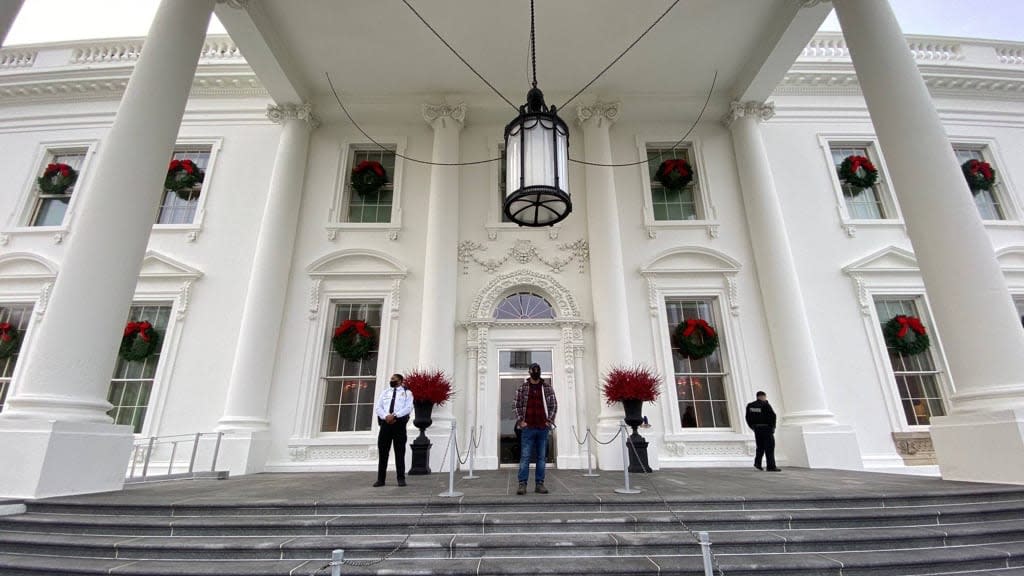 Proud Boys leader Enrique Tarrio said on Saturday that he had been invited to the White House, ostensibly while he was in Washington, D.C. to attend a series of rallies protesting the results of the 2020 election.

His posts, which were made on the Trumpian social media site Parler, set off alarm bells over the possibility that a top figure with a far-right, neo-fascist movement had been granted an audience with top government officials.

But the White House says that he was not, in fact, invited at all and was merely on a public Christmas tour of the complex.

“He was on a public WH Christmas tour,” Judd Deere, a White House spokesman, told The Daily Beast. “He did not have a meeting with the President nor did the WH invite him.”

Tarrio’s Parler post, accompanied by a picture of the north side of the White House, had the caption, “Last minute invite to an undisclosed location…” He then posted another photo from the south side balcony—both of which could conceivably have been taken on a public tour.

There was no indication from his posts that he stepped foot inside the White House or had an audience with any official.

The Proud Boys are a male-only organization that has a penchant for trying to stir up political violence, including at rallies like the one being hosted Saturday. Trump has infamously declined to denounce them in the past, telling members to simply “stand back and stand by” during his first debate with Joe Biden.

The president hinted earlier in the day that he would be visiting the rallygoers on Saturday. In November, he drove through a similar rally on his way to go golfing.

Tarrio didn’t respond to The Daily Beast’s request for comment.

With additional reporting by Will Sommer