Irving’s criticism of the media is legitimate, but he isn’t helping his argument with his latest antics 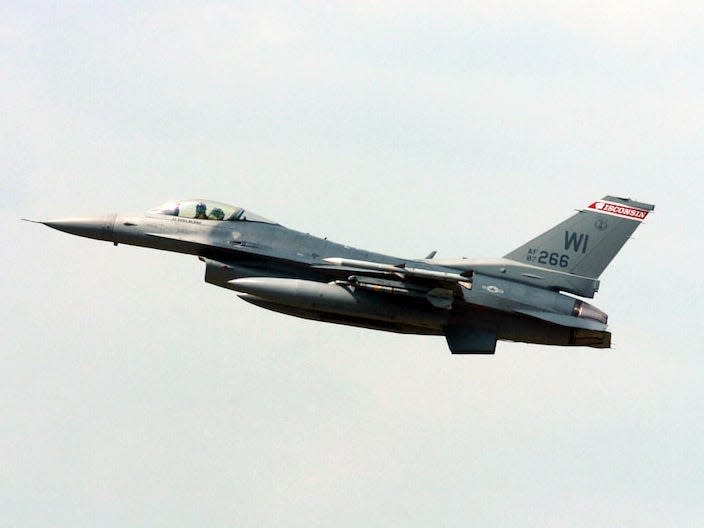 The fighter jet, which went down around 8 p.m. Tuesday in Delta County, Michigan, was assigned to the 115th Fighter Wing at Truax Field Air National Guard Base in Madison, Wisconsin.

“The cause of the crash, as well as the status of the pilot, are unknown at this time, and the incident is under investigation,” the Wisconsin National Guard said in the immediate aftermath.

On Thursday, the 115th Fighter Wing announced that the pilot, who was initially missing after the crash, had died. On Friday, the pilot was identified as 37-year-old Capt. Durwood “Hawk” Jones.

“We are deeply saddened by this tragic loss; our thoughts and prayers are with the family during this difficult time,” 115th Fighter Wing commander Col. Bart Van Roo said in a statement. “Today is a day for mourning, the 115th Fighter Wing and the entire Wisconsin National Guard stands with the pilot’s family as we grieve the loss of a great Airman, and patriot.”

“We are an extremely close knit group at the fighter wing, the loss of one of our own brings immeasurable sadness to every member of our organization,” he added.

The US military has seen a handful of F-16 crashes this year, some of which have been deadly.

In mid-July, a US Air Force F-16C Viper crashed while landing at Holloman Air Force base in New Mexico. The pilot of the single-seat aircraft was able to eject successfully and sustained only minor injuries.

In June, an Air Force F-16CM Fighting Falcon crashed during a late-night flight at Shaw Air Force Base in South Carolina. The pilot, 1st Lt. David Schmitz, died after being taken to a local hospital.

In November last year, Air Force Magazine reported that the Air Force said that it had seen no data pointing to any safety issues with the fighter aircraft, despite a string of F-16 crashes over the years.

Update: This post, which was initially published on 12/9/2020, has been updated to include the announcement on the pilot’s death and the pilot’s name.