Covid-19 tests for secondary school pupils in parts of London, Kent and Essex 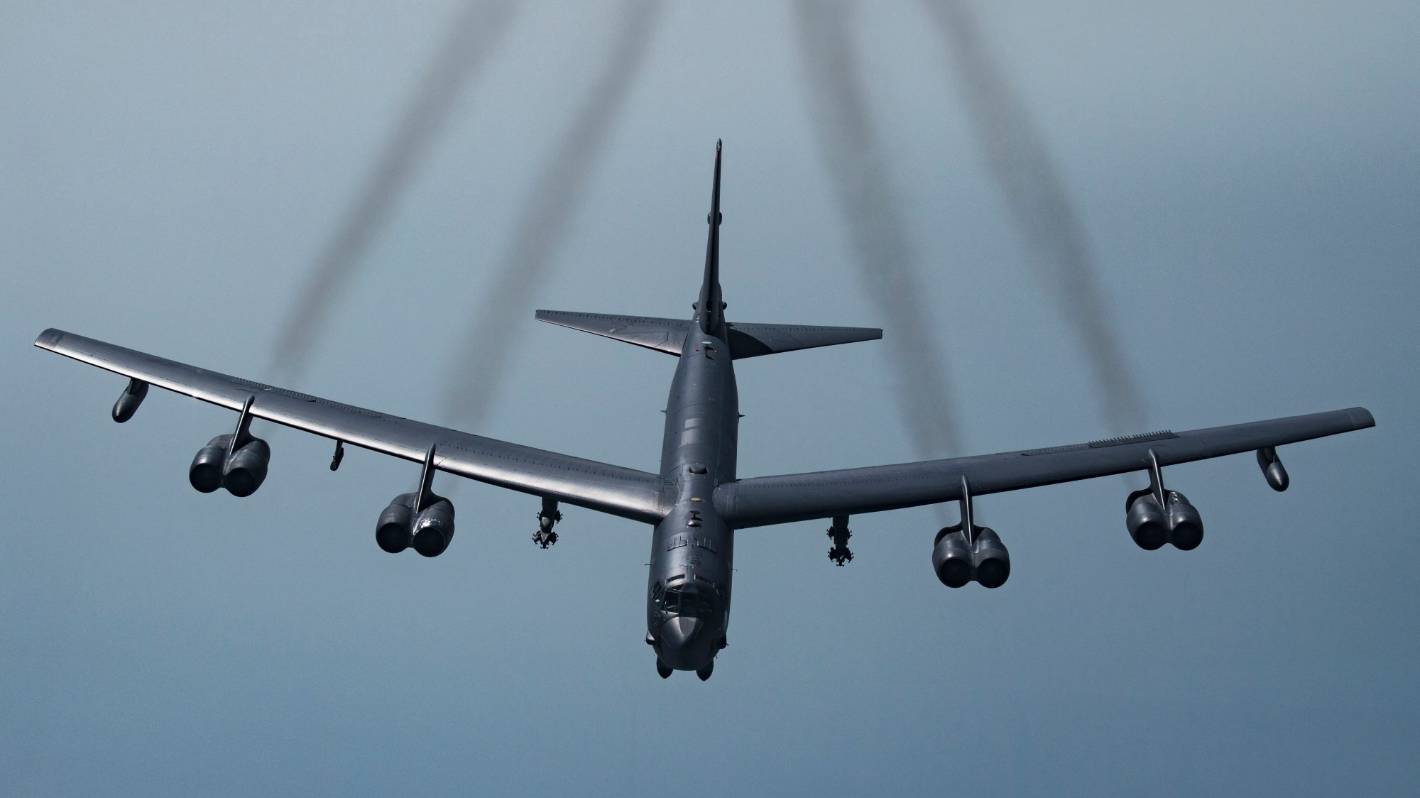 In a new show of military might, two American bomber aircraft flew from the United States to the Middle East in a round-trip mission that US officials said covered a wide swathe of the region and was a direct message of deterrence to Iran.

The flight of the two massive B-52H Stratofortress bombers, the second such mission in less than a month, was designed to underscore America’s continuing commitment to the Middle East even as President Donald Trump’s administration withdraws thousands of troops from Iraq and Afghanistan.

The long-range heavy bombers, which are capable of carrying both conventional and nuclear weapons, are a formidable sight and are flown less frequently in the Middle East than smaller combat aircraft, such as American fighter jets.

Adversaries often complain about bomber flights in their region, deeming them a provocative show of force.

“The ability to fly strategic bombers halfway across the world in a non-stop mission and to rapidly integrate them with multiple regional partners demonstrates our close working relationships and our shared commitment to regional security and stability,” General Frank McKenzie, the top US commander for the Middle East, said in a statement.

The troop cuts coupled with the impending departure of the USS Nimitz aircraft carrier strike group in the Gulf have fuelled allies’ concerns that the US is abandoning the region.

Those worries are compounded by fears that Iran may strike out at the US or allies in retaliation for the assassination of Iranian nuclear scientist Mohsen Fakhrizadeh.

Iran has blamed the death on Israel, which has been suspected in previous killings of Iranian nuclear scientists.

US officials are also worried about a possible Iranian retaliatory strike on the anniversary of the US airstrike that killed Iran’s top general, Qassem Soleimani, and senior Iraqi militia leaders near Baghdad’s airport in early January.

Iranian-backed militias routinely launch rockets near installations in Iraq where US and Iraqi troops are based, and officials worry about a larger, more deadly assault.

“We do not seek conflict,” McKenzie said, “but we must remain postured and committed to respond to any contingency or in opposition to any aggression.”

A senior military official, who spoke to a small group of reporters on the condition of anonymity to provide details of the mission, said the administration believes that the risk of an Iranian attack on US or allied interests in the region is a bit higher than normal now, and the Pentagon wants to ensure that Tehran thinks twice before doing anything.

Adding to the concerns is the presidential transition in the US following Joe Biden’s November victory over Trump. The official said Iran or other adversaries often believe the US may be weaker or slower to respond during a political transition, which American officials flatly deny.

Bomber deployments and short-term flights to the Middle East and Europe have been used in the past to message Iran, a few times in the last two years.

According to officials, the bombers flew out of Barksdale Air Force Base in Louisiana on Wednesday (local time) and conducted the flight into Thursday. Officially nicknamed the Stratofortress and informally known as the Big Ugly Fat Fellow, the B-52 gained lasting fame in Vietnam as an aerial terror.

The two bombers left the US Wednesday evening, arrived in the Middle East early Thursday morning, and then began the return trip home. They flew a roughly 36-hour mission, travelling across the Atlantic Ocean and Europe, then over the Arabian Peninsula and down the Persian Gulf, making a wide loop near Qatar and staying a safe distance from Iran’s coastline, said the military official.

The flight was coordinated with US allies in the region, and aircraft from Saudi Arabia, Bahrain and Qatar flew with the bombers as they travelled through the airspace, according to the official.

A senior defence official said the bombers did not drop any munitions of any type during the flight. On some training missions, US aircraft may deploy live, inert or simulated conventional weapons in order to ensure forces stay proficient.

US bombers from Minot Air Force Base in North Dakota flew a similar mission in late November.

The USS Nimitz, and as many as three other warships in its strike group, had been scheduled to head home by the end of the year, but they have been held in the region and no new timeline on the departure has been given.

Officials, however, have made it clear that the ships’ return hasn’t been decided and the additional time in the Gulf area is open-ended.

The Pentagon announced last month that the US will reduce troop levels in Iraq and Afghanistan by mid-January, asserting that the decision fulfils Trump’s pledge to bring forces home from America’s long wars.