Is this really the best time to promote home ownership? 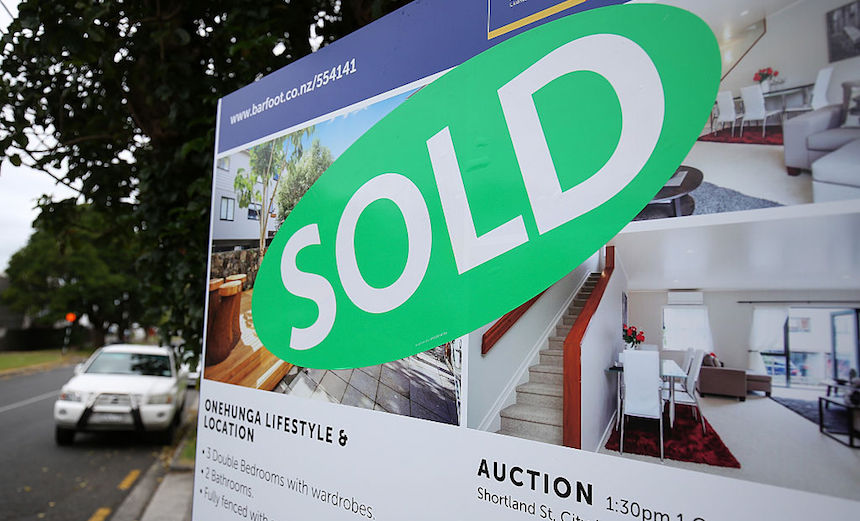 As New Zealand’s property market breaks new records, and politicians wring their hands about what to do, Child Poverty Action Group’s Frank Hogan suggests it’s actually the worst time to promote schemes to get people on the housing ladder.

The New Zealand housing market has never looked more like a Ponzi scheme than it does now. In the middle of a once in a century pandemic and what appears to be a fairly deep recession, median house sale prices have risen 20% on an annual basis. In small regions like Gisborne they have risen 34% over the past year. In late 2019 it took 9.1 years of the average weekly income to buy the median priced house. Now, in late 2020, it takes 10.4.

The reasons for this spike in house prices are quite explicable – they come down to poor policy choices over the past decade. These are well rehearsed and include unsupported immigration, poor regulation of banks, short-sighted monetary policy, an unwillingness to tax wealth, councils’ woeful land use and infrastructure planning, and productivity and competition problems in the construction sector.

If indeed New Zealand’s housing market is like a Ponzi scheme, we should be asking ourselves about the wisdom of policies intended to get more families into home ownership. Are we really just setting them up to take the hit of sudden property price drops, and then spend their working lives paying off what were once overpriced assets?

Home ownership is of course more than just building up wealth. A house which you eventually own becomes a place of security and identity for your family. Owner-occupied households generally have better social and economic outcomes than tenant households, so home ownership is sometimes promoted as a panacea for many social problems.

One problem with such a diagnosis in New Zealand is that our home ownership rate has fallen almost continuously since 1991. This coincides with a radical turn in housing policy away from home ownership subsidies and towards rental accommodation supplements. That was also the year of Ruth Richardson’s ‘mother of all budgets’ which brought in benefit cuts and market rents for state houses.

In 1991 73% of households owned their home with or without a mortgage. Today that rate is just above 64%. If New Zealand had a home ownership rate of 73% today there would be 160,000 more households in a home they owned.

Recently things have changed a little. The decline in home ownership rates has slowed right down, changing little between the 2013 and 2018 censuses. Over the past year almost 19% of housing mortgages by value were loaned to first time home buyers – up from 10% five years ago. During the year to September 2020 more than 18,000 households borrowed almost $13 billion to purchase their first home. This was an eye watering average debt of $710,000. In 2015 this average debt was just over $430,000.

The government is making some efforts to assist first home buyers as well, with $1 billion earmarked for this purpose through to 2024. But this is chicken feed compared with the $50 billion which will likely be borrowed by first home buyers over the same period. The problem here is one of scale and scope. The assistance offered in these programmes is very modest and eligibility for them is limited. As house prices rise these limitations become worse.

The largest home ownership support programme is the KiwiSaver First Home withdrawal programme which allows first home buyers to withdraw their own contributions into KiwiSaver. This isn’t really an assistance programme since participants are only getting their own money. During the year to June 2020 almost 42,000 people withdrew nearly $1.2 billion from KiwiSaver to help them buy their first home. This is still only $27,000 per person.

Encouragingly, the government is moving into a progressive home ownership programme and has allocated $400 million to it. Depending on how it works this may assist up to 4000 tenant households into home ownership through rent-to buy schemes. This will provide meaningful assistance to these households as they probably would not have escaped the rent trap otherwise.

However, now is probably the worst time to start a comprehensive home ownership assistance programme, which would just further inflame an already overheated housing market. Subsidies quickly get built into prices and neither the home buyer nor the taxpayer get value for money. A correction to the housing market must come at some point, and that will be time to ramp up home ownership support programmes.