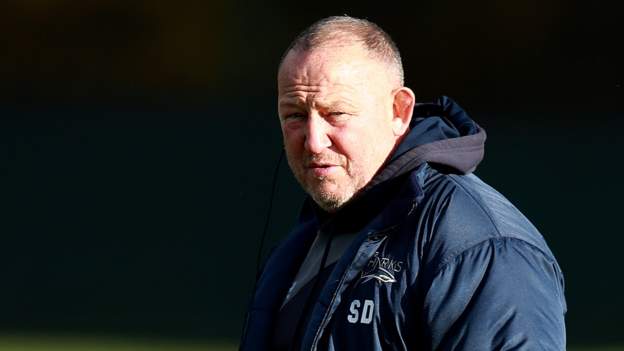 Sale director of rugby Steve Diamond has left the Premiership club after 10 years in charge for personal reasons.

He leaves the Sharks just three matches into the 2020-21 Premiership season, the team having won two of those games.

“I now look forward to taking some time out and planning my next challenge,” he told the club website.

Sale say attack and skills coach Paul Deacon – a former Bradford Bulls and Wigan rugby league player – will be head coach while the club “take stock and plan for the future”.

After briefly working as a coach at Sale in 2001 after hanging up his boots, Diamond worked with England Saxons, Saracens and Russia before returning to the club a decade later.

He led them to the Premiership Rugby Cup title in September, but Sale missed out on reaching the Premiership play-offs last season after a coronavirus outbreak forced them to forfeit their final game of the campaign.

“I feel that this is the perfect moment to hand over to someone else, given the club is now stable and in a great position to compete at the highest level,” Diamond said.

“We have acquired a world class training facility, built an academy that is the envy of many Premiership clubs and constructed a squad that can win tournaments and trophies at domestic and European level.”

Sale are set to begin their Champions Cup campaign on Saturday with a trip to French side Toulon.