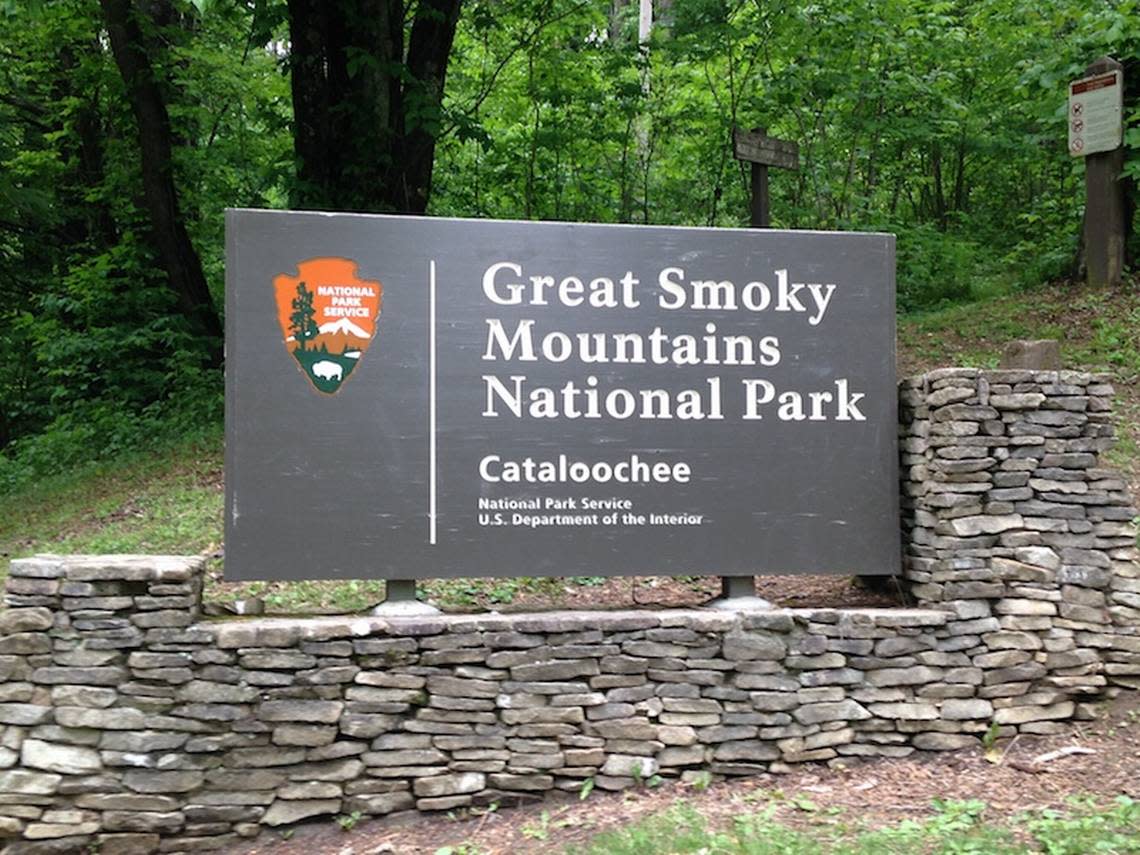 Multiple homeless men reported being raped by two men over the course of three years in the wilderness of the Great Smoky Mountains National Park, according to law enforcement.

Now their accused attackers are going to prison.

Dusty William Oliver, 41, and Richard Graham, 49, were sentenced to a combined 44 years in prison after pleading guilty to aggravated sexual abuse last year, the U.S. Attorney’s Office for the Eastern District of Tennessee said Monday in a news release. Both men will have to register as sex offenders after their release from prison.

“The defendant has no respect for the law or for the men he raped. This combination is extraordinarily dangerous to the community,” prosecutors said in court filings. “He and his partner, Oliver, targeted the weak and downtrodden for their own sexual gratification. It was a game for them.”

Oliver and Graham began dating in 2008, according to court filings. But it wasn’t until 2012 that prosecutors said they began targeting homeless people in eastern Tennessee.

The pair told investigators they would drive “around Knoxville looking for homeless men who appeared to be drunk or under the influence of narcotics with whom they could have sex.” Prosecutors said it was part of a pattern — preying on “homeless, drug-addicted, heterosexual males, who they believed were unlikely to report their attacks to law enforcement.”

The first victim told police he was walking on Chapman Highway in June 2012 when two men pulled up alongside him in their car, prosecutors said.

Chapman Highway runs just outside Knoxville, Tennessee. Prosecutors said Oliver and Graham picked up their victims from a stretch of the highway close to the Knox Area Rescue Mission, which provides meals, shelter and recovery services for poor and homeless people.

The pair offered to take their first victim — who told law enforcement he was “heavily intoxicated” at the time — to see the car races in Bristol, according to court filings. But Oliver and Graham didn’t take him to Bristol, which is two hours northeast of Knoxville.

Instead, prosecutors said they drove south to the Great Smoky Mountains.

The homeless man told law enforcement he was taken on a dark trail and sexually assaulted “even though he pleaded for them to stop,” court filings state. Though the man was reportedly afraid his attackers “were going to kill him and leave him in the dark woods,” Oliver and Graham eventually dropped him off at a nearby gas station, where he called the police.

Prosecutors said a rape kit was used, but the investigation stalled because the man couldn’t remember details about the men who attacked him.

It wasn’t until a second assault was reported a few years later that investigators began making headway.

According to court filings, another homeless person who told law enforcement he struggled with drug addiction was picked up near the same spot on Chapman Highway and driven to the Great Smoky Mountains in November 2015.

Similar to the first victim, prosecutors said the man was led up an “unlit trail” around 8:30 p.m. and sexually assaulted by Oliver and Graham. They then “dumped him out of their vehicle” at the intersection of Kingston Pike and Highway 129 in Knoxville, court filings state.

The man walked to the University of Tennessee Hospital and reported being raped, prosecutors said. Hospital staff then performed a rape kit. The DNA sample from the kit matched that of the first victim’s from three years prior, according to court filings. But this time, the victim was reportedly able to identify his attackers, their tattoos and the gas stations where they stopped along the way.

Prosecutors pushed for lengthy sentences, pointing in-part to Oliver’s prior rape conviction involving a 16-year-old girl when he was 26. They called the alleged attacks “heinous” and said the victims will “for the rest of their lives be haunted by the nightmare” that was chosen for them.

“Vulnerable homeless men do not need to be afraid to accept random acts of kindness for fear of being brutalized,” prosecutors said in court filings. “People in the community and tourists who come to visit should not have to be concerned about attacks occurring on hiking trails in (the Great Smoky Mountains National Park).”

Others who believe they may have been subject to an attack by Oliver and Graham are encouraged to come forward.

“To ensure that we’ve heard the voices of all victims, investigators continue to welcome any information about additional assaults that may be associated with Graham and Oliver,” said Cassius Cash, superintendent of the Great Smoky Mountains National Park.