Browns are no longer worse than three-week-old sewage 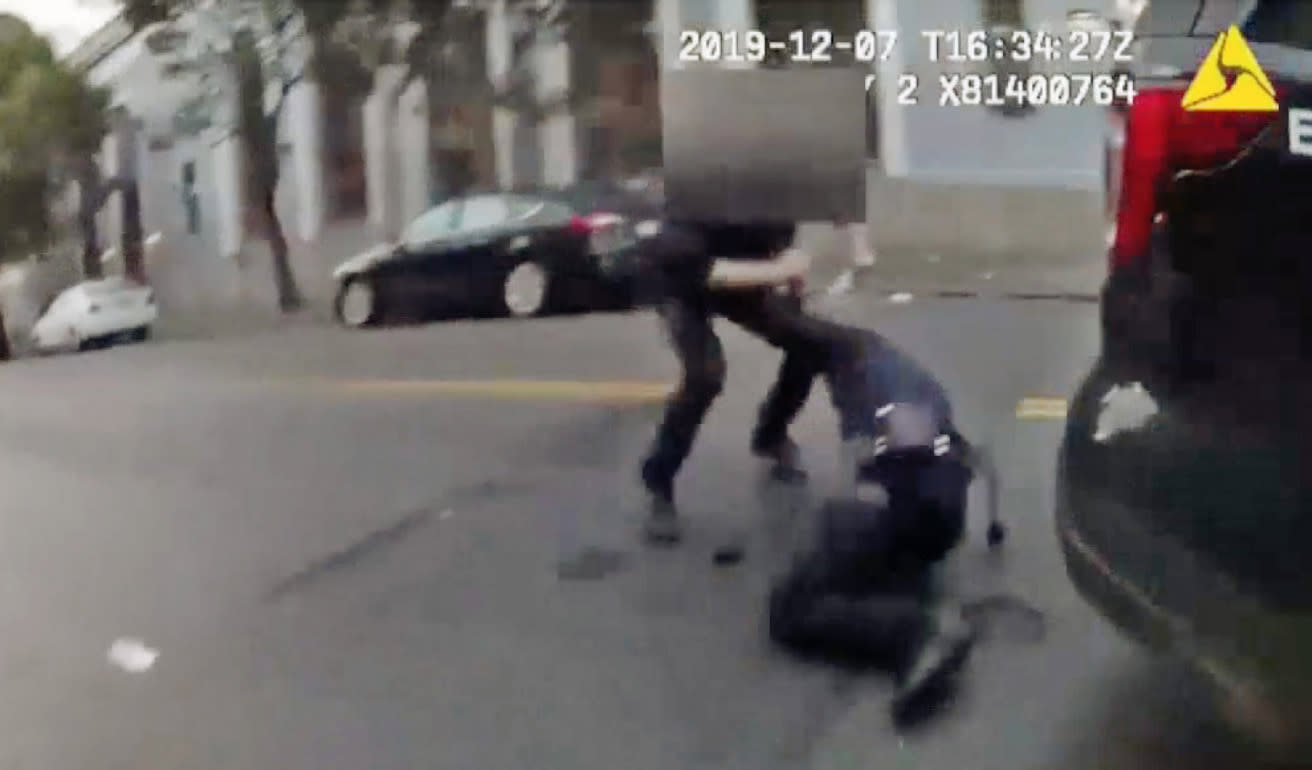 A San Francisco grand jury indicted a police officer whose actions led to a leg amputation for a burglary suspect after the man allegedly attacked officers with a liquor bottle last year, authorities said Monday.

The suspect, Jamaica Hampton, 25, was also indicted, though San Francisco District Attorney Chesa Boudin did not say what charges the men face over the Dec. 7 incident in the city’s Mission district.

In a brief statement, Boudin said the indictment was returned Friday. He said he would provide more information when an arraignment is scheduled, and he encouraged Hampton and the officer, Christopher Flores, to turn themselves in.

In a statement last December, police said the shooting occurred after authorities were alerted to multiple attempted break-ins at an apartment and police cars.

After two officers, Flores and Sterling Hayes, identified Hampton as a potential suspect, Hampton allegedly struck Flores in the head with a vodka bottle repeatedly. The alleged assault injured Flores and caused him to lose his baton, police said.

Hampton’s lawyer, Danielle Harris, said Monday that he was experiencing a “crisis state due to a pre-existing behavioral health condition” when he encountered the officers.

Body camera video appears to show Hampton running away from Flores and Hayes while they order him to the ground. The statement said officers also used pepper spray, which had no effect.

After Hampton allegedly charged Hayes with a bottle, the officer opened fire, striking Hampton, who fell to the ground, police said.

In the statement, police said the final bullet was fired after Hampton “rose to his knees and then began to move” in the officer’s direction.

Hampton was arrested on suspicion of assault with a deadly weapon, assault on a peace officer and other alleged crimes, though Boudin withdrew those charges in January, saying that the officers’ use of force was under investigation and that there were “multiple victims who are seeking, and who deserve justice.”

The president of the San Francisco Police Officers Association, Tony Montoya, criticized the decision, noting that Flores’ skull had been fractured and saying it amounted to declaring “open season” on police, NBC Bay Area reported.

Montoya did not respond to a request for comment Monday, nor did the San Francisco Police Department. Efforts to reach Flores were unsuccessful.

Hampton’s lawyer told NBC News that the shooting required Hampton to have his left leg amputated. It also caused permanent nerve damage to his left arm, she said.

She said Hampton had been shot repeatedly, “even after he was injured and down. Jamaica has been punished far more than the law would ever allow.”

Harris added that a crisis intervention team should have been summoned to the scene, as San Francisco police policy requires.

She said she was “saddened but not surprised” by the indictment.

“I don’t believe that our legal system or community have anything to gain from prosecuting Jamaica Hampton given the swift and severe street justice that was dealt to him by police,” she said.